Due to the global health concerns related to Covid-19 our team is working from home.
We are very grateful to those of you that want to support us by buying merchandise but be aware that you may not receive your items for up to 14 days.
Back to 2011 Line Up
Fri 21st October 2011
This is an archive item from Supersonic 2011 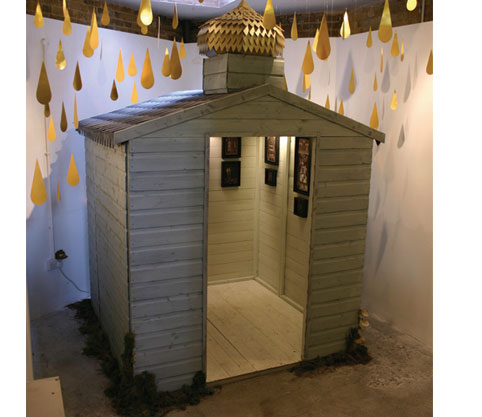 “From straunge and dampe woodlands is borne Herman Inclusus, a plagve ridden scholar, chronicler and adept of an unheralded preisthood whoth sanctifies the Despondent. He has brought fourthe his collections of unholy relics and exhvmed icons to illuminate your pervertd souls. Blesseth the sicke. Hail Herman Inclusus. ”

Herman Inclusus is the pseudonym of Stuart Kolakovich. Here he will present new works inside a shed that has been converted to an Orthodox style church.

Stuart Kolakovic was born in the Midlands, UK – home to Black Sabbath and industrial pollution. Graduating from the Illustration course at Kingston University in 2007, his final major project, Milorad, an 80 page comic about his Serbian Grandfather, won a D&AD New Blood Award and came runner up in The Observer / Jonathan Cape, Graphic Short Story Prize.

Since graduating Stuart has worked consistently, consolidating his drawing, inspired and influenced by his Eastern European heritage and it’s folk art aesthetic. Whilst the visual impetus behind his work may be apparent, for Stuart, the need to communicate and to tell a story, is the most important aspect of folk art. 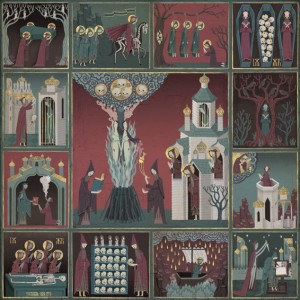