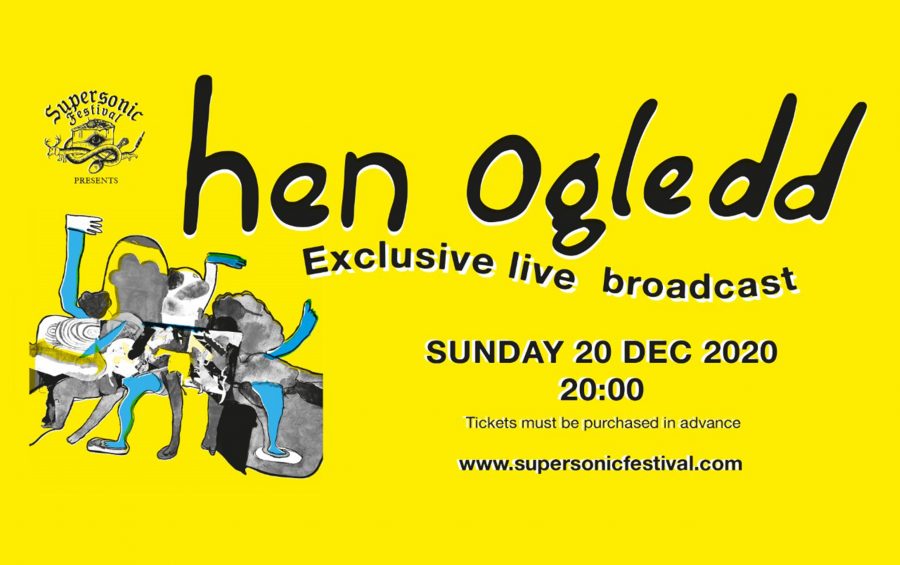 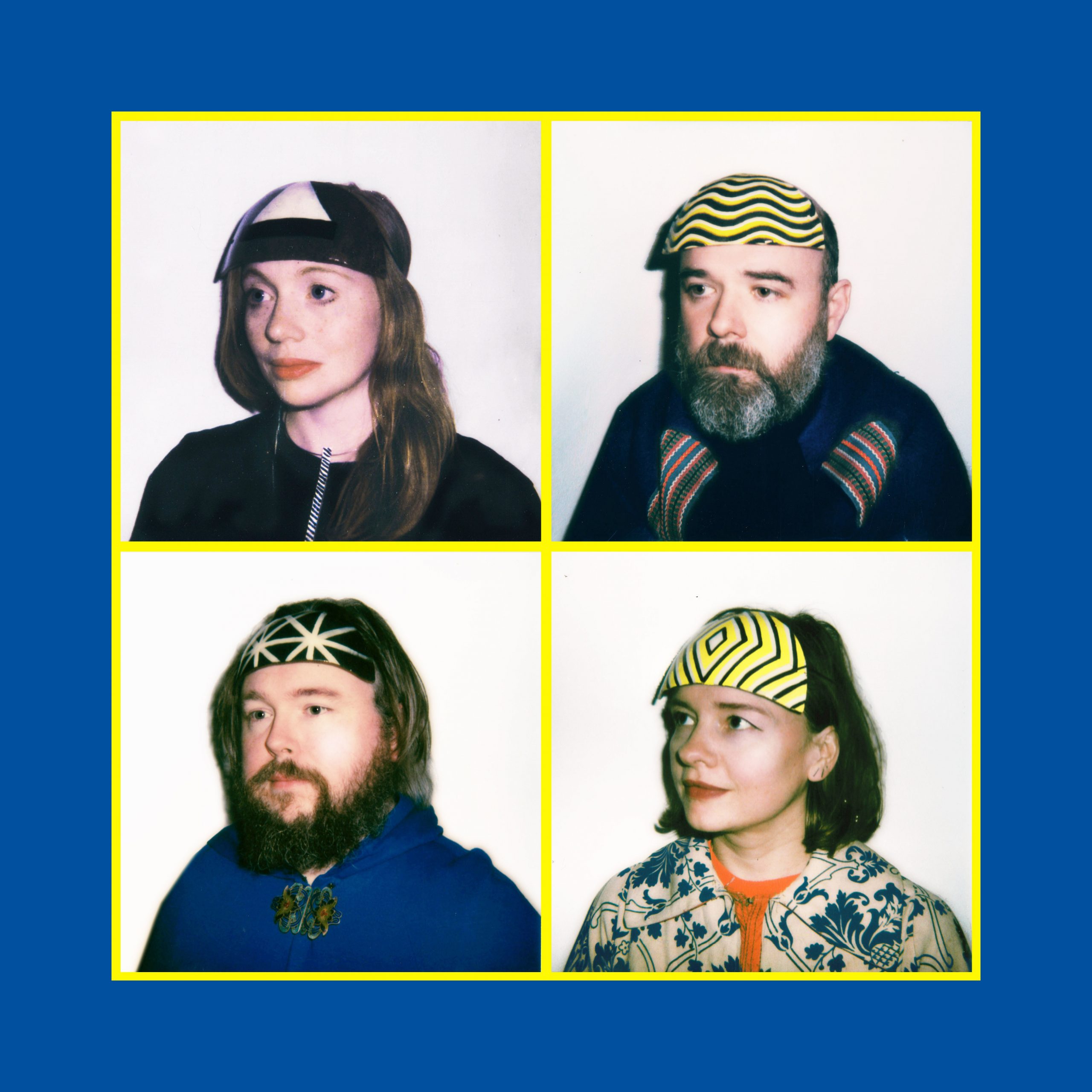 Join us Sunday 20th December as Hen Ogledd grace our screens with their playfully unyielding, wonky-pop sounds – broadcast from The Star & Shadow in Newcastle-upon-Tyne.

Tickets £10 or £25 including Hen Ogledd limited edition A3 poster

Following their invigorating warehouse performance at Supersonic 2019, we just knew we needed another dose of Hen Ogledd’s soul-nourishing sonics before the end of 2020. After this turbulent year, we’re sure you’re in need of it too! It’s our final show of the year, so get cosy on your sofa and soak in the sounds of four curious minds, knowing you’re sharing a moment with our fellow Supersonic dwellers across the universe.

“Hen Ogledd are so excited at the thought of beaming into your living rooms for a couplet of special streamed shows, from the Star & Shadow in Newcastle – one gig especially for the kids, the other for the fully-growns. It’ll be our first chance to share in person (sort of) the music of Free Humans, and we are so happy to be doing this in collaboration with our friends at Supersonic Festival – that most crucial and brilliant hub of music and cultural light.” 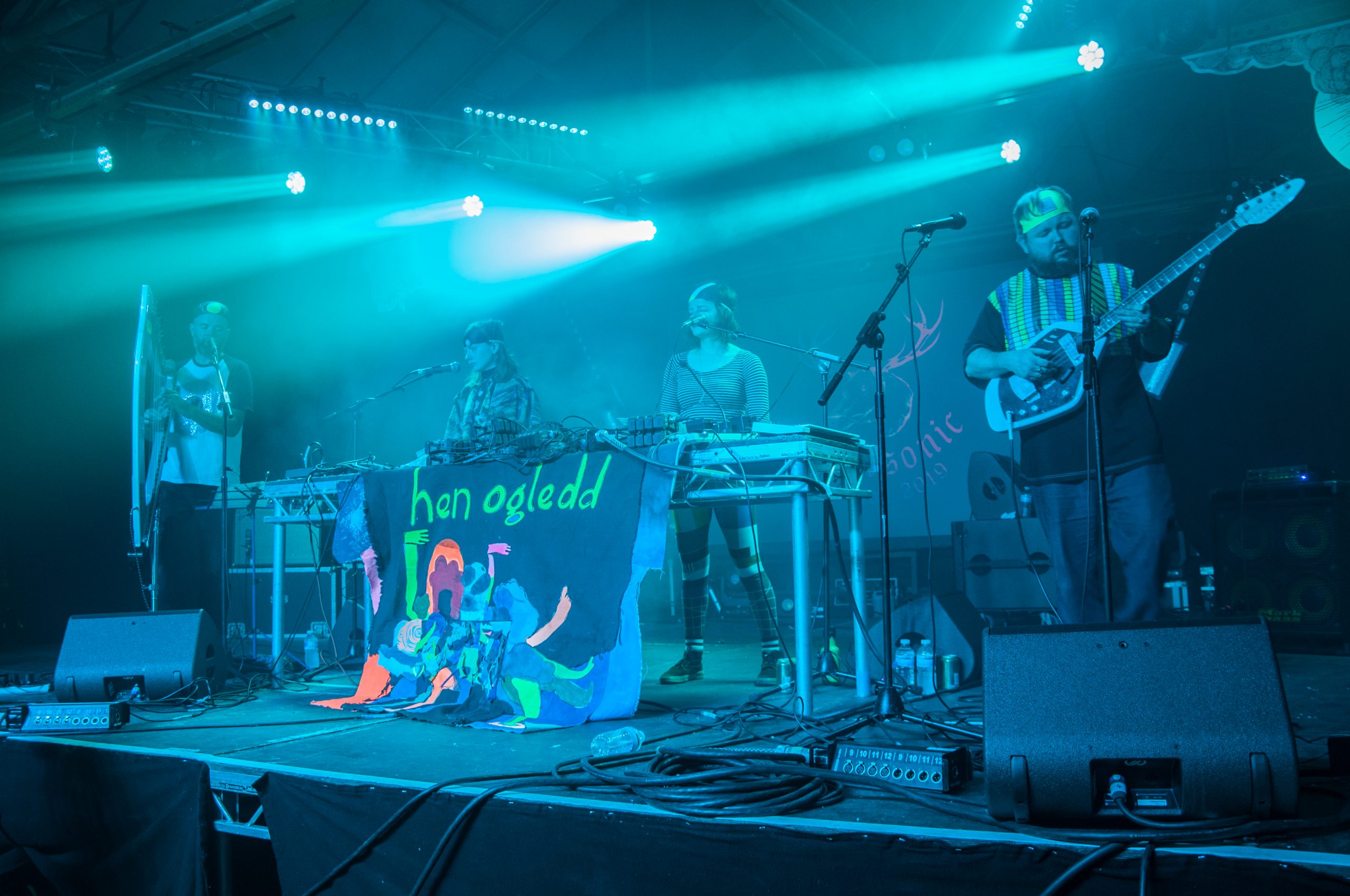 Signed to Dominio Records, Hen Ogledd is the wild, inimitable band project of musicians Richard Dawson, Rhodri Davies, Dawn Bothwell and Sally Pilkington. All four members deliver vocals in their various Scottish, Welsh and northern English accents – after all, Hen Ogledd is Welsh for the Old North – along with swathes of vocoder for good measure.

Free Humans takes a deliberately more organic and natural approach, this new material tackles themes of love, friendship, Gaia theory, sewers, the nature of time, human stench, and the thrills of wild swimming. It’s remarkable that, given the intense collision of ideas at play, Free Humans somehow coheres into a marvellous whole.

“Free Humans is an ambitious, progressive, intelligent and experimental take on pop music, complete with jazz interludes, a nearly nine-minute penultimate number about the very real possibility of humanity’s extinction”

Everyone in this lovely band is a lead singer, as well as a percussionist (feat. claves, crisp packets, gongs, rattles, shakers, keys, tom-toms, triangles, and the all important carrot-and-celery-bites!). Dawn Bothwell is on glockenspiel, synth and drum machine. Rhodri Davies plays the electric harp, sometimes through an array of pedals with exciting names such as ‘The Depths’ and ‘Orbit’.. Sally Pilkington’s at the synth, keyboard and pipe organ. Richard Dawson is the bass-boy. This dynamic combination results in swirls of ravishing melodies, hallucinatory textures and bonkers rhythms.

*In the event of event cancellation (including any Covid-related issues, restrictions or illness of band members), we will notify you and your ticket will be automatically transferred for a rescheduled date in the new year. If (as stated in our standard terms & conditions) you are unable to make that re-scheduled date you may request a refund, by writing to [email protected] within 7 days of the cancellation notice. The full value of the ticket – less any booking fees, transaction fees, credit card charges and insurance – will be refunded.