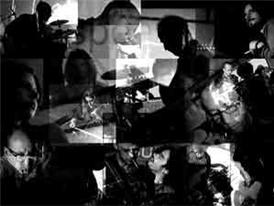 Montreal group Godspeed You Black Emperor! are the reluctant heroes of avant rock, whose electric elegies and vaulting idealism seem perpetually at odds with the world.

Listen… we all stop paying rent tomorrow and have a meeting somewhere, all the millions of us who lose everyday and know that things are fucked and know that we’re fucked and that mostly we’re powerless to change it. We stop paying rent tomorrow and sit down and figure out what the fuck a little. Let’s do that – let’s not talk about rock music anymore, let’s ease up on the careless adjectives a little bit, let’s fuck the rent and have ourselves a little meeting about the state of things finally … and let’s stop talking about the millenium. THE END OF THE WORLD WILL NEVER FUCKING COME… Love, Godspeed You Maudlin Emperor! 21/6/99

Kepler share a diffuse rock ethic with groups like GYBE with whom they have toured. If this Canadian quartet lack the focussed sparseness and fragile clarity of, for example early Low, they more than compensate with a looser feel and an experimental openness with inventive arrangements. “Upper Canada Fight Song” and “The Changing Light At Sandover” are particularly fine examples of their subtly drawn out style.
WIRE Issue 26 (Tom Ridge)