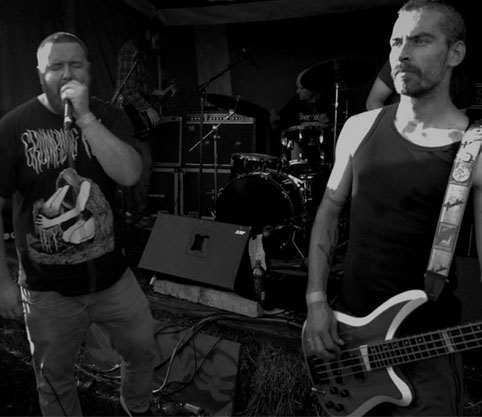 Apathy is everything to these five losers who’ll just about manage to turn up and play without being sick.
Lo-fi grit and metal maledom are fractured and recombined into monotone slabs which reference distaste for modern life as much as they poke fun at the traditions of the punk/hardcore idiom. Still barely functioning after four years of staring at the walls and occasional live performance, the band will finally have their debut album and a split 7″ record with Kilslug in tow with them for the latter part of 2012. All proceeds will be spent on plastic surgery.