Due to the global health concerns related to Covid-19 our team is working from home.
We are very grateful to those of you that want to support us by buying merchandise but be aware that you may not receive your items for up to 14 days.
Back to 2010 Line Up
Sat 23rd October 2010
This is an archive item from Supersonic 2010 Outside Stage 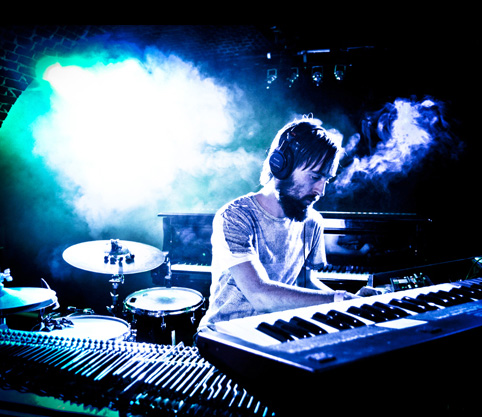 Multi instrumentalist Martin Dosh creates layered and looped electronic based sounds that would be described as ambient if it weren’t so joyous and danceable. In 2003 Anticon proudly released Dosh’s virtuoso debut, Dosh, a loop-building collage of shimmering organ, atypical drumming grounded in groove, field recordings and spontaneous performance. Dosh continues to impress with his phenomenal live performances involving extensive percussion including the mandatory pots and pans