As our team are currently working from home, they will be posting out merch less frequently. Please allow up to 14 days for your order to arrive. Thank you for your patience.
Back to 2008 Line Up
Fri 11th July 2008
This is an archive item from Supersonic 2008 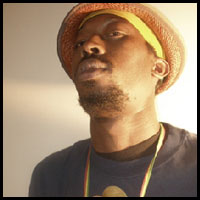 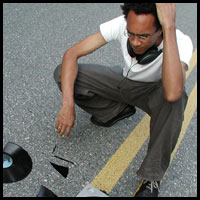 DJ /rupture feat. Jah dan Blakkamoore
An awesome sound clash, an MC driven turntable bass end party set. A groundbreaking collaboration, combining the ‘singjay’ style practiced by Jah Dan with the kind of bashment via dubstep via inflected beats Rupture is laying down in his re-styled sets. Rupture is not a DJ to rest on previous highs, but who looks for new ones. This is a USA / Caribbean response to the sound taking over the basements and re-jigged, fattened up and dexterous.
www.myspace.com/deejayrupture