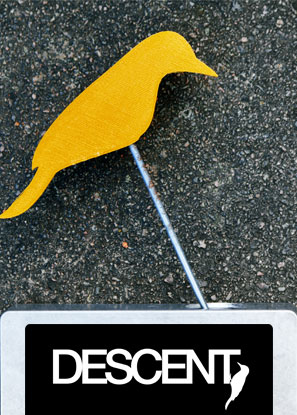 The first commission to come out of the Capsule Lab series in collaboration with Warwick Arts Centre Descent, meaning a flock of woodpeckers, a new sound based installation created by artist duo MortonUnderwood. A series of electronic woodpeckers will be positioned within the public realm. You spot a colourful button. You press it and a note resonates across the space. You press it again and realise that a bird is perched overhead, which percusses the surface of a post as you press the button. You spot other buttons, each triggering a bird that percusses a surface. You get it; someone has exposed the musical potential of this space. You play.