Due to the global health concerns related to Covid-19 our team is working from home.
We are very grateful to those of you that want to support us by buying merchandise but be aware that you may not receive your items for up to 14 days.
Back to 2015 Line Up
This is an archive item from Supersonic 2015 Boxxed 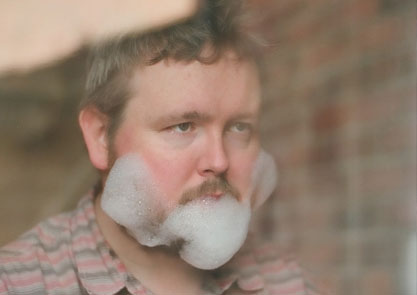 On Sunday 14 June Richard Dawson curates an afternoon show named after his infamous podcast the DELIGHT IS RIGHT. With a number of rare UK performances by artists handpicked by Dawson, the line-up reflects the diversity of sounds that feed into his own songwriting.

Richard Dawson is a skewed troubadour at once charming and abrasive. His shambolically virtuosic guitar playing ranges from sublime intricacy to spidery swatches of noise-colour, swathed in amp static and veering from stumble to soaring reverie.

These include Ethiopian free spirit Afework Nigussie, who plays a range of traditional stringed, woodwind and percussive instruments. Many people are familiar with the Ethiopian music of the golden seventies; Nigussie’s music both harks back to this era and innovates the ancient Azmari tradition. An artist for over fifty years, Jiří Wehle is a Czech street musician from Prague who specialises in ethnic and Medieval instruments. Also performing is prepared violin innovator Angharad Davies, harp liberationist Rhodri Davies and fellow Tyne folk narrator Phil Tyler.