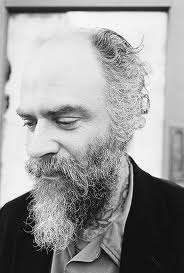 Daniel A.I.U Higgs, Interdimensional Song-Seamstress and Corpse-Dancer of the Mystic Crags was born in the Harbor City of Baltimore, USA in the early-mid sixties of the previous millenium. Having begun singing 25 years ago, he is perhaps best known as the singer and lyricist of the band Lungfish, which is now, as it often has been, quasi if not entirely defunct. Presently, the music Daniel manifests proceeds without the blessing/curse and help/hinderance of collaborative influence.