Merch orders made on and before Wednesday 16th December will be delivered before Christmas.
Our office then closes for a Christmas break so orders received between 17th Dec - 11th Jan 2021 will be shipped out week comm. Monday 11th January.
Back to 2011 Line Up
Sun 23rd October 2011
This is an archive item from Supersonic 2011 Old Library 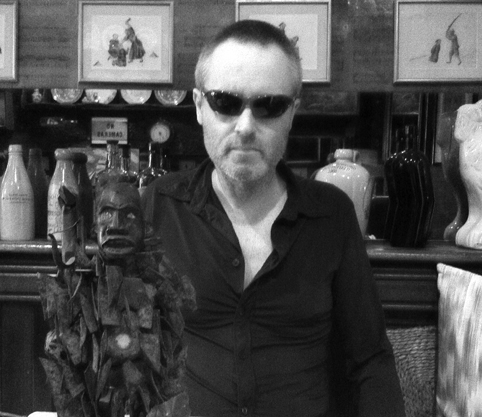 In 2002, being inspired by Haitian vaudou musicians’ capacity to make intensely powerful music with almost no technology, William Bennett first employed djembes and doundouns on the classic Wriggle Like A Fucking Eel 12” by Whitehouse, in what was seen as a radical musical direction by many in the wider noise/industrial scene.
The Cut Hands project itself was founded by William Bennett in 2007 initially to experiment further with his obscure collection of Ghanaian percussion instruments in free-form work-outs alongside other types of (genuine) sound experimenting. The fruit of 8 years of recordings finally culminated in 2011’s critically acclaimed and best-selling release Afro Noise I.