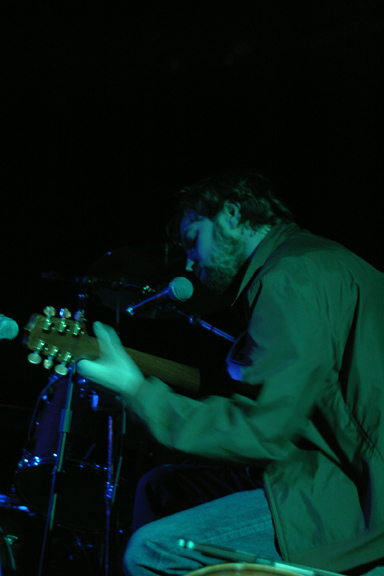 Born from a blizzard of horned cats, Crippled Black Phoenix bring you a twisted cinematic experience, handcrafted by a mercenary crew of underground heavyweights, giving depth and gravity to regal songs about love, loss, tragedies and redemption.

Back in the summer of 2004, Electric Wizard drummer Justin Greaves (also of Iron Monkey, Teeth of Lions Rule the Divine) started recordings songs and soundscapes he’d had in his head for several years onto minidiscs, looping them through an old stereo to achieve the multi-layers, these were the bones of what would eventually become the international outfit that is CBP. The songs that marked that moment in time would take on a new strength, initially aided by good friend (and Mogwai bassist) Dominic Aitchison. Other great compadres followed, Panthiest members Andy Semmens and Kostas Panagiotou, Nial McGaughey of 3D House of Beef and -(16)- amongst others and solo folk singer-songwriter Joe Volk, who also fronts heavy rock band Gonga, all stepped up to bring a variety of influences and skills to complete the line-up.

Bringing us up to date in 2006, CBP enter SOA Studio (Portishead, Gonga, The Heads etc..) in Bristol, UK, to record the debut full-length album “A Love of Shared Disasters”, a collection of self-penned “Endtime Ballads”. During this, one of the hottest summers on record, the old friends aligned and the fully realized visions that had been pestering Greaves for the past few years were finally given life. The album, the first of a trilogy, deals with in the timelesness of honesty and tragedies laid bare, featuring sordid tales from the pages of literary history combined with personal stories of contemporary loss and love. Musically, the songs are driven by a need to stretch out and do something timeless and different from the band-members previous musical ventures but at the same time carrying over a little of their collective influences. This is about pushing personal musical boundries and taking the listener on a journey of their own. Using a blend of modern amplified and Victorian era equipment plus an esoteric collection of strange but wonderfull ways of creating the dark-americana type ambience, the crew of CBP have lovingly fasioned a soundtrack for the “endtime” that has the impact of a Marshall stack, but with the timeless voice of classic instruments.

“A Love of Shared Disasters” is to see it’s release through Invada Records (owned and run by Geoff Barrow of Portishead) and will see the band enter into the live on stage phase, playing shows in selected cities, bringing the public the melodic-but-twisted carnival that is Crippled Black Phoenix.

Rick Tomlinson, self taught jack of all musical trades has since drawn influence from an oblique archive of obscure LPs and bizzare instruments and forged his own unique approach to making music. A potent cocktail of krautrock, folk, jazz, tropicalia and Welsh progressive rock has seduced stalwarts of Manchester’s alternative music scene into countless collaborations with Rick at the helm. Brandishing a masala of instruments ranging from brass and acoustic to electric varieties Rick has shared studio sessions with the likes of Lone Pigeon, Jane Weaver, Badly Drawn Boy, Dave Tyack and Aidan Smith, as well as stage time supporting Lincoln, James Yorkston, Turin Brakes and David Kitt. Various impromptu appearances at local folk clubs have earned Rick a bourgening reputation amongst hard core enthusiasts and mainstays of the folk scene such as John Renbourne who recently asked Rick to accompany him on future live appearances.