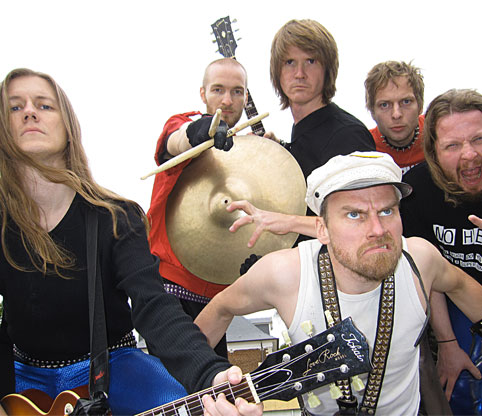 Fresh from their artist residency at Roadburn Festival, Supersonic are delighted to announce that both Circle and Pharaoh Overlord will join the festival bill.

Formed in 1991, Circle is the most visible and prolific name in the Finnish avant-rock underground. Having survived innumerable lineup changes, the band and its founder, bassist/vocalist/guitarist Jussi Lehtisalo, have constantly reinvented themselves, weaving hypnotic mantras out of exacting Krautrock beats, heavy riffs, arty noise, dark psychedelia, and soundtrack-like beauty. Hard, chilly repetition has served as the lone unifying theme throughout 15 years of experiments.

To accompany this performance, we will be screening a special new ‘documentary’ on the band, ‘Man with a Video Camera‘.