Due to the global health concerns related to Covid-19 our team is working from home.
We are very grateful to those of you that want to support us by buying merchandise but be aware that you may not receive your items for up to 14 days.
Back to 2015 Line Up
Fri 12th June 2015
This is an archive item from Supersonic 2015 Millennium Point 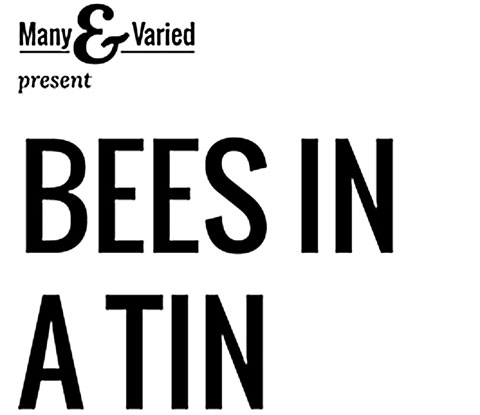 Many & Varied in partnership with Supersonic are delighted to present Bees in a Tin 2015, as part of this year’s festival. Taking place during the daytime on Friday 12th June, Bees in a Tin is a gathering for people who make or are interested in unique interfaces for the world around them, featuring talks and workshops from key makers and thinkers from around the country.  If you’re interested in the spaces where the arts, science, technology, and games crash into one another: then this is for you.

Join us for an energetic day of talks, games, demos and workshops encompassing: microbiology, guided tours, research through design, impersonation of plain clothes police officers, sculptural musical controllers; …and custard. All rounded up with a keynote from the splendid Owl Project. 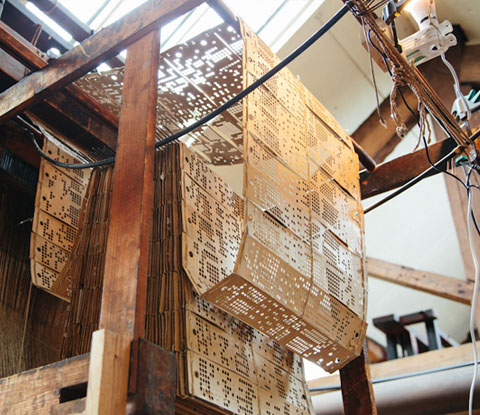 A collaborative group of artists consisting of Simon Blackmore, Antony Hall and Steve Symons. They work with wood and electronics to fuse sculpture and sound art, creating music making machines, interfaces and objects which intermix pre-steam and digital technologies. Drawing on influences such as 70’s synthesiser culture, DIY woodworking and current digital crafts, the resulting artwork is a quirky and intriguing critique of the allure and production of technology.

Bill Aitchison – The Tour of All Tours

For the last two and a half years Bill has been taking guided tours of every sort around the world and recycling them by giving his own tours of tours. These are a parasitic sort of guided tour that critically, and with a distinctive dry humour, explore the political, social and cultural subtexts of tourism.

In this playtest you are invited to take part in experiments, either as a protagonist progressing through a responsive storyline or as an audience watching and influencing the process. Exploring the ways of: processing audience information/actions during live events, writing meaningfully responsive storyworlds and cuing actors with audience data during interactive exchanges.

George will be discusiing design principles learnt from making videogames that involve custom physical hardware. Games like: Punch The Custard, a game about punching a bowl of custard, Fabulous Beasts, a game about competing for resources where you make moves by stacking blocks in a tower.

Heavily phasing live sound from custom dubplates, acetates, test pressings and low-frequency oscillators are used to directly power live video projection that works on principles of colour shadows discovered by Edwin Land – the inventor of Polaroid photography and sunglasses. As much a physical exploration of architecture as it is of the audience’s bodies, both through sound and the perceptual psychology of colour and light. Comes with a warning for those susceptible to flickering lights.

Simon Farid – How To Impersonate a Plain Clothes Police Officer

We are going to commit a crime. Impersonating a police officer is against the law, even though we know they impersonate us (the public) all the time. In this workshop we’ll look to rebalance this by impersonating a plain-clothes police officer, something that cannot really be identified. Collectively examining, mimicking and enacting covert police practices will help us to better counter surveillance on ourselves and to look at notional public space in a new way. 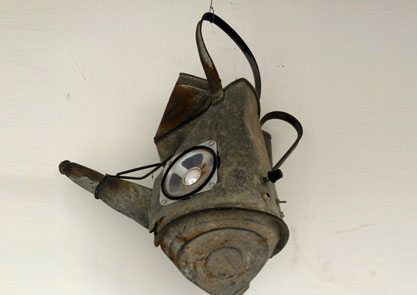 A ‘show and tell’/performance session, showcasing a variety of hand-built/salvaged musical-instruments and sound-making devices. This will include: chip-based synthesisers housed in Kodak Brownie cameras, synths made from old paraffin/oil cans along with a rusty-broken bucket – now re-envisioned as the Atari-Punk-Bucket.

In the familiar settings of our urban environments, microorganisms have established thriving and complex ecologies that are almost always overlooked. This will be a unique microbiologically informed walk and mobile workshop, which will explore the importance of this the urban microbiology, using examples found in the environment local to the Bees In A Tin event. 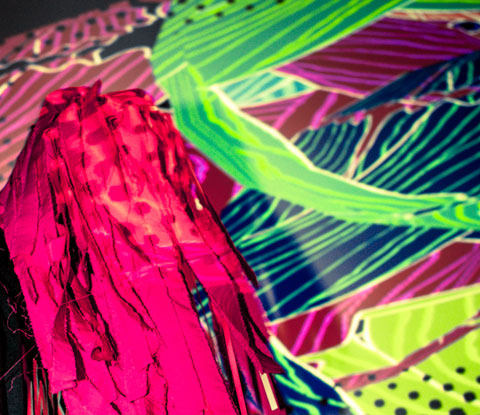 A live Swoomptheeng performance showcasing their over-sized, semi-organic and brightly-coloured sculpted MIDI instruments which illustrate their influences from 80′s TV, 90′s rave and contemporary art; to folk-art, hacking and hobbyist cultures. Followed by a presentation of how the instruments work and the innovative techniques used to interface with music software such as Traktor via MIDI joysticks, Arduino and other electrical components.

Rebecca Taylor – The Rooftop Project: The Story So Far…

The Rooftop Project is an experimental project through which highly rewarding and transformational learning experiences are emerging. Opening with a lively presentation of the story so far, this session will then invite you to discuss ‘our’ awareness of doing projects such as these and pose questions such as – are we doing it for good or glory?

Duncan Speakman – The social composition of A Folded Path

A Folded Path is a pedestrian speaker symphony; a soundtrack for a city carried through the streets by a participating audience.

Comprising location sensitive portable loudspeakers – each playing a different element of the music.The GPS position of the speaker causes different sections to be played and the movement of the people within the group changes the acoustic relationship of the composition: the audience become the orchestra.

Clare, Creative Director of Watershed will be chairing a Q&A panel at Bees in a Tin.