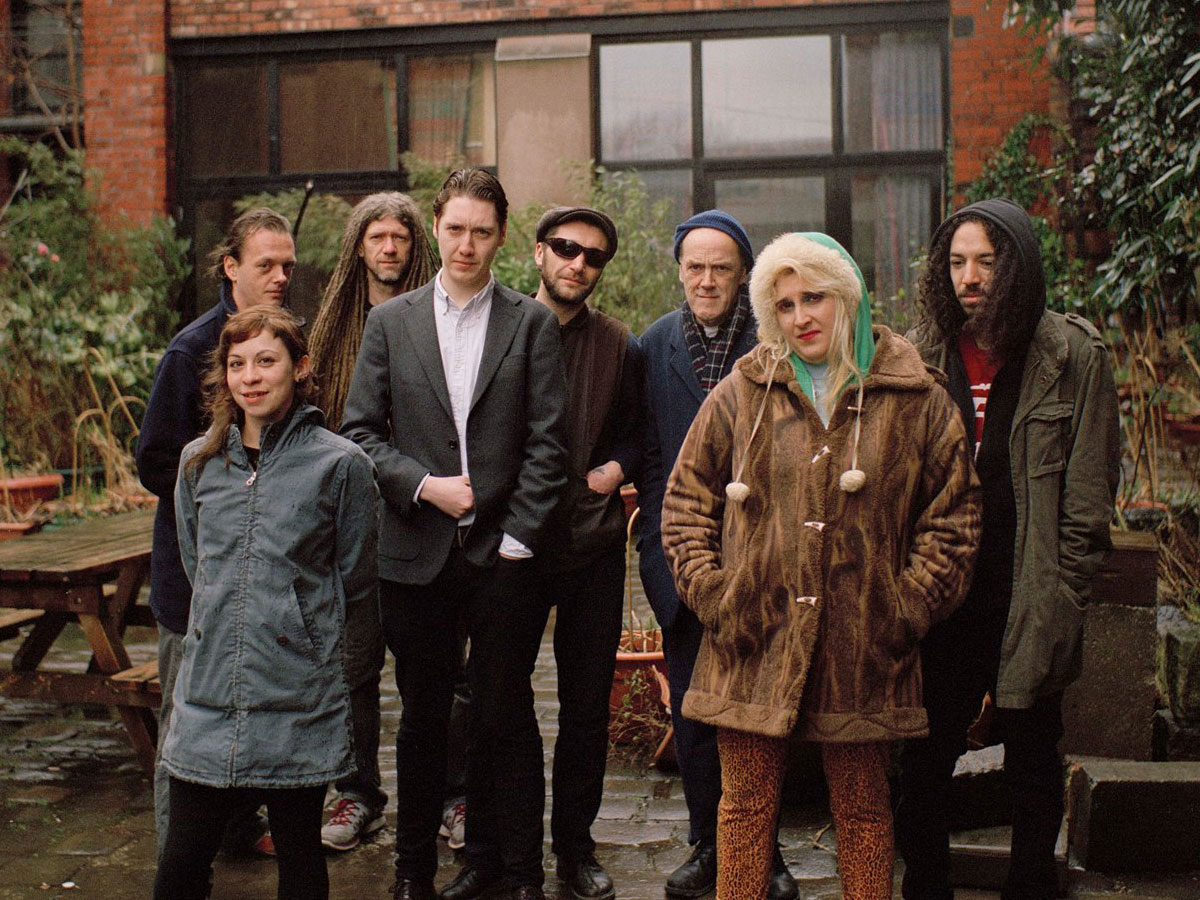 In May 2014 at Manchester’s Islington Mill, a creature was born unto the world named Anonymous Bash. The band is a love child produced from a collaborative recording between the notorious drummer Charles Hayward and members of the psychedelic maelstrom, Gnod, with some extended family of the local experimental scene thrown in.
Charles Hayward, most well known for playing in the late-70s band who bridged Krautrock and post-punk – This Heat – 4 decades on still continues to try quench his irrepressible thirst for experimentation and collaboration.
The ritualistic trance-inducing live incarnation of Gnod, characterised by a crushing, cataclysmic new protest music builds in to a frenzied, communal sonic experience and offers a gateway to an aural black hole.
Armed with a wealth of experience, Hayward conducts and orchestrates a whirling dervish of sound with the Anonymous Bash crew, shifting seamlessly between time signature and tempo in a devilish and electrifying fashion.