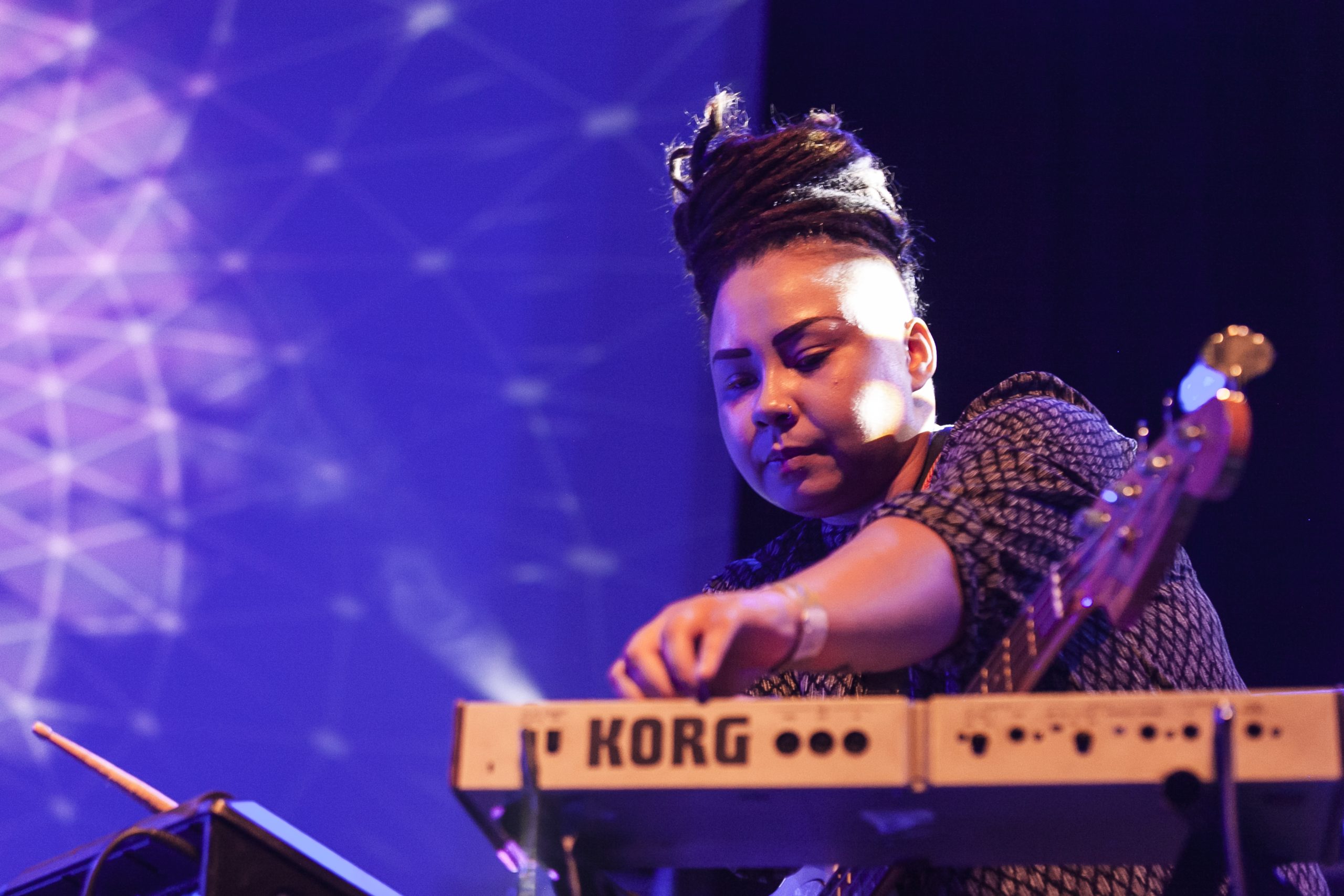 Once more, Bandcamp waivers its fees today in support of musicians during the Covid-19 Pandemic. This means 100% of profits go to straight to Bandcamp artists for 24hrs, many of which have recently had tours, festivals and shows cancelled.

With a second national lockdown just begun, we want to use this opportunity to champion once more artists a little closer to home – the Midlands born/bred/based, and those on the peripherals, we are proud of our local music scene! Now more than ever, it’s important that we keep it local and nurture our communities.

What better way to show your solidarity and support by purchasing some music? Check out these brilliant midlands-based artists we think you should hear…

DORCHA – new album Honey Badger OUT TODAY!
The fusing of Dorcha’s own unique concoction of experimental pop-noise with the offerings of the infamous Invada (owned by Geoff Barrow of Portishead/Beak) and its delicious collection of old school synths and analogue effects has born a beast of sound in the shape of their new album – Honey Badger.

LADY SANITY
She’s at the forefront of the next generation of female rap, hip-hop and soul stars to come out of Birmingham. Brum born & bred, she draws from  various 90s reggae, hip-hop & garage influences.

Describing themselves as a ‘musical knick-knack drawer’, Odmansbox present the listener with a bevy of sounds and musical touch-points. However, like any good draw of useful stuff, it’s full of surprises and delights.

Forged in the post industrial terrains of the UK’s second city, Zyggurat – aka Pete Grimshaw – navigates the expanse between electronic and jazz grains in deep layers of sonic exploration.

Wizzleteat carve out a sound informed by groove from across the musical spectrum, whilst staying fully committed to heaviness, good times and volume.

Mothertrucker have shared the stage with the likes of Boris, Mono, Baroness, Jesu, Grails, Red Sparowes, Aereogramme and Truckfighters and kicked off their 10th year with a devastating performance at our 2012 Supersonic.

THE NATURE CENTRE
Breakfast Time, the most recent single by The Nature Centre, is utterly bewildering in the best possible way. Densely packed staccato vocals, guitars, synth and drums battle for your attention, none of them sounding exactly as they should.

SOFA KING
Birmingham based experimentalist Sofa King, is the musical output of pop-obsessed transgender individual Dianne Burdon. She treats reverb and feedback like a chemical formula.

GLATZE
Musician, sound artist and musical instrument designer with an almost unhealthy fascination with sound, often being distracted by a squeaky shoe or the sound of the ventilation system.

SURGEON
Surgeon (DJ), real name Anthony Child, has been at the forefront of UK techno since 1994. The Birmingham resident has perfected a unique techno sound with an industrial murk.

GREY HAIRS
Emerging from the fertile Nottingham DIY scene, Grey Hairs recall a time when it was harder to pigeon hole bands and people cared less about doing so anyway

BLOODY HEAD
Dirgey yet groove-heavy hardcore punk from Nottingham whose live shows feel like being run over by a bulldozer of noise and discordant energy.