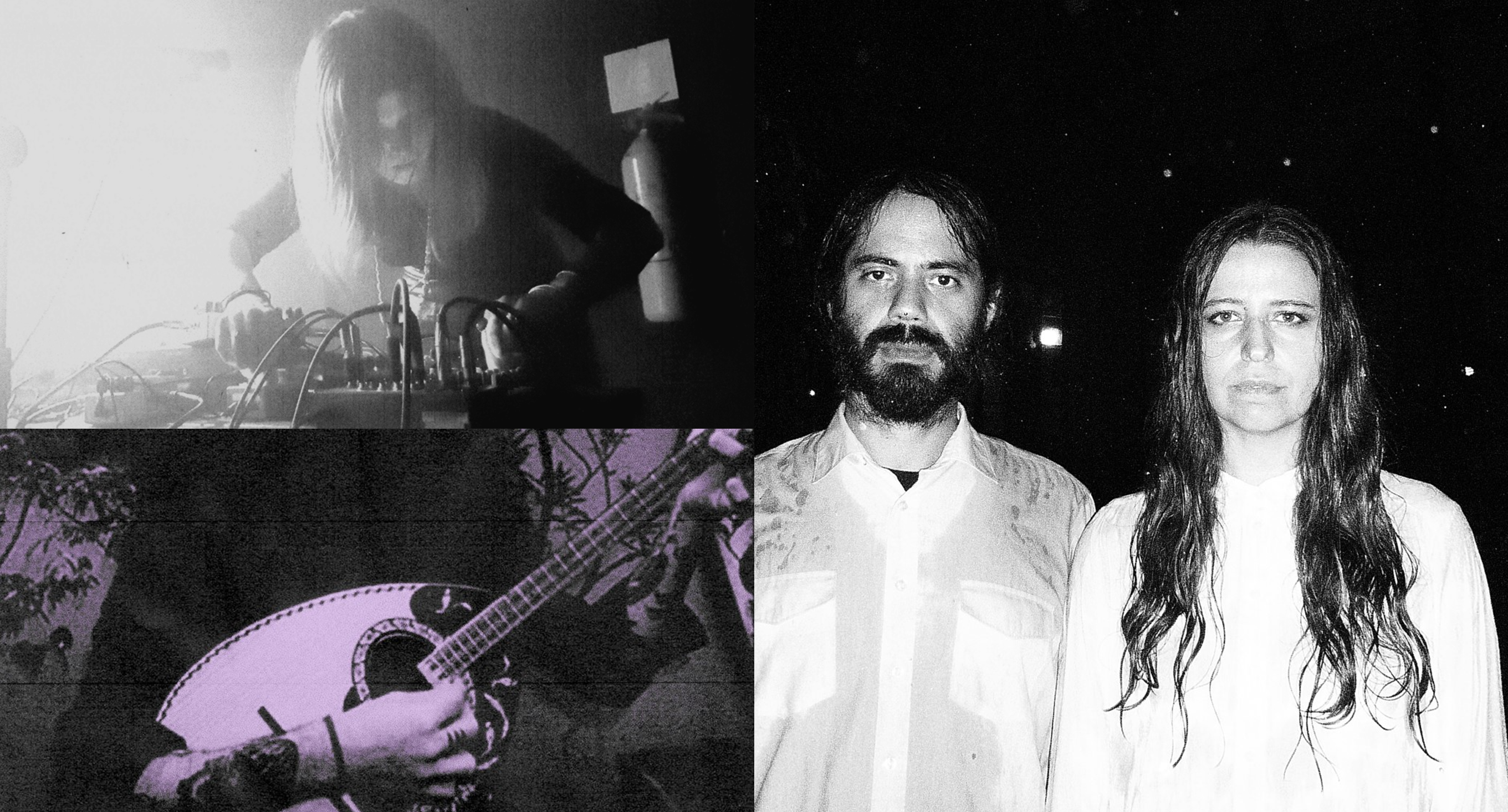 From Brazil’s São Paulo experimental underground, we have live sets from two duos – Acavernus & Yantra and M. Takara & Carla Boregas. Both recorded improvised performances as part of our Sofasonic Festival (on)line-up back in July – sublime listening in equal measure.

We know you’re all itching for some live music, so for now, treat yourself to these live sets and let us tell you a bit about the people behind the psych-sounds…

Acavernus & Yantra are a musical duo who create music that is both dense and introspective, intuitive and exploratory, minimalist and challenging. Together, they fuse dark ambient, noise, ritualistic percussion & electronica – this is visceral ghostly music that evokes an ancient past.

ACAVERNUS is the constantly evolving solo project of Paula Rebellato (RAKTA). She treats sound as an experiment, both the intuitive and the rational walk together in a process free of resistance to the tragic exercise of freedom – what could be an error becomes a new path. If you missed it, make sure to listen to her perspectives on Brazil’s current political situation in our Sofasonic panel talk ‘Looking for today‘ where we explore how musicians respond to social and political unrest.

YANTRA is the solo work by Douglas Leal, founding member of the Brazilian psychedelic punk trio DEAFKIDS. Inspired by modal music and the sounds of the roots of the world, this project emerged in mid-2015 as a psychedelic and meditative audio-visual outlet for experimental/home-recordings, but has since evolved into live collaborations and improvisation sets with many different artists from São Paulo, Brazil.

Acavernus and Yantra are about to release “Gnose”, their first album via Buh Records from Peru.

M. Takara & Carla Boregas are a experimental, psychedelic duo made up of Brazil’s underground finest. Together they create a truly collaborative sound, filled with more abstract improvisations as well as more grounding moments, where often Mauricio´s drums are triggering Carla´s synths, and she is sculpting the rhythmic melodies that he’s playing, adding layers of density and soundscapes.

Mauricio Takara from São Paulo, connects drums and percussion with synthesizers and electronic effects, exploring the more abstract as well as melodic side of rhythms and percussive sounds.

Carla Boregas, is known as the bass player of the ritualistic pysch-band Rakta, who were due to perform at Supersonic Festival this year.

The two have been playing together for over 2 years now and have just recently released their first record as a duo called “Linha D’Água” (Desmonta Disco – BR / Bokeh Versions – UK).

We ask you consider supporting these two immensely forward-thinking acts from Brazil’s underground where possible and if you want to learn more about Brazil’s current crisis, we recommend the following reading…

Sofasonic panel talk ‘Looking for today‘ where we explore how musicians respond to social and political unrest. Hear perspectives from Paula Rebellato (Rakta) & Mariano De Melo (Deaf Kids) based in Brazil, Franklin James Fisher (Algiers) & Will Brooks (Dälek) in USA and Khyam Allami in the UK. This session is hosted by Jasmine Ketibuah-Foley.