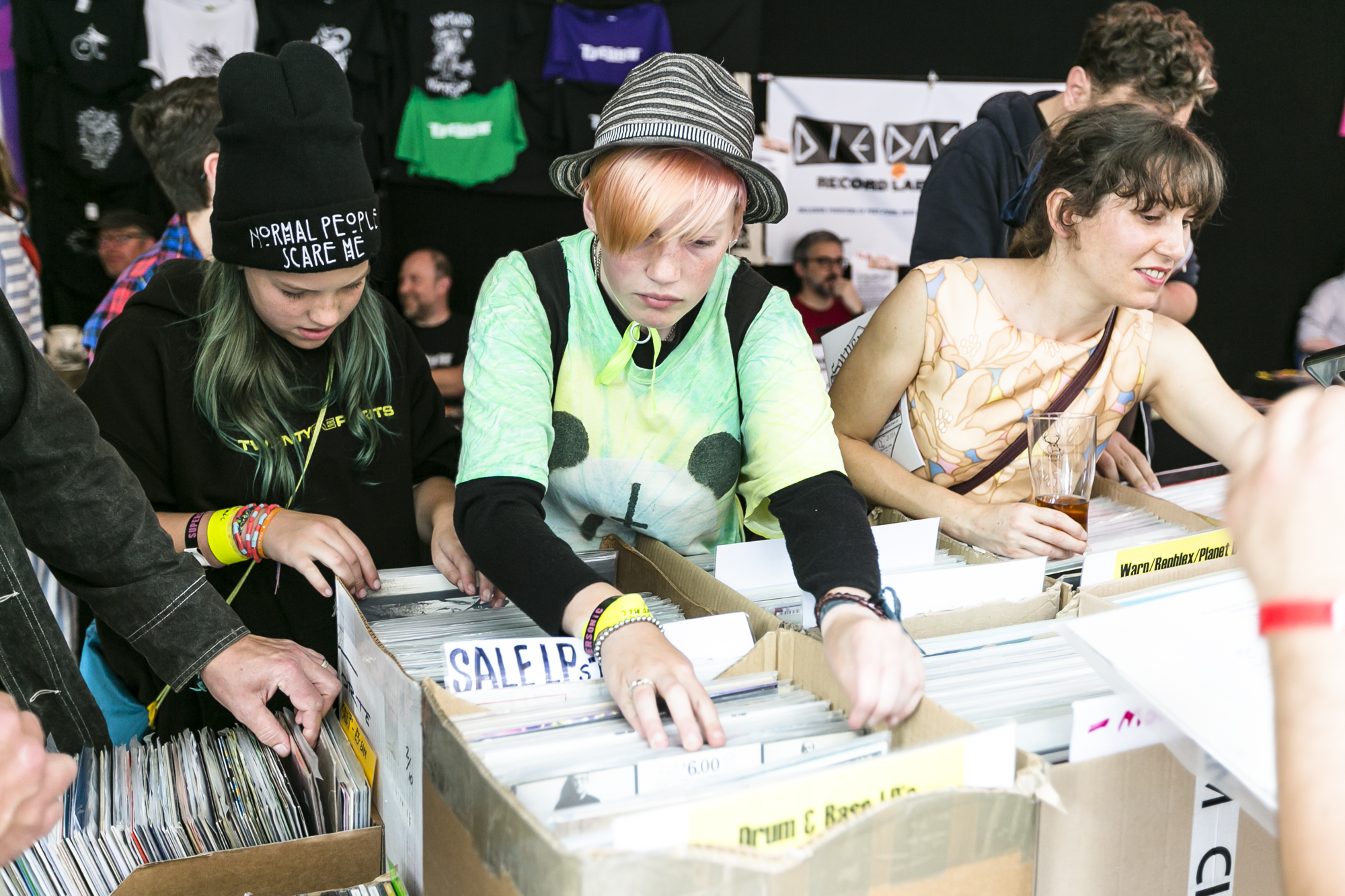 It’s a big win for artists and labels as Bandcamp continue to waive their fees on the first Friday of the month for the rest of the year in support of musicians during the Covid-19 Pandemic. This means 100% of profits go to straight to Bandcamp artists for 24hrs, many of which have recently had tours, festivals and shows cancelled.

This month, we want to take the opportunity to further champion a handful of the independent labels we’ve built close connections to at Supersonic over the last 16 years. Whether it be a line-up take-over, marketplace stall or source of undiscovered gems – we trust no-one more to find the creme-de-la-creme of envelope-pushing artists from the UK & worldwide.

Here are our recommendations. We hope you’ll find something new for your collection amongst this cracking list of audacious independent labels. Now’s your chance, show your solidarity and support by purchasing what you can…

Rocket Recordings is run by John O’Carroll (Bristol) & Chris Reeder (London) both with backgrounds in graphic arts, since 1998 they have been releasing uncompromising sounds from some of the great underground bands from Europe and beyond. This is a label that are always striving to push music forward and not stand still – a philosophy that is a testament to their 22-year independent existence, and very much shared by Supersonic.

Led by Bettina Richards, the US label Thrill Jockey is ever evolving starting as home to bands like Tortoise and now boasts a roster which includes The Body, Arbouretum, Boredoms and OOIOO, White Hills and many of our Supersonic favs!

The London based DIY label, CURL is a collective based in London featuring Mica Levi, Coby Sey and Brother May among others. Formed with the intent of performing, selecting and releasing music created via interdisciplinary practices, this everything-but-the-kitchen-sink body of artists will headline our Friday night, showcasing their progressive, post-genre experiments.

Exploring the UK Underground since 2009, Box Records was set up by Matt Baty – the vocalist of Pigs Pigs Pigs Pigs Pigs Pigs Pigs and friend Matthew Childs. In an interview with Echoes & Dust, Matt says “I release music that I’m passionate about and hope other people will enjoy. I’ve got to find the music exciting and it’s got to move me in some way… I genuinely don’t see much of a difference between the music of say, Richard Dawson and a band like Khünnt. Sure, sonically it’s completely different but both are emotionally charged, honest and true.”

Lancashire and Somerset is a self-proclaimed humble record label, headed by our designer David Hand and partner Liz – currently living in the hills of Shropshire. They attempt to help and supporta growing family of bands with a like minded ethos, privileged to put out what they consider very special releases on mainly the superior format of vinyl.
.
.

Neurot Recordings is a fiercely independent label dedicated to the spirit of sound. Formed by the members of Neurosis and Tribes of Neurot as a means to further their musical vision while achieving control of their own destiny, the primary function of Neurot is to serve as an outlet for the increasingly prolific output of all their related projects. Including Steve Von Till‘s recent release of poems & lyrics which he premiered at Sofasonic Festival here.
.
.
NAWA Recordings https://nawarecordings.bandcamp.com

Nawa Recordings is an independent record label focused on releasing new, alternative, and experimental music from the Arab world. The label was founded by multi-instrumentalist Iraqi musician and composer Khyam Allami in 2011 to release his debut album Resonance/Dissonance.https://nawarecordings.bandcamp.com
.

Based in Cambridgeshire, Wysing is a thriving cultural campus which hosts experimental residencies for UK and international artists. Wysing Polyphonic the label, was established in 2017 as a natural extension to their festival.
.

Like the medicine it’s named after, Ipecac Recordings is here to purge you of the drek that’s been rotting in your tummies. Ipecac Recordings is the brainchild of Greg Werckman (former label manager for the legendary punk label, Alternative Tentacles) and Mike Patton (former frontman for Faith No More, Mr. Bungle, currently of Fantômas, Tomahawk, Peeping Tom).

DIE DAS DER is a community of like-minded musicians, artists, bloggers, photographers, film-makers and journalists. They curate and organise events, release music, and aim to highlight Birmingham’s thriving underground music scene. They’ve been using these Bandcamp Fridays to release some cracking compilation albums, where all money goes towards helping ensure the survival of several independent Birmingham venues that they worked closely with, and that we brummies love – they’ll be releasing the 3rd volume this Friday!

GRINGO is a record label based in Nottingham, over 20 years old, still hopped up on DIY and in too deep to stop. With artists such as Grey Hairs & Kogumaza in the mix – they believe at the heart of all good music is LOVE. If you believe in love, please invest some of your hard-earned in their music.

Also based in Nottingham, UK are Viral Age – a DIY hardcore/punk rock/heavy music label and distro.

Night School Records https://night-school.bandcamp.com/Unlike many other labels, tied to a more rigorously uniform sound, Night School have been distinct in their concord of variance. Helmed by Glaswegian Michael Kasparis, the records they release reflect the singularity of the artists more than any fixed sonic trademark. From The Space Lady to Apostille, this platform has still an assured sense of character, unpredictable and far from ordinary.

Founded in 2013 by Jason Stoll of Mugstar and Sex Swing fame, to champion artists in and beyond the psychedelic rock scene, experimental label God Unknown brings together artists representing folk, jazz and punk from around the globe.