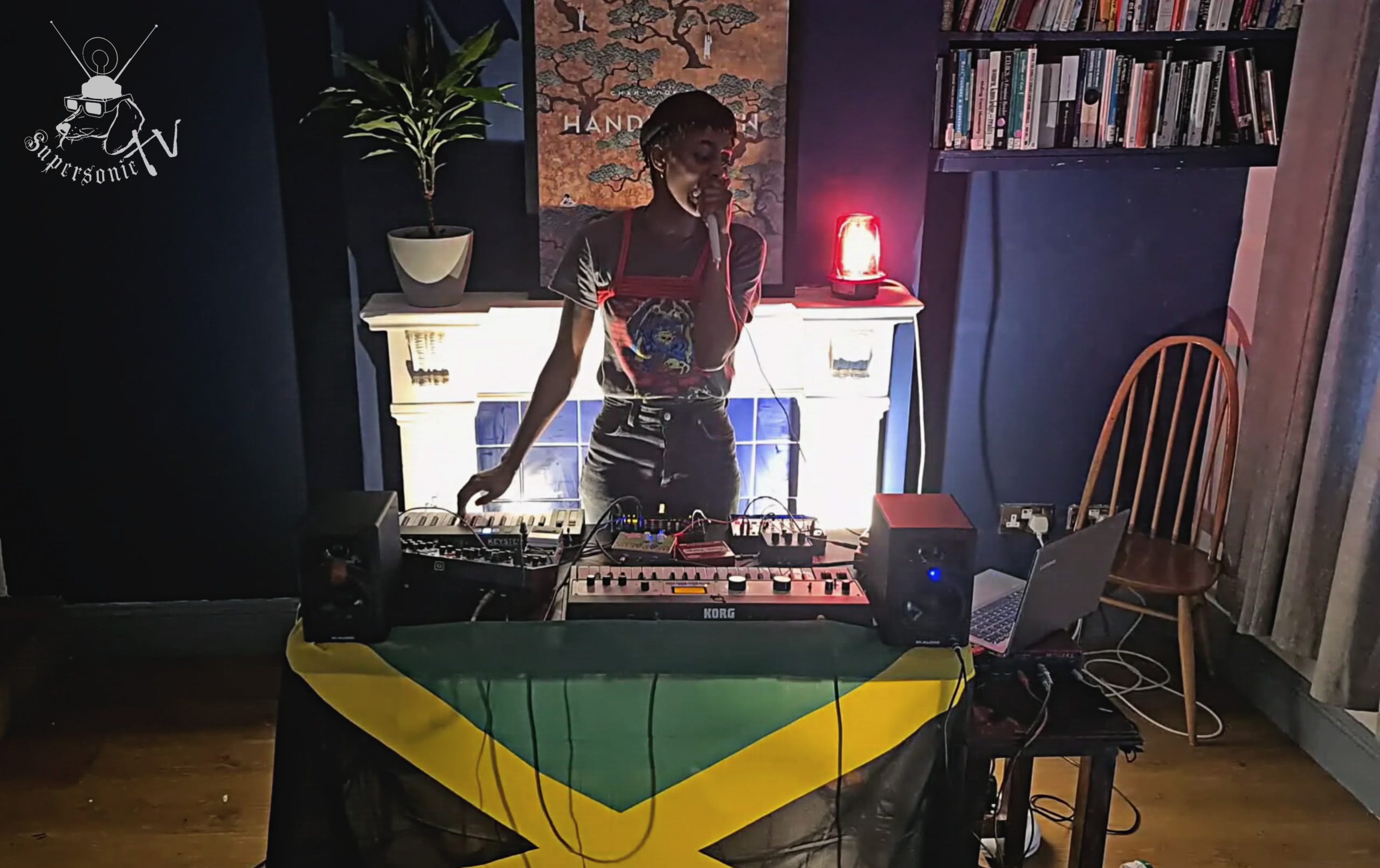 It’s a big win for artists as Bandcamp continue to waive their fees on the first Friday of the month for the rest of the year in support of musicians during the Covid-19 Pandemic. This means 100% of profits go to straight to Bandcamp artists for 24hrs, many of which have recently had tours, festivals and shows cancelled.

We want to take this opportunity to further champion all the artists that took part in our online Sofasonic Festival last month – if you discovered something new that weekend to add to your collection, now’s your chance, show your solidarity and support by purchasing what you can…

ALGIERS: Franklin, vocalist in Algiers took part in our Panel ‘Looking for Today’ – a poignant and timely discussion on how musicians deal with social & political unrest. In the true spirit of rock ‘n’ roll, this fast-paced four-piece from Atlanta douse their distorted anthems in a sound-concoction of raw-blues, gospel and industrial.

AGATHE MAX: As part of Sofa Sonic Agathe contributed to our Sofa Sabbath series with her take on Fairies Wear Boots. Violinist Agathe Max trained in classical music for 10 years before being exposed to improvised music and to the experimental scene. Inspired by a world both enchanting and draped in darkness, she has developed a wide range of sound textures, unique and melodious, creating unconventional and magnetic musical pieces reflecting a personality in constant search of rareness in music.

WHITE HILLS: Created a mesmerising version of Lord of The World for our Sofa Sabbath series. With just the right blend of psychedelia and hypnotic grooves, White Hills weaves in and out of anthemic chants, deep space bleeps and other worldly madness for a mix that proves to be intoxicating.

PET BRICK: Iggor Cavalera beamed through technology to bring us a banging Saturday night DJ SET. His duo, Petbrick, create melting noise and crushing electronics paired with grinding drum violence results in a festering pile of sonic terror that has to be heard to be believed.

LANKUM: Following their Virtual Tour Bus journey on our Sofasonic Sunday, we know we wouldn’t want to be sitting in the passenger seat! Close vocal harmonies, instrumental interplay and dramatic storytelling pin you to the ground and revive the spirit. With a diverse set of influences as disparate as Sunn O))), they show that folk music can be angry, progressive and is still a vital force today.

J. ZUNZ: The new solo project of Mexico’s Lorena Quintanilla, is purely hypnotic. Within a thick atmosphere of an experimental post-punk sound, wonky synths and haunting melodies shine through via cold repetitions.

BULBILS: Sally Pilkington and Richard Dawson (1/2 of Hen Ogledd) started the group at the beginning of lockdown as a way to deal with the challenges of the unfolding coronavirus crisis and to stay connected with folk through sound. This is their penultimate album as ambient, wonky-pop duo Bulbils…

M.TAKARA & CARLA BOREGAS: From São Paulo, Mauricio Takara connects drums and percussion with synthesizers and electronic effects, exploring the more abstract as well as melodic side of rhythms and percussive sounds. He is joined by musician Carla Boregas, who is known as the bass player of the ritualistic pysch-band Rakta, who were due to perform at Supersonic Festival this year.

STEVE VON TILL: Following an epic opening of Supersonic Festival 2019 at Birmingham Town Hall, the Neurosis guitarist & vocalist, Steve Von Till, read poems from his new book Harvestman: 23 Untitled Poems and Collected Lyrics. This is his latest album released alongside via Neurot Recordings…

WARDRUNA: Norwegian artist Einar Selvik of Wardruna and Steve Von Till of Neurosis joined together in conversation especially for Sofasonic Festival to discuss their deep connection to nature and the ancient past.

DÄLEK: Who better to see the Sofasonic Afterparty out than Rapper/Producer Will Brooks aka. MC Dälek?! Pioneers of alt hip-hop, Dälek have deep roots in the mid-90’s DIY scene and have been delivering ground breaking albums for over 20 years.

HARESS: Haress consists of the core guitar duo of David Hand and Elizabeth Still, based in the Shropshire Hills where they organise the amazing Sineater Festival and  run the DIY record label Lancashire & Somerset.

VALENTINA MAGALETTI: a drummer, composer and percussionist whose goal is to strategically enrich a folkloristic and eclectic palette through endless listening and experimentation with new materials and sounds.

FATEN KANAAN: a gifted musical story-teller. Her performance at Supersonic 2019 was mesmerising, inspired by cinematic forms: from sweeping landscapes and quiet character studies, to the patterned tension of horror film soundtracks.

JERUSALEM IN MY HEART: a live audio-visual act since 2005, with Montréal-based producer and musician Radwan Ghazi Moumneh at its core.

KHYAM ALLAMI: An Iraqi-British multi-instrumentalist musician/composer/researcher and founder of Nawa Recordings. Aside from his solo work and various collaborations, he is currently undertaking an M4C funded practice-based PhD in composition at the Royal Birmingham Conservatoire (Birmingham City University) focusing on contemporary and experimental Arabic music.

MATTERS: The soundtrack to our Sofasonic interludes was mostly provided by this Birmingham three-piece utilising synths, guitars and drums to create expansive music, blending Krautrock, psychedelic, post-rock and techno into a rich and powerful sound.

ANNA PALMER: Our Sofasonic Kids Gig host, has written a mini album for mini people. Supersonic Kids is alternative music for the tinies (psst, and grown-ups!)

SOFA KING: Birmingham based experimentalist Sofa King, is the musical output of pop-obsessed transgender individual Dianne Burdon. She treats reverb and feedback like a chemical formula.