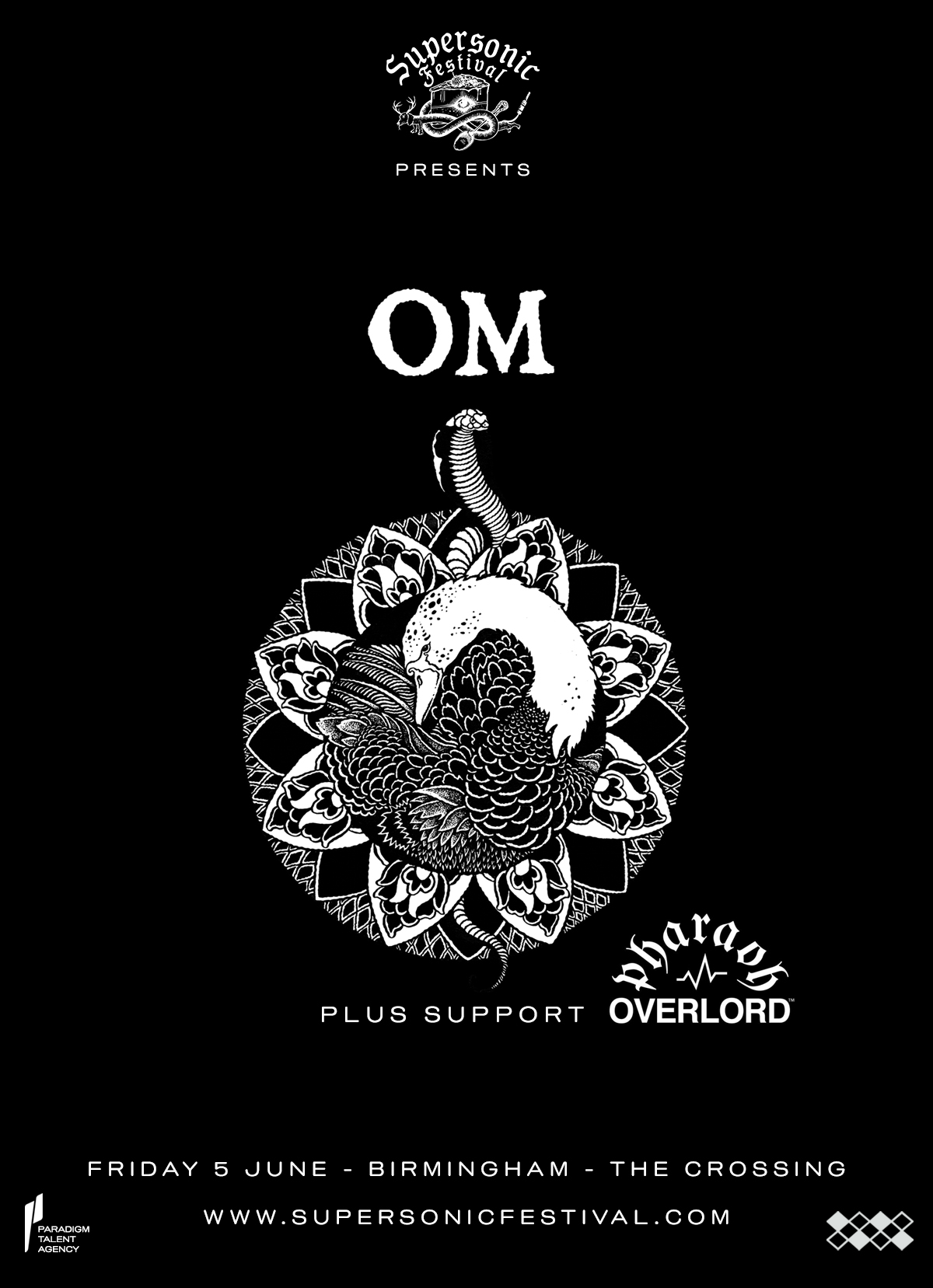 This summer we are proud to bring the legendary trio OM to Birmingham. Formed in 2003, they draw from a host of influences such as psychedelic rock, Middle Eastern Folk, Dub, Reggae and post-rock among other sounds. The band’s lyrics are heavily inspired by spirituality and various forms of religion, namely Eastern Orthodox and Middle Eastern variations.

Since their inception OM has released five studio albums, three live albums and has toured all over the world making appearances at a host of different festivals over the years. They deliver shimmering, spiritual/space rock, based around little more than a rootless bass line. Perfect loops, repeating and repeating and repeating with the flesh of the music simply melting away piece by piece – a live show with OM is the closest we’ll get to reaching some kind of heavenly enlightenment.

Joining are Pharaoh Overlord, made up of three members of the Finnish group Circle. This act have distilled thirty years of rock music into a slow, blistering, bubbling, psychedelic ooze. Imagine a perfect cross between the spellbinding guitar loops and rhythmic pulse of Circle and the stoner vibe of the 70’s rock obsessives. This is trip music in the old sense, from trance inducing repetitive rhythms to laid-back mellow jams.