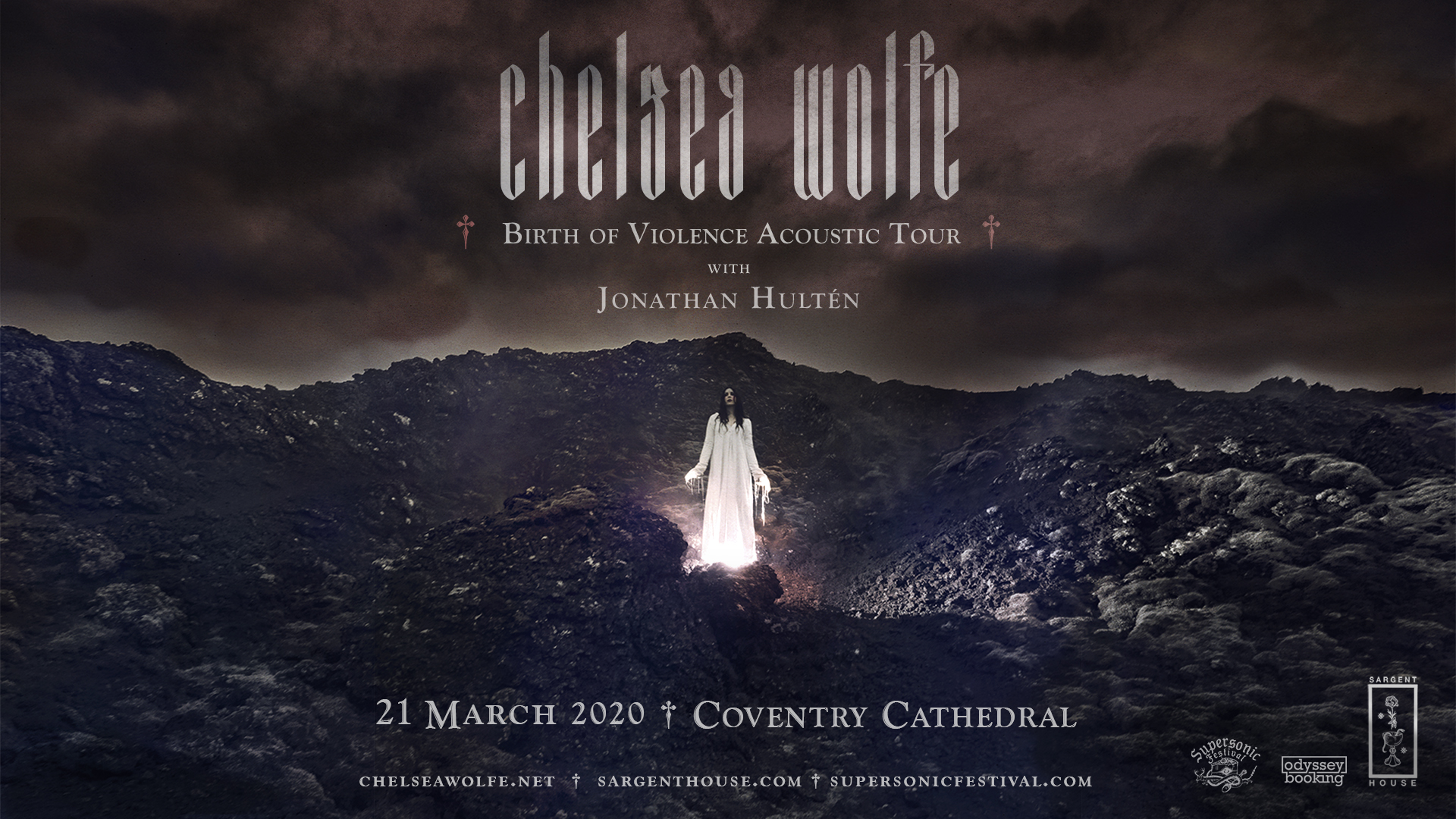 with support from Jonathan Hultén

We whole-heartedly welcome the revered American songstress, Chelsea Wolfe to perform music from her latest album, Birth of Violence, in the epically beautiful setting of Coventry Cathedral. 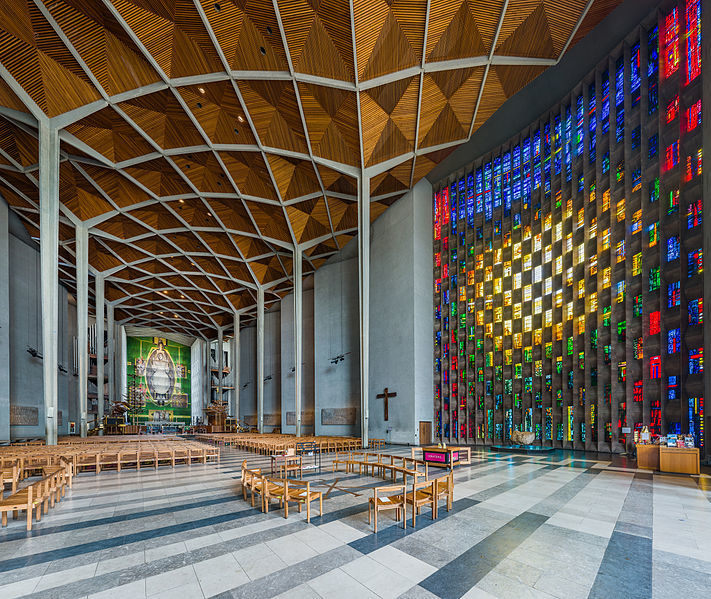 Songs from her sixth full-length release mark a departure from all the crackling electric guitar distortion its predecessors, instead her sound has transitioned into warmer realms of atmospheric acoustics, building simple folk ideas into a magnificent oceanic reverie. And yet it still feels every bit as dark and unsettling as the music she’s become famous for…

With lyrics outlining an internal awakening of feminine energy, a connection to the maternal spirit of the Earth, Birth of Violence takes a defiant stance against the destructive and controlling forces of a greedy and hostile patriarchy. The overall power of the language and delivery Chelsea Wolfe conveys, is bound to haunt all those beneath the grand Cathedral beams with both its grace and tension.

Her live performances have always been a passage for a powerful inner-energy, and while she has demonstrated a capacity to channel that somber beauty into a variety of forms, her gift as a songwriter is never more apparent than when she strips her songs down to a few key elements. With songs from Birth of Violence, this unmissable acoustic performance will highlight that her solemn majesty and ominous elegance are more potent than ever.

Supporting Chelsea is the Swedish artist & guitarist Jonathan Hultén. Known as being one of the creative forces of the band Tribulation, Jonathan has been active as a solo touring musician since 2016. Guitar and harmonies are the foundations of his
work, characterised by a calm yet dramatic atmosphere and tinged with a fearless approach to performance. His arrangements are inspired by folk and medieval choir-music mixed with influences ranging from Nick Drake to Dead Can Dance and many
stops in between. 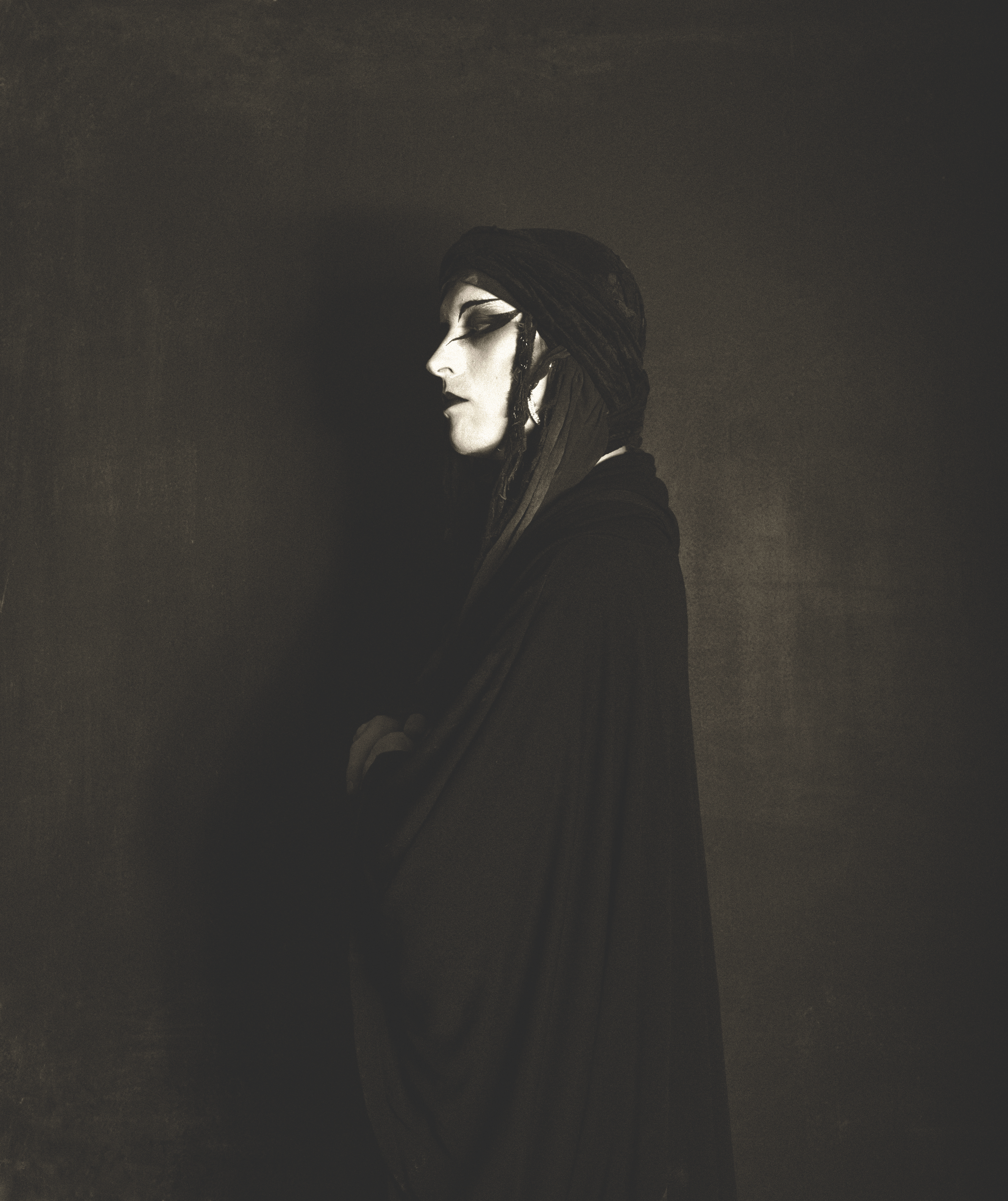