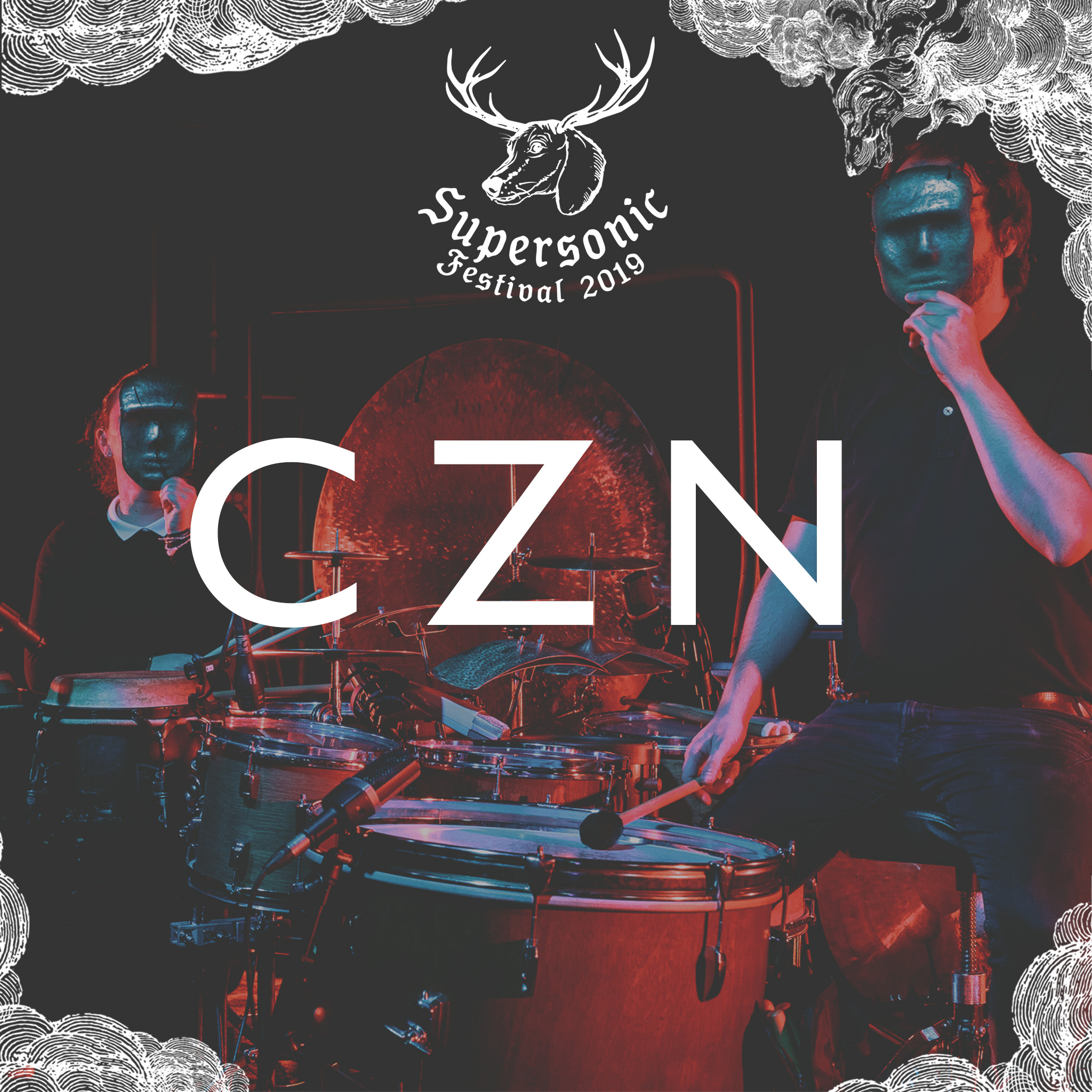 CZN stands for Copper, Zinc and Nickel, the raw materials used by percussionist and sculptor Joao Pais Filipe to make gongs and bells in his Portuguese studio. CZN is also the alchemical sound of Joao in collaboration with percussionist Valentina Magaletti (Tomaga, Vanishing Twin, uuuu).

The duo create rich tapestries of hypnotic rhythms, evolving the sound of drums and percussion into vivid textures: visceral timbres and telescoping rhythms that surround and beguile, and which hint at the meditative states of spiritual jazz as much as the cerebral counterpoint of Minimalist Composition.

Drummer and multi-instrumentalist Valentina Magaletti is possibly best known as both the drummer of psych band The Oscillation and for her work with Tom Relleen as experimental band Tomaga, whose music has been described as sounding like ‘radio messages from a distant constellation alerting us to the existence of art forms we had barely imagined’. Valentina was also the drummer on Blackest Ever Black releases; Raime and Moin, has recorded with Shit and Shine and is the drummer with London band Vanishing Twin.

João Pais Filipe is a drummer/percussionist and sound sculptor from Porto. His career as a musician is characterized by the approach to a wide range of styles and languages, in bands like Sektor 304, HHY & The Macumbas (who you can catch this year at Supersonic 2019), Talea Jacta, Paisiel, Rafael Toral Space Quartet. He is also a Gong maker and Cymbalsmith.

Together they have created ‘The Golden Path’. Beginning with a one-off recording session in Porto in Spring 2018, the duo has crafted a debut LP released as a collaboration between Porto’s Lovers & Lollipops collective and Tomaga’s Negative Days label.