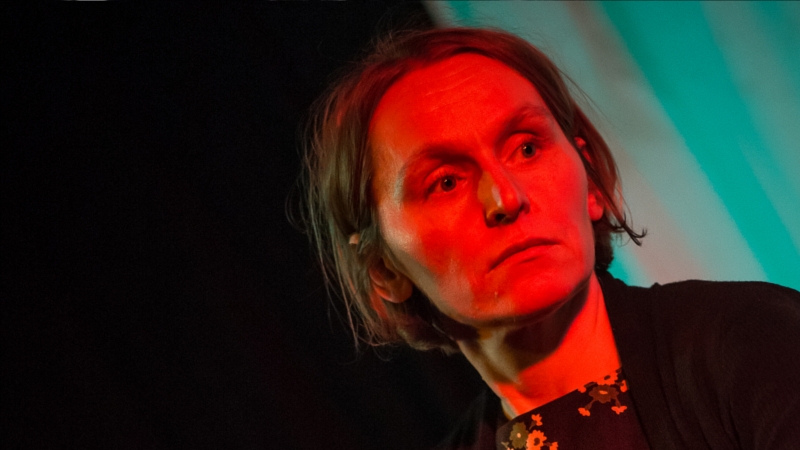 Featuring voice, theremin, recorders, percussion, robotics, electronics and a rarity centre-stage – the Latvian clavisimbalum (a sonorous, fourteenth-century cousin of the harpsichord). Its plucked, soft iron strings ring with a rich, dark reverberance – a sound that hails from Eastern European folk and the Renaissance court. Angliss adds voices in close harmony, recorder, theremin, percussion and robotic carillon, an instrument she devised and built to play bells at inhuman speeds, creating a haze of delicate, metallic sound.

Angliss is joined by vocalist Sarah Gabriel and percussionist Stephen Hiscock. As they play, their sounds are deftly contorted, fragmented and recombined using Angliss’ digital inventions. Her own variant of the loop pedal stretches every strand of sound subtly as it plays. This transforms the most consonant music into something more angular as it makes beguiling musical collisions – the precarious harmonic terrain of Angliss’ signature soundworld.

Check out the full release here…

Sarah Angliss is a composer making dreamlike performances where the total theatre of the sound’s creation is as striking as the music itself. Her music reflects her eclectic background as a classically trained composer, electronic artist and folk musician.

A prolific live musician, Sarah’s known for her skills and augmented techniques on theremin, an instrument she combines live with Max, vocals, recorder, saw, keyboard and her many found sounds and field recordings. On stage, she’s often accompanied by musical automata – machines she’s been devising and building since 2005 to give her performance an arresting and uncanny physical presence. Thematically, she often plays with the resonances between folklore and our perceptions of machines. Her music often plays with notions of electrical mysticism and the uncanny.

Stephen Hiscock is a composer, drummer and percussionist. His composing work has covered film, advertisements, theatre and the concert hall, having had works performed internationally, notably a national tour of Ghana. Stephen has spent several very happy study periods in Ghana learning traditional styles of music with master musicians from the National Dance Company of Ghana and The Pan African Orchestra.

Described by Le Monde as ‘As fine an actor as she is a singer,’ soprano Sarah Gabriel made her USA debut as Lucy Lockit (Britten The Beggar’s Opera) conducted by Lorin Maazel and her European debut as Eliza Doolittle in Robert Carsen’s triumphant production of My Fair Lady at Théâtre du Châtelet, Paris, opposite Alex Jennings as Higgins. Sarah has given recitals of music spanning 300 years and as a soloist with orchestra, she has performed the major oratorio repertoire, world premieres, operetta, musical theatre, and concert arias with ensembles including London Sinfonietta, Manchester Camerata, English Chamber Orchestra.