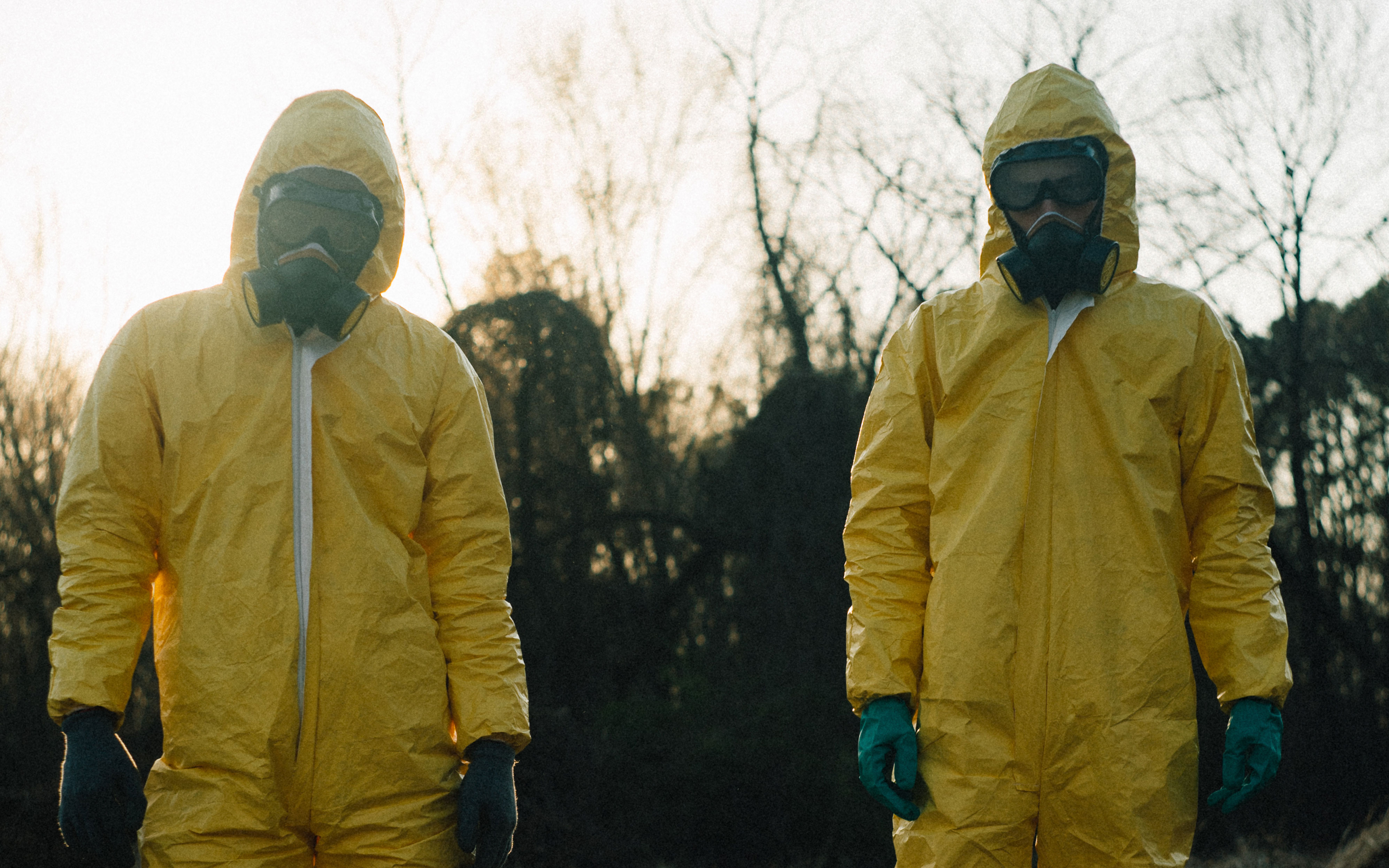 PRISON RELIGION is the collaborative project of Richmond-based audio/visual artists Poozy and False Prpht. They draw on slivered, staticky forms of electronic music – industrial, noise, techno, and the sort of glass-shattering bass-heavy stuff.

Poozy and False Prpht, aka Parker Jones and Warren Black, first met in an airport in South Carolina, releasing their first mix in 2016.  From the early release, Cage With Mirrored Bars (a collaboration with Crimewave, on Blackhouse Records) to 2018’s O Fucc Im On The Wrong Planet, the duo has dived deep into the space between blown-out trap and contemporary destructive club music.

They also draw on legacies of metal and hardcore, throwing their bodies around at shows, punching low ceiling and screaming over PAs pushed to their upper limits, whilst treading the line on the more outré realms of contemporary rap.

“The barely tonal beats of tracks like ‘Shots Fired’ have this way of making it feel like the 808s are falling apart or dissociating, like a crowd dispersing as Jones and Black spin kick in the centre… acid-drenched tracks draw on the history of industrial music, metal iconography and experimental club music.”

O Fucc Im On The Wrong Planet displays the duo’s confrontational yet hysterical and escapist approach; P_R explains in an interview, “the title’s this realisation that our whole situation is so fucking bizarre… We’re living in Idiocracy. What the fuck is going on?”

The production destroys any notion of comfort afforded in dance music, with cold industrial and glitchy hip hop textures serving as the stylistic anchor. According to Noisey, “[e]ven though it’s only six tracks, only one of which breaches three minutes, the duo manages to compress a whole lot of dread into the record’s short runtime – a reminder that space is a fruitful setting for any sort of horror-invoking media.”

Soon after the release, Prison Religion teamed up with Halcyon Veil to release a collection of remixes based on the record. Titled RESONANCE IN EXOPLANETARY HYBRIDIZATION, the EP features edits by Swan Meat, Lee Gamble, Rabit, Bonaventure, Geng, and Endgame, among others. With close ties to NON Worldwide, P_R are also ushering in a new wave of vocal-based club performance.

“Prison Religion are one of the most hardcore, rap-related acts we’ve heard in years. No cock out business, just Philip Best levels of mic-burning bile and vitriol shrieked and expectorated over bludgeoning beats, field recordings and charred electronics.”

Not one for the faint-hearted, we can’t wait for the acid-drenched sounds of Prison Religion to blow our minds (and possibly our eardrums) at Supersonic 2019…