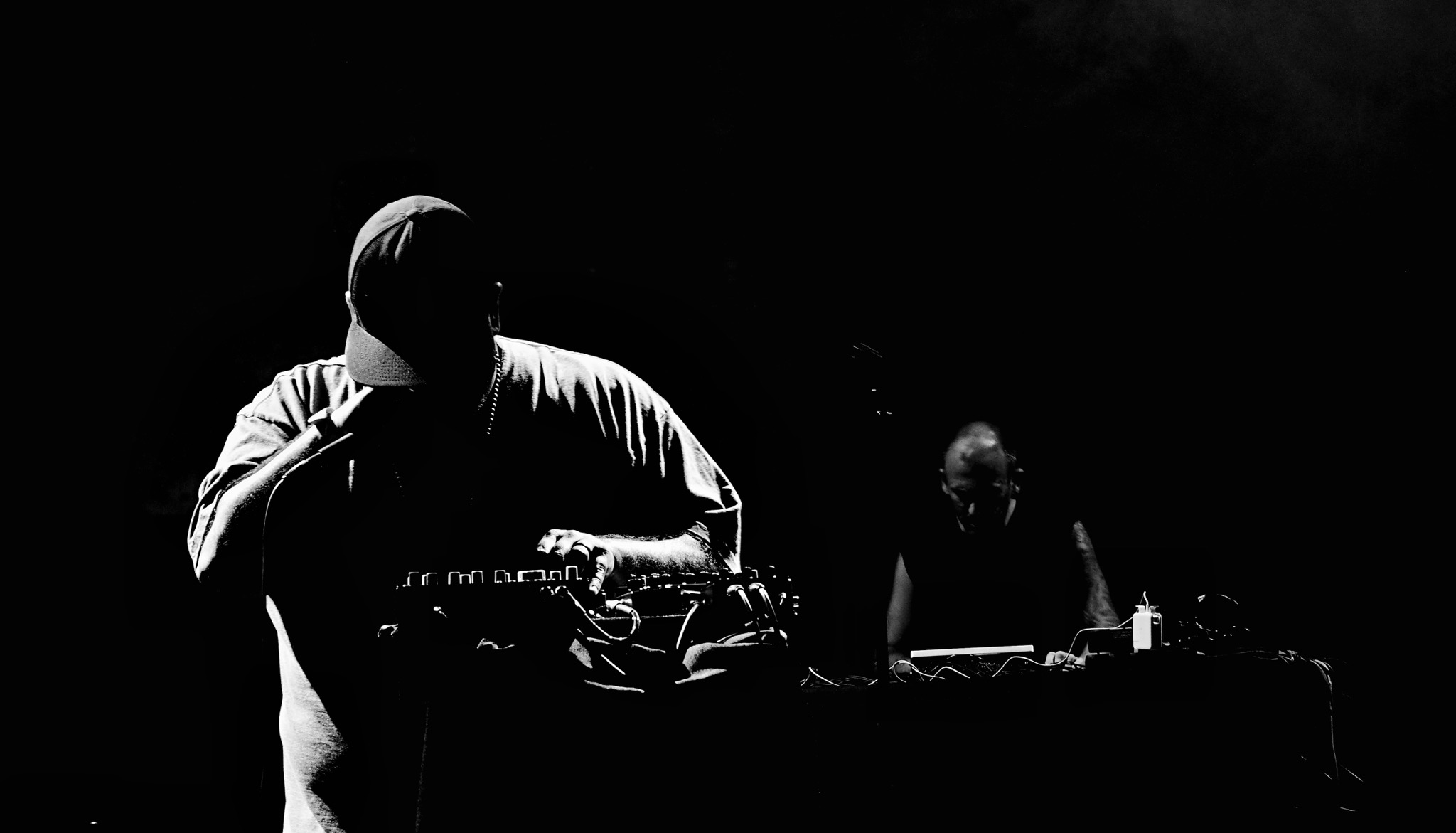 It’s been 20 years since the pioneers of alt hip-hop, Dälek formed in Newark, New Jersey; having since crafted an idiosyncratic blend of ambient metallic noise and pungent, declamatory raps. Led by rapper, producer and engineer Will “Dälek” Brooks, this act seemed too quirky for the rap kids, and too left-field for the metal dudes. But thanks to excellent, ground-breaking work such as 2002’s From Filthy Tongue of Gods and Griots and 2005’s Absence, they carved a singular path, anticipating the crop of contemporary noise-rap experimenters like Clipping and Death Grips in the process.

“DÄLEK’s take on hip-hop is foreboding and hypnotic in a way that feels unexpected; sure, in the Age of Future, creepy, dark vibes are almost

de rigeur, but DÄLEK takes it a step further towards the abyss by incorporating a seething electronic edge – think Einstürzende Neubauten, not Soundcloud.”

After releasing 7 studio albums, numerous collaborations, EP’s, and remixes, they are known for their large body of work and pushing boundaries with every release. Debut album Negro Necro Nekros was released in 1998 on Gern Blandsten, 2002 saw Ipecac Recordings release the game-changing From Filthy Tongue of Gods and Griots which was followed with 3 more releases on Ipecac Recordings – Absence in 2005, Abandoned Language in 2007 and Gutter Tactics in 2009.

In 2010, Dälek went on a five-year hiatus to recoup from a decade of relentless touring and to focus on new musical projects. In January of 2015 MC Dälek said he “missed the noise,” and a tour and new single quickly followed. 2016 saw the release of the critically acclaimed Asphalt for Eden on Profound Lore Records, once again showing the music world their constant evolution sonically and lyrically.

Their flow has often been usurped by scorched textures, the product of synthetic decay, themes flitting from pungent political rage through to outright Dionysian frenzy. The latest release, Endangered Philosophies, has focused lyrics more at the forefront than ever before, and MC Dälek’s new experiments with rhyme styles and flows. There’s no doubt about it, Endangered Philosophies is a work of guttural catharsis, it is a call to arms…

Within the context of the current political landscape, the title Endangered Philosophies certainly brings to mind pertinent issues of the moment, notably the rampant rise of anti-intellectualism, as well as the all too rapid erosion of genuinely progressive values in the face of fearful reactionary forces. In MC Dälek’s own words…

“Endangered Philosophies is a very introspective record about very external forces. This isn’t about one listen… it’s about your evolving perception when you immerse yourself in the layers of sound and words. Endangered Philosophies is a record about the RIGHT NOW and yet will resonate differently each time it is listened to, in a word….timeless.”

Dälek have been prone to outbursts of pummeling extremity, yet their sound is anything but one dimensional; with viscous dark-ambient soundscapes congealing atop their incessant beats, a dual focus on brute force and disembodied unease. They make use of material sent to them by people they have friendships and relationships with including Toronto based Metz, manipulating and sampling in the same way they would use record samples.

Although the group have evolved their sound over the years, they continue to collaborate with the same behind the scenes crew who’ve been with them from the beginning, from the production team to the artist behind their cover art. At this stage in their career they have elevated to a frankly peerless stature; 20 years since the release of their pivotal debut album Negro Necro Nekros, and having previously collaborated with a host of like-minded visionaries; ranging from Krautrock legends Faust, through to the 90s electronic act Techno Animal – a similarly restless project comprised of Kevin Martin (The Bug, King Midas Sound) and Justin Broadrick (Godflesh, Jesu).

Fans of Dälek will be thrilled to discover that the group once again appear at Supersonic Festival 2019, charging forward and continuing to resist stagnation in all its forms.