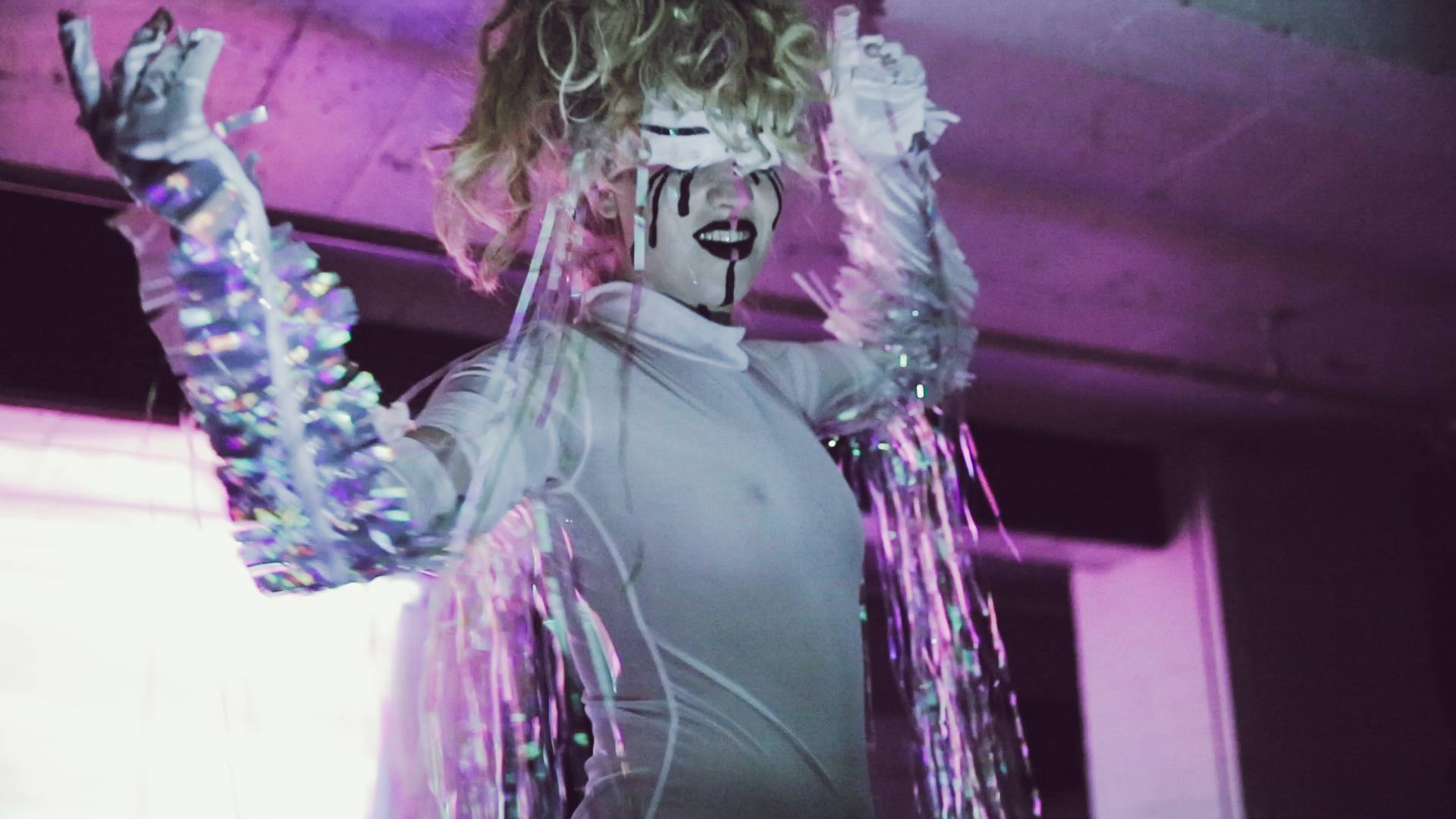 AJA “seems intent on destroying all boundaries between herself and the audience…not just that she tends to spend most shows off the stage, set up in among the audience, but the literal way she ropes the audience into what she does with her long microphone lead.”

Catharsis is a big part of her music. She channels a plethora of intense emotions into her work: “I scream and I’m confrontational, but at the same time I do it out of love – and I want everyone to feel that”. In spite of this, Aja’s performances haven’t always been met with respect. “I don’t like the old-school macho side of the scene, and at times crowds have responded with a lot of disrespect and misogyny. For instance, people come into my space even after I push them away, playing with my equipment and laughing in my face when I’m performing naked”.

“When people are open and respectful, magical things can happen”

Despite at first coming across as fierce, perhaps frightening, AJA’s work brings with it a sense of positivity. This positivity manifests itself is through a notable drag influence, the lead single from her debut album being entitled ‘Tuck It, Tape It’, an act which refers to hiding a penis and testicles with tape. She cites drag performance as a huge inspiration on the way she presents herself.

The vibrancy of drag also bleeds into AJA’s aesthetic, she co-designs her costumes with Berlin-based designer Lu La Loop. “I’ll send over sketches to her and she’ll design them. They are inspired by a whole range of things; usually stemming from conversations we’ve had about things as disparate as biology, punk, nature and witchcraft.” The costumes can at times come out as a hybrid of all those ideas, they’re colourful, but they’re also quite frightening. Her music has even been played at Berlin Alternative Fashion Week.

Aesthetically you could place AJA somewhere between Gazelle Twin, Fever Ray or even Arca, but sonically she’s something completely different. As well as being explicitly noisy, AJA’s live performances can also be beat-centric – she calls back to producer Andrew Course as a key perpetrator in AJA making the music she makes today. “He spent years and years teaching me everything I know about production, I don’t think I’d be doing what I’m doing now without him”.

AJA runs Ableton workshops for young girls who want to experiment with sound. She also uses this platform to promote discussions about taboo issues: “I try to open up conversations, about mental health and my experiences – and how music and performance has helped”.

into a kind of noise-based healing”

We invite you to Supersonic 2019, so you can be very much a part of that.