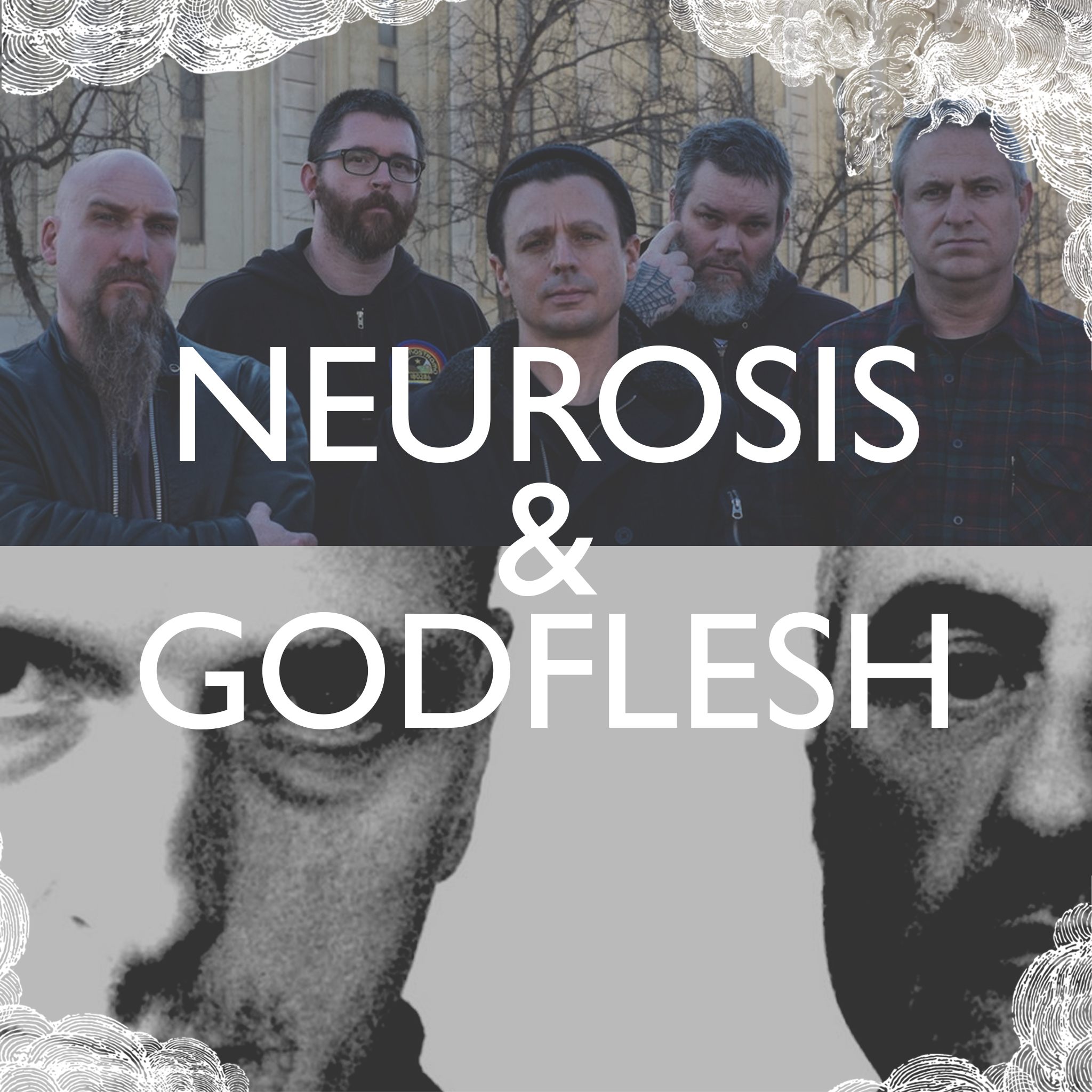 This year at Supersonic we are honoured to have legends NEUROSIS & Godflesh open the festival in the glorious setting of Birmingham Town Hall – two bands, pioneering in heavy sound.

Since their mid-eighties beginnings, and despite a catalogue that boasts some of the most moving sounds in visceral heavy music, NEUROSIS have always strived to incorporate light and balance as well as aggression and venom. Over the course of NEUROSIS’ audio and visual evolution, their unique sound has placed greater demands and offered increased rewards to all who’ve embraced it. They have developed a style blending industrial, heavy metal, and alternative rock with often spiritually focused lyrics.

Under the stewardship of Scott Kelly, Dave Edwardson, Jason Roeder and in 1989 spiritual heir Steve Von Till (and now Noah Landis and Josh Graham on visuals), NEUROSIS does only what the best art can: it crafts a sense world for those with sense and senses from the realm of eternal ideas and weaves it, whole cloth, into the audio, the visual, the powerful. A seamless melding and welding of elements that are not too wildly disparate: loss, gain, and eventually gaining through loss. With a recorded output of 27-odd releases and tours all over the lands known & unknown, it is almost impossible to try to capture them with a single descriptor, and many have tried – metal, doom, ambient hardcore – misguided at worst and a waste of time at best.

Over the collective’s past ten albums, Neurosis have invited listeners to join them on the path their music carved. The band has toured very little over the last decade and has generally avoided self-congratulation. Consistently affirming their self-reliance, singer Steve Von Till runs the record label that released the band’s last three albums (all of which were recorded with infamously no frills/no bullsh*t producer Steve Albini). All members of the band are candid about the day jobs they work in order to maintain the band’s independence. This suggests that Neurosis would continue to be Neurosis regardless of their audience.

Their influence can be spotted across a surprisingly wide variety of heavy music, from some of the most successful metal acts of the last 10 years to fringe Christian hardcore bands. NEUROSIS’ place in metal history has as much to do with the breadth of their influence as it does with the depth of their catalogue, and tracing that influence helps illustrate both the band’s impact and the singularity of their vision.

Across the pond, a little closer to our Midlands home, we add the industrious Godflesh to the mix…

An English  experimental metal  band from  Birmingham. Godflesh formed a few years after NEURSOSIS in 1988 by  Justin Broadrick  (guitar,  vocals  and  programming) after he left the first recorded line up of Napalm Death. He teamed up with bassist Ben Green and an Alesis-16 drum machine to unleash a pair of releases that sounded unlike anything at the time: the 1988 EP Godflesh and 1990’s full-length Streetcleaner. As one of the first bands to merge metal with industrial, their innovative sound has been dubbed as a foundational influence on both the industrial metal  and  post-metal bands that followed.

Godflesh is known for their unique mixture of industrial drum machine beats with droning, discordant guitar and powerful, intermittent bass. On their earlier albums, the rhythms, synths, and samples are credited to “Machine” or “Machines” but later, Godflesh would make use of human drummers Bryan Mantia and Ted Parsons. Their eerie, slow, and repetitive style is regularly described as “apocalyptic“, with Broadrick’s often guttural vocals that make use of something akin to the death grunt technique. Yet they also at times show a softer, more melodic side, as in “I Wasn’t Born to Follow” from 1992’s Pure. They present lyrics that are terse, cryptic, and bleak, often emphasizing duality or opposition, as illustrated by the opening lines of “Defeated” (from 2001’s Hymns):

Watch our interview with JKB and Benny; discussing hometown Birmingham, reformation, Home of Metal & the early years following their 2010 performance…

“It makes obvious sense to be playing where our roots come from. The whole inspiration is this city.”

We stand poised and ready for the mass of sound coming to us from these two phenomenal bands this July. Don’t miss out on this incredible line-up; get your tickets here.