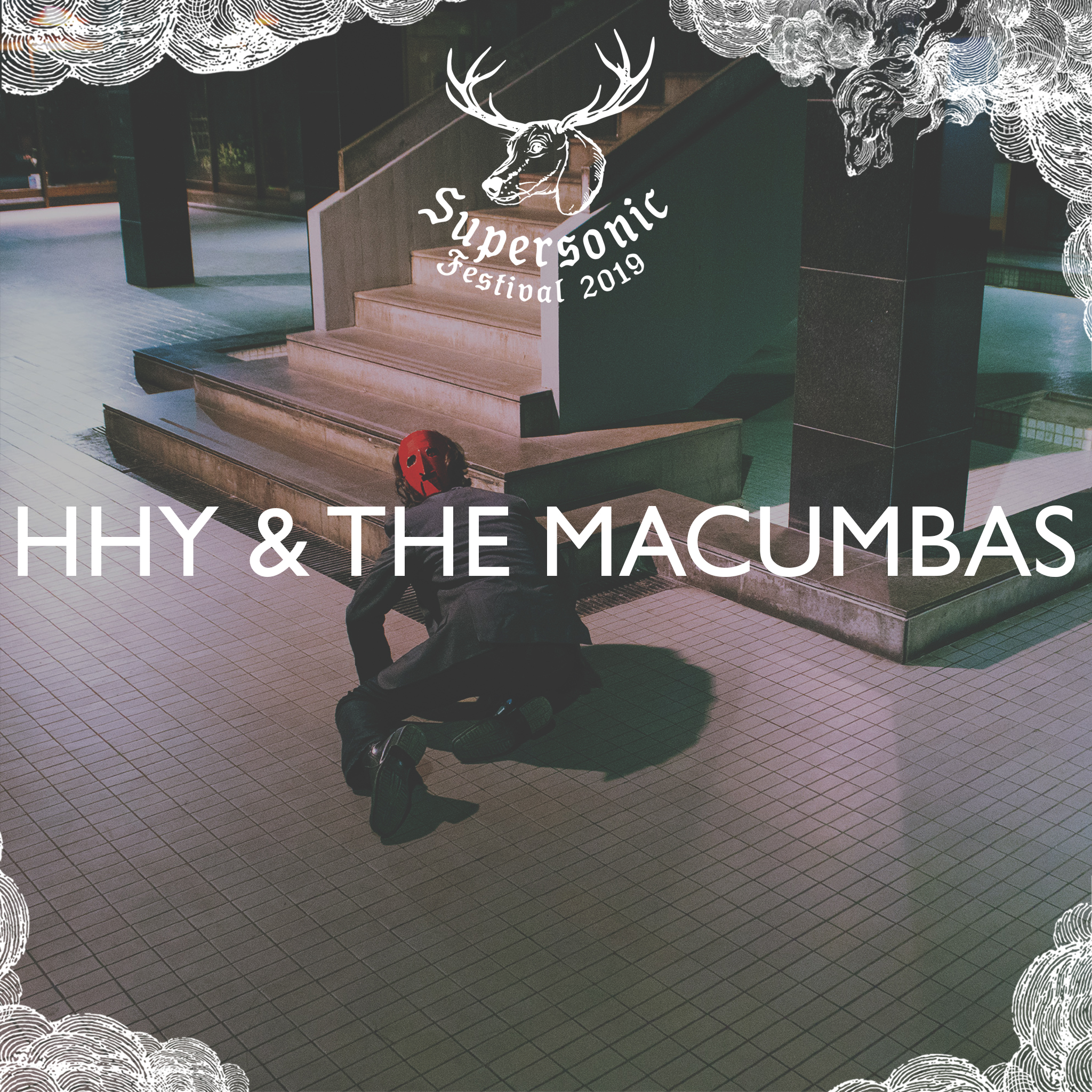 “The band’s intense concoctions of harsh brass sounds, cyclical percussion and idiosyncratic dub techniques mark HHY & The Macumbas out as one of a number of pioneering groups to have emerged from the progressive,

For those not familiar with the music of HHY & The Macumbas, they are a shifting musical entity. Built amid smoke and fiery red lights.

This band has been “a long investigation into percussion, circular rhythms, dub strategies, and horns coming from the alcohol-fuelled Portuguese marching bands” says constructor and conductor in the world of HHY & The Macumbas, Jonathan Uliel Saldanha.

The word Macumba comes from Brazil, where it refers to religious practices found across the country that originate in Africa, including the traditions of Candomblé and Umbanda. Both in Brazil and in Portugal, the term has taken on a pejorative meaning, connoting mischief, malice or witchcraft, forces associated with peripheral realms beyond the bounds of the city. In Portugal, the term also came to be infused with uneasy memories of its colonial role in both Brazil and Africa.

“This music stems from a deep connection with the streets of Porto and its undertones, nights and drags,” Saldanha says.

Saldanha’s work emerged out of SOOPA, an art and music production unit he founded in Porto, Portugal. As an international art and music platform, SOOPA is oriented around a collective of artists and thinkers; a sound, visual and performance laboratory with a longstanding activity based in the old harbour city since the dawn of the millennium. Saldanha has been a leading force in the Portuguese experimental music scene, through which he coined a signature “skull-cave echo.”

Watch a whole live show from the Macumbas here…

Part of the reason the Macumbas’ sound is so tough to define is that their music emerges out of an attempt to create their very own form of “traditional music”. As Saldanha puts it: “I was always very interested in this idea that we could make our own traditional music, the traditional music of this group of friends. There’s a group of five rhythms that we use, with different tempos, different accentuations. Kind of a signature. These rhythms became part of our sonic world”.

Beheaded Totem, their latest release (which you can listen to here) is a challenging record. Full of menacing horn parts, layered over mutating percussion rhythms, it’s an album that pulls in multiple directions: low-end frequencies gravitate downwards towards the Earth, while cymbals and trumpets clatter overhead, luring the listener out of the hypnotic circularity of the percussion. Meanwhile, the brass disappears into coiling, dubbed-out echoes and reverbs. It’s an intoxicating but unstable listen, constantly threatening to veer off into demonic territories.