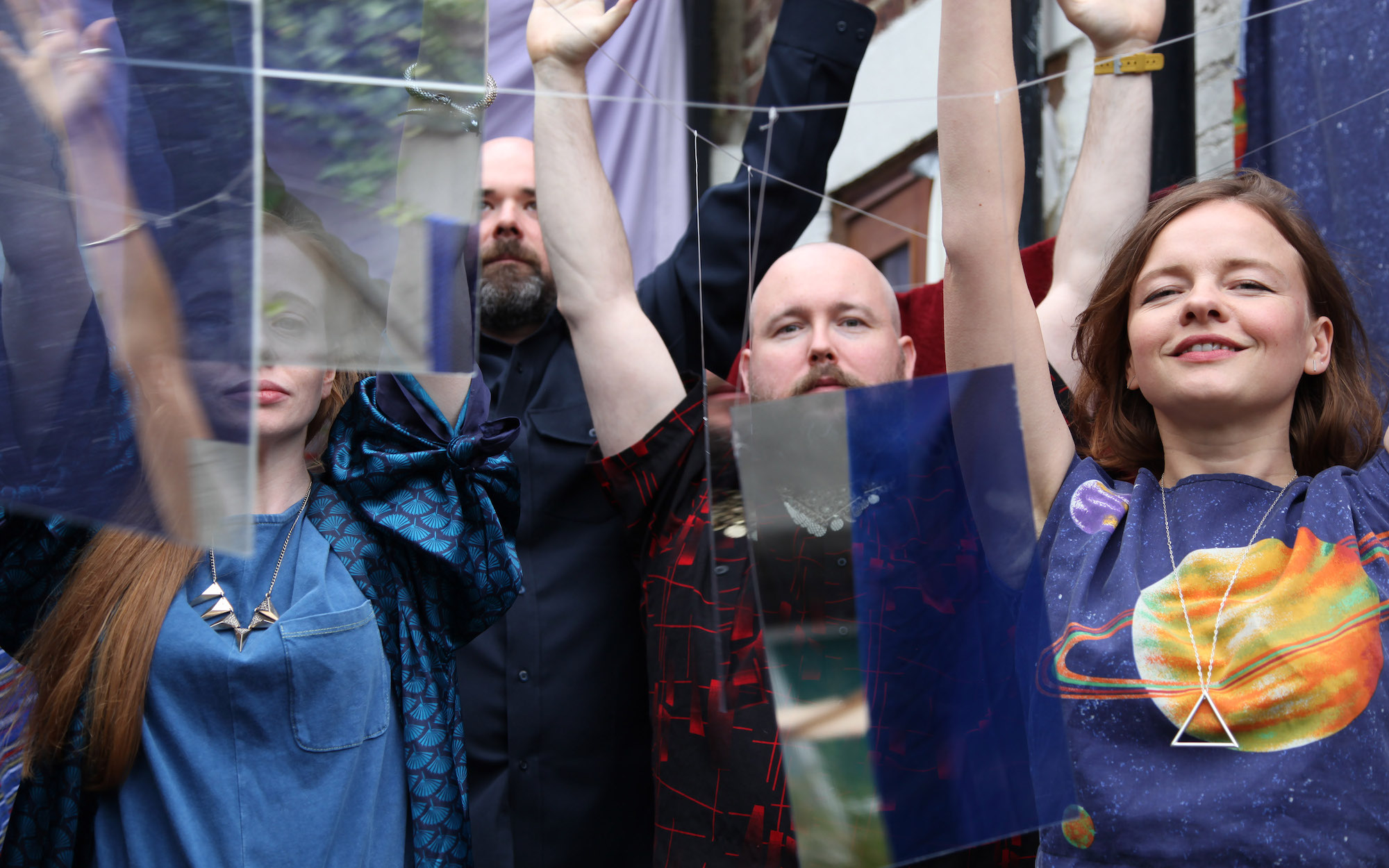 Hen Ogledd’s meaning comes from the Welsh name for The Old North, describing the region of Britain running from roughly present-day North Yorkshire up to the foothills of the Scottish Highlands and governed by Celtic Britons in the Early Middle Ages. With each band member hailing from historically different tribal regions of the Old North, they musically challenge the idea that the ancient world was rife with magic, while the new is infiltrated by cold logic.

“the sound of four curious minds having a conversation“

‘Mogic’, is the latest release from Hen Ogledd. A review from Loud & Quiet suggests“by the record’s end, the effect is not so much a musical experience as a multidisciplinary one, taking in storytelling, bricolage, poetry, linguistics, and even a dash of psychogeography.”

In an interview with Narc Magazine, Davies discusses how the band collaborate, explaining “I think we all really embraced vulnerability in writing and sharing heartfelt pop songs” and “we all shared an openness that allowed the music to go in different directions.”

Dawn Bothwell describes “I felt quite overwhelmed with love when I joined [the band] – it was very pleasant” adding “it’s like being in a soft play doing backflips.”

Watch a short film, that provides a loving insight into the making of Hen Ogledd’s new album, ‘Mogic’ …