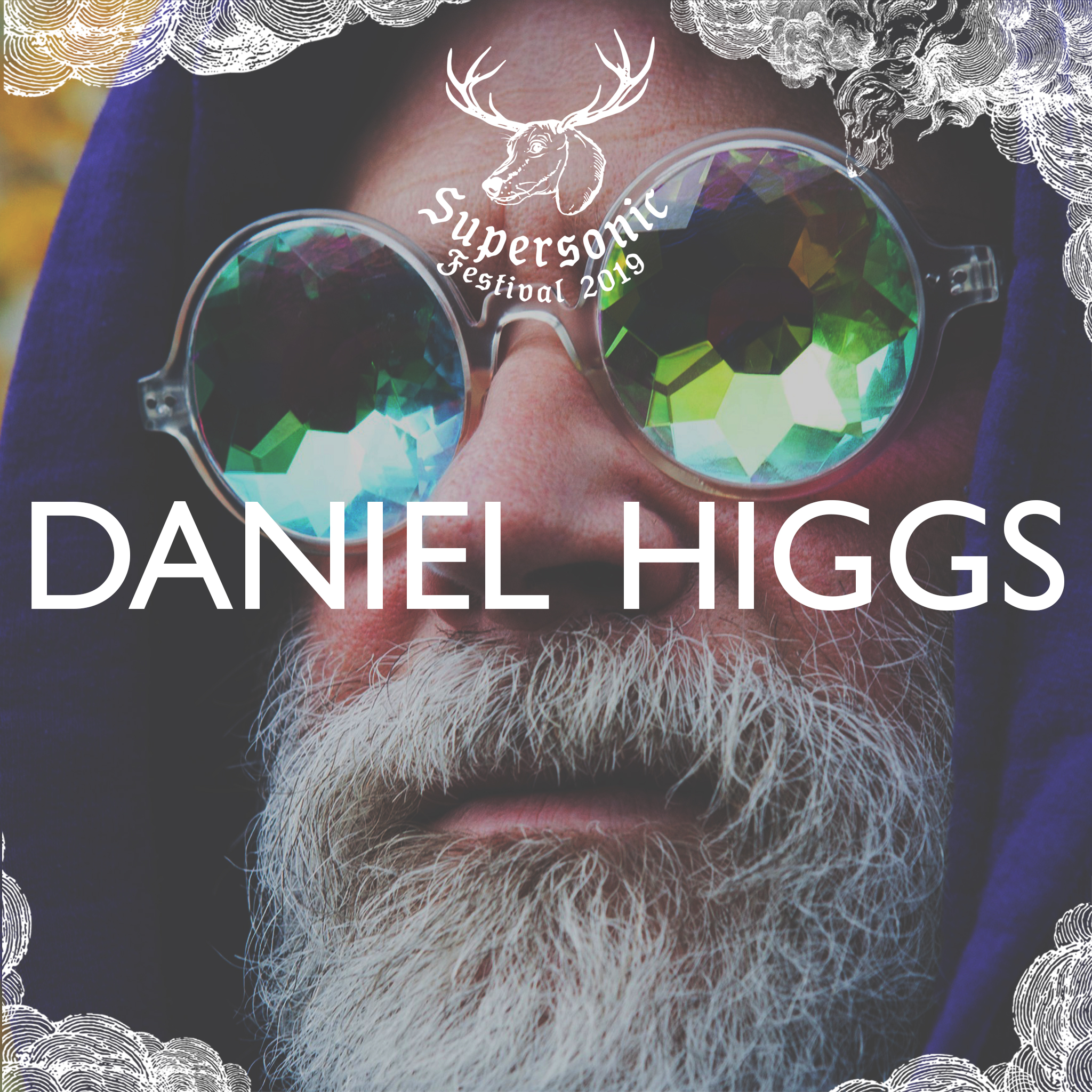 than how he gets you there.” – Pitchfork

Higgs is known primarily for his work as the sole lyricist and frontman of the four-piece band Lungfish, a group enshrined as one of America’s last true folk bands, and Higgs anointed as a patron saint to artistic purity. If you were growing up in the ’80s or ’90s, Lungfish may well have been one of the most important bands in your music anthology. The post-hardcore group tapped into something incantatory, enraging a sense of quest, spirituality and poetry via unmatched raga-like minimalism.

In recent years, Higgs has released a number of solo outings that can only be described as the ultimate in isolation, worlds away from the hypnotic, communal rock of his band. Higgs weaves meditative, casually ruptured drones using acoustic and electric guitar, upright pianos, banjo and jew’s harp, often recorded entirely on a cassette recorder. He pairs the music with a series of paintings that call to mind religious iconography passed through the disfiguring surrealism of Miro.

“A friend loaned me a banjo after I played it for a bit at his house. I switched to it from guitar almost immediately. I love its ancient voice. I love the voice of all banjo-like instruments; shamisen, tar, sarod, sanxian, gimbri, loutar, dhramyen. It’s a universal instrument.”

Often we hear that a true work of art is meant to speak for itself, and with the work of Daniel Higgs the statement rings truer than ever. His art is of the cosmos, we earthlings are merely lucky that it happens to be confined to our atmosphere, in our lifetime.

We welcome back our King of the Cosmos, Daniel Higgs to our 15th Edition of Supersonic Festival, July 2019.