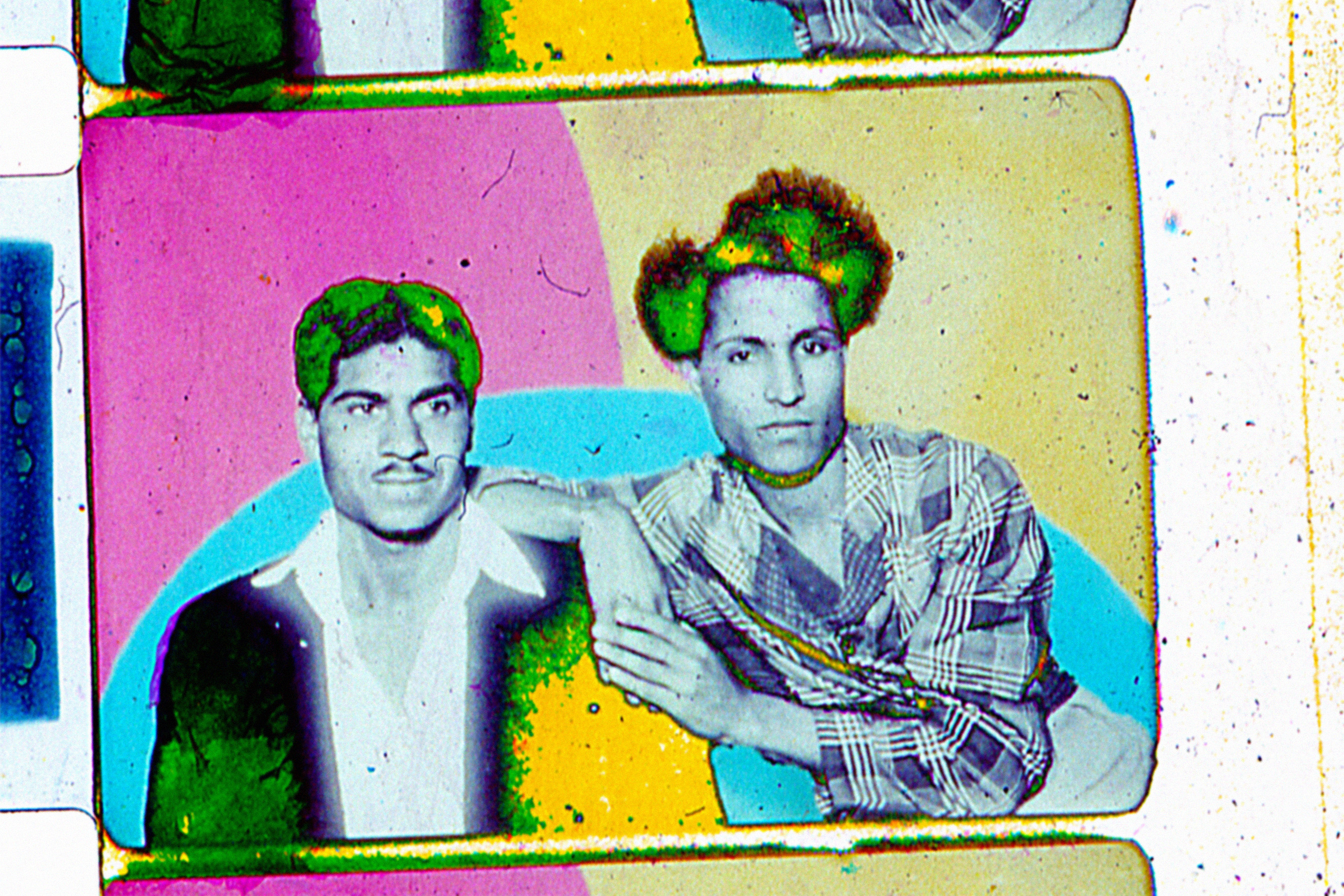 A recording project and live duo with an accompanying focus on analog film visuals, Jerusalem In My Heart performances feature a wide array of multi-media and theatrical elements, with no two shows ever being the same.

Guided by Moumneh’s melding of ‘traditional’ melismatic singing (in Arabic) and buzuk playing, with modern deployments of modular synthesis, filter banks, power electronics, field recordings, JIMH pay homage to the blown-out distortions of historical Arabic cassette tape culture, processed through modern currents of electronic music. Moumneh’s lyrical themes are deeply expressive and rich in political and socio-cultural historical consciousness, all of which are complimented by the 16mm film loops and projections that are an integral part of the JIMH aesthetic identity.

With subtle drones and tensive ambiances coming together, JIMH builds an atmosphere that transitions organically into Middle Eastern melodies, with distortion and noise joining aspects of electronic production. Orchestrally, their music creates a potent element which results in a rich sonic offering, the joining of numerous instruments meeting to bring together transcendental experimental folk music.

There is a certain spiritual element that sprouts from many forms of traditional music, but there is something distinct about JIMH Arabic melodies. Carrying the listener through different areas, from minimalistic, to heavy atmospheres to moments of free-jazz spirituality and drunken rendition, the buzuk and percussion lead the way through bizarre, hazy projections while repetitive motifs build on a momentous sonic illusion.

With another 10 acts JUST ANNOUNCED for our very special 15th year anniversary, this is a Supersonic weekend NOT TO BE MISSED!

Get your weekend tickets here.