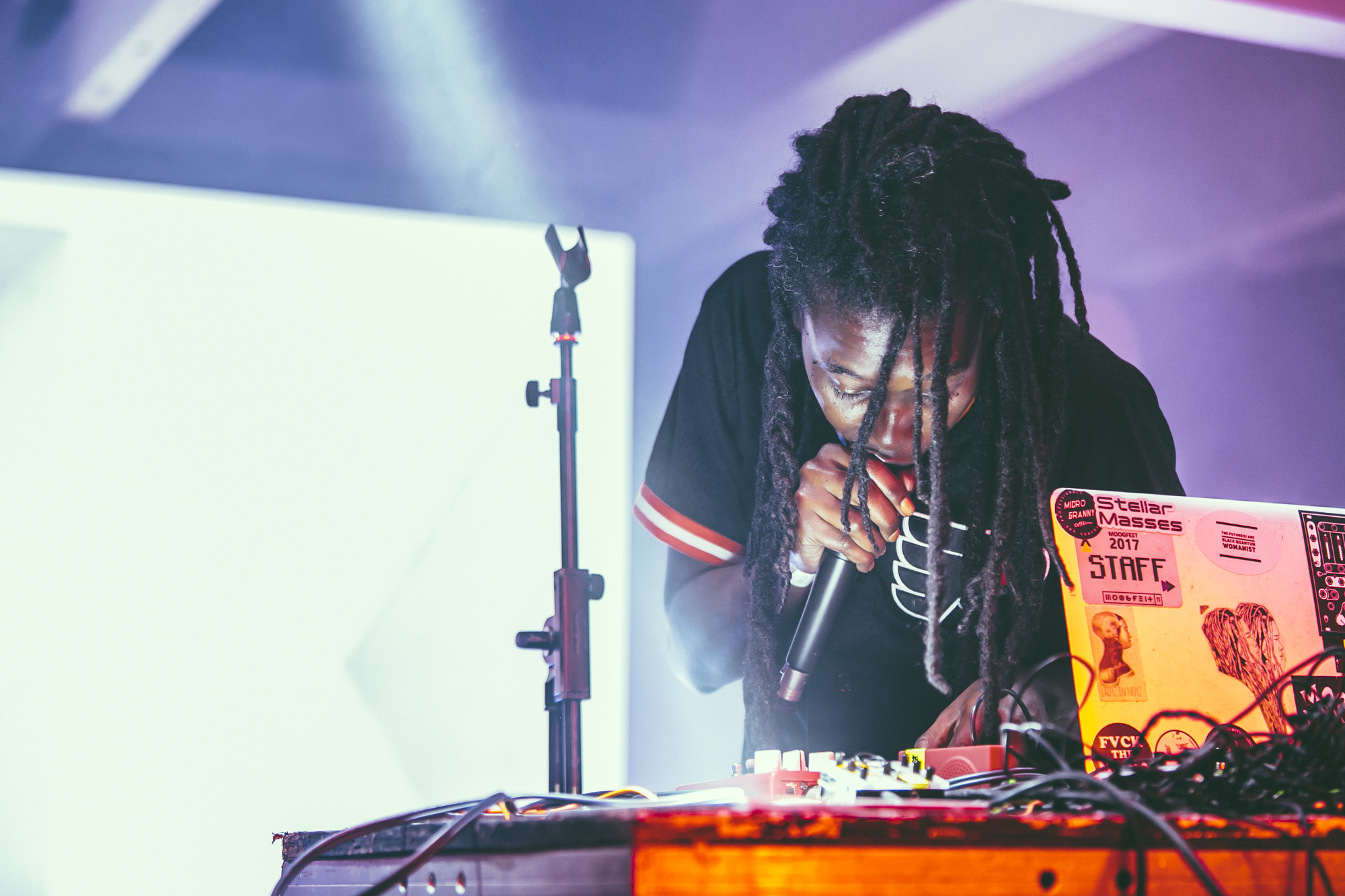 Over in Digbeth and across the 15 year anniversary weekend, Moor Mother shall bring her viscerally charged output, and unstoppable energy to an innovative new collaboration with Supersonic veteran The Bug- who first appeared at Supersonic Festival’s first ever edition back in 2003- joining the dots between mutant strains of dancehall, acid ragga and grime. 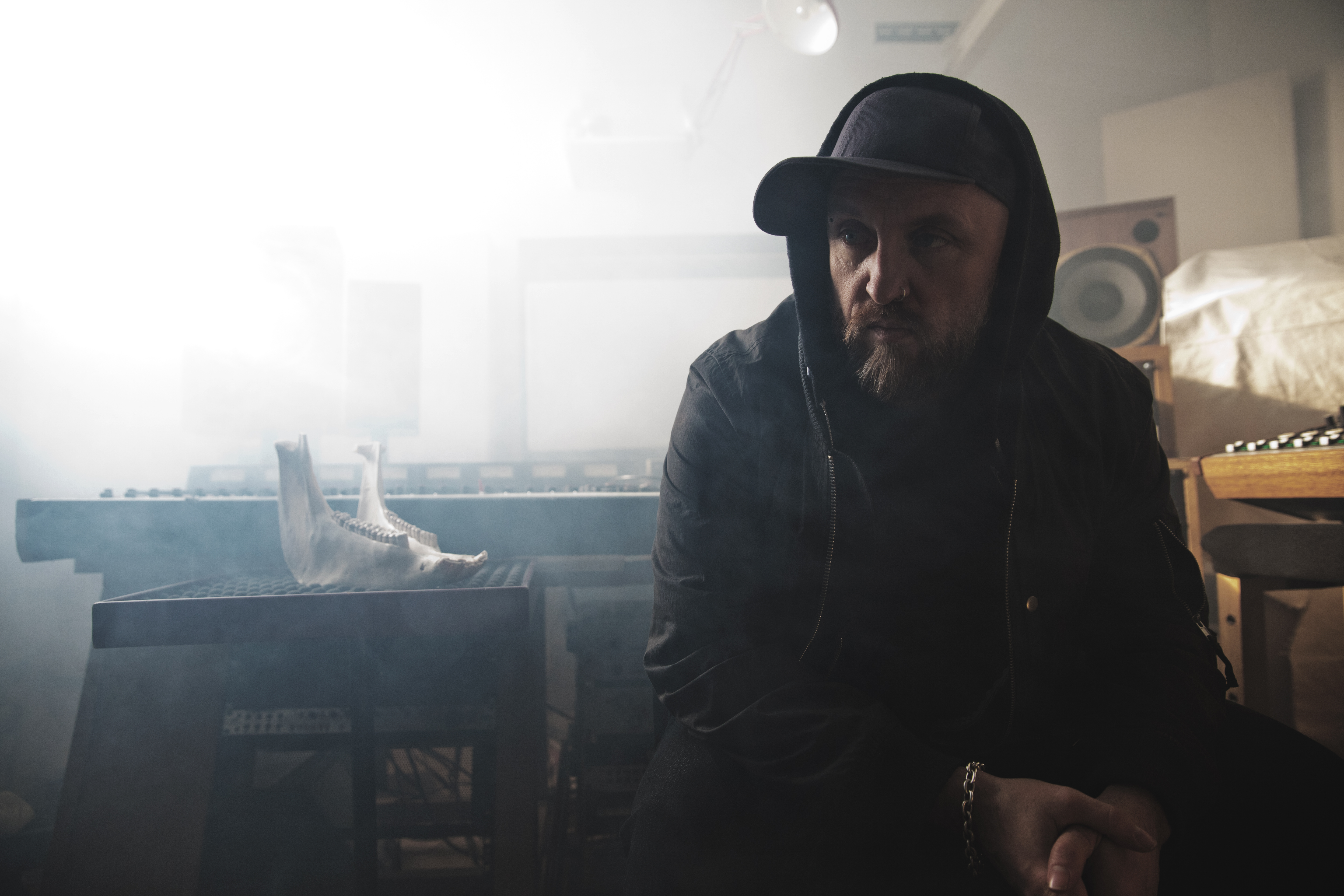 “It’s angry and ferocious, but always triumphant: When it threatens to bust out your windows and rip holes in your speakers, it crackles with the kind of force that makes you want to punch the air as hard as your subwoofers do” Pitchfork on London Zoo, released on Ninja Tune

The Bug: The main mutation of producer Kevin Martin who over the years has been, and is also currently, known under many guises, and has been screwing around with deep bass for well over a decade. From his first release in 1997, a concept album called Tapping the Conversation, his sounds have evolved from alternative prototypes of dubstep and instrumental hip-hop to a charged, digital ragga with a repertoire of grimy, distorted beats and mutated dancehall.

With punishing, acid-burnt dub electronics, The Bug’s music has been described as a manifestation of how London has transformed the sounds of Jamaica to its own ends, from 2-tone to jungle to dubstep, with rhythms so pervasive and locked in that after a while you start hearing the spaces in between as much as you’re hearing the beats themselves.

In light of this very special Supersonic year, The Bug will be joined by Supersonic’18 artist Moor Mother, a musician, poet, visual artist and workshop facilitator who has performed at numerous festivals, colleges, galleries and museums around the world. In line with her own description, the viscerally charged Philadelphia based artist and activist, Camae Ayewa, creates music which weaves between “blk girl blues”, “project housing bop” to “slaveship punk”, with these self made categorisations allowing Moor Mother to be fluid and interdisciplinary with her expression. Her music is often harsh, confrontational, projecting both the cathartic anger of punk and the expansive improvisatory spirit of Sun Ra into an output that is consistently grounded in a sense of history and story-telling. Through her blending of hip-hop, samples, spoken word and free jazz into collages that shudder with both pride and anger she charts centuries of abuse against black people, the differing textures working in tandum to create a strange, jarred beauty.

As Robert Aiki Lowe’s guest curation, Moor Mother made an impression not only with her enigmatic live set, but also with her compelling Q&A and time with the MOOG Sound Lab. Her collaboration with The Bug is set to be a hugely anticipated performance, and if their 2018 performance as ZONAL (The Bug and JK Flesh) and Moor Mother at Caixaforum, Barcelona is anything to go by, Supersonic audiences are in for a set of punishing volume and intense bass.