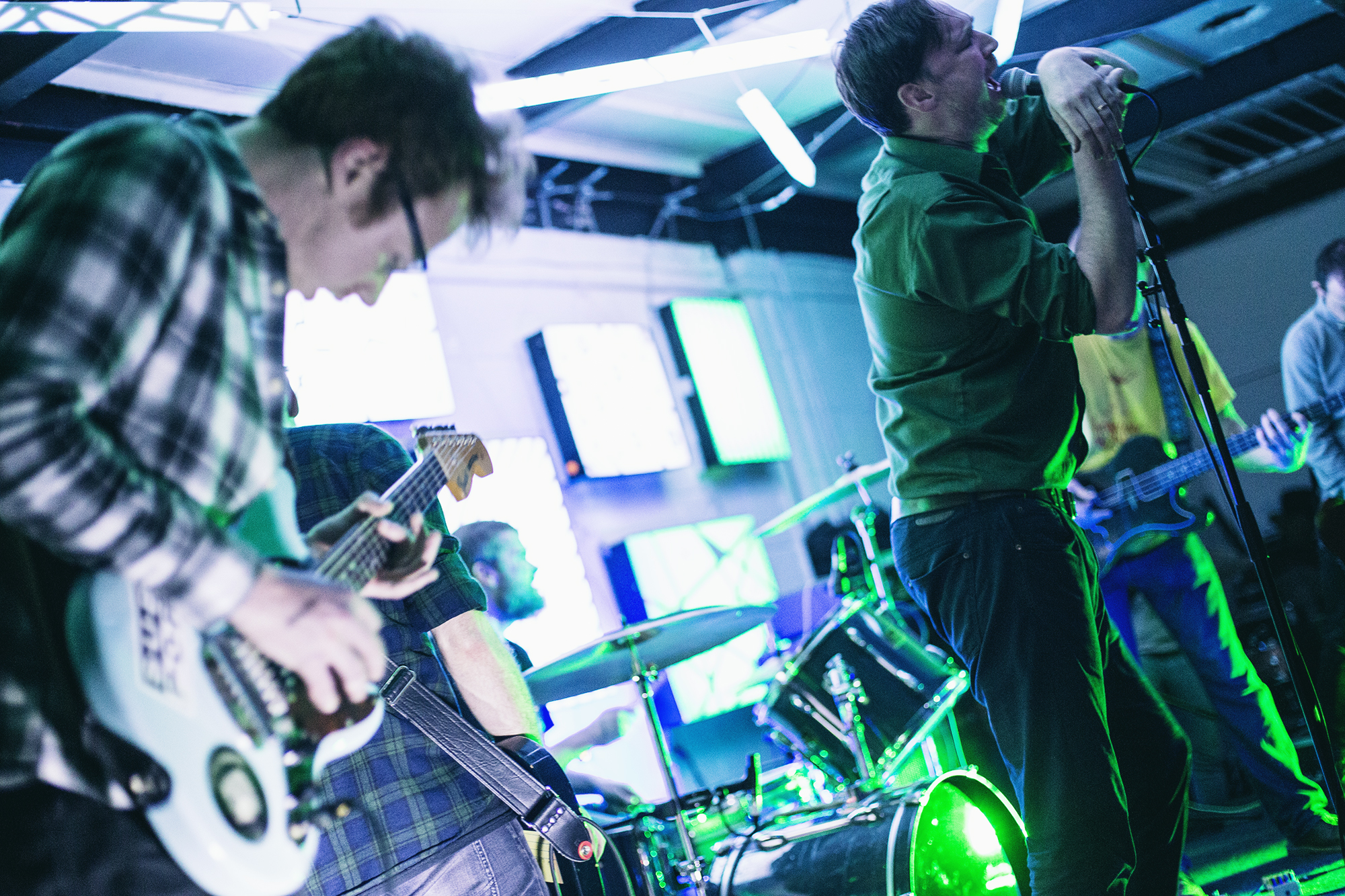 …and our end of year blow out at Centrala was a whopping night of noise and left-field festivities. On December 8th Supersonic saw 2018 out with a bang, with the last show of the year featuring the mighty Hey Colossus with Youth Man, Yama Warashi and Matters, with the mesmerising Ideas of Noise keeping us going throughout the night with sets downstairs. 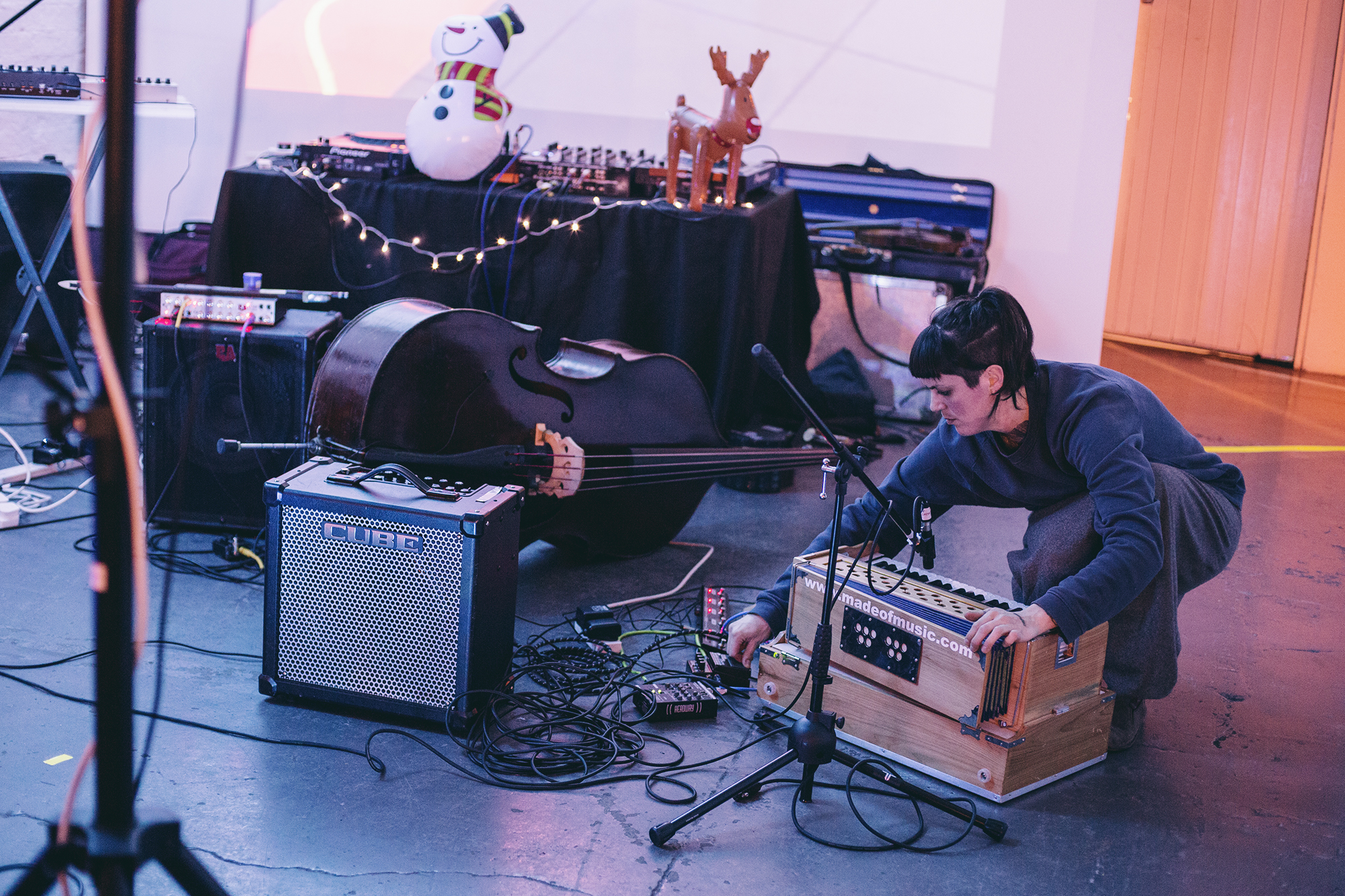 Starting the night downstairs we had the incredible musical offerings of Ideas of Noise, who those who attended Supersonic festival this year may well have caught on their curated Friday night stage. Produced by Andrew Woodhead and Sarah Farmer, IoN’s focus on connecting experimental audiences and performers undoubtedly shone through with SPACETIMEBAND (Sarah Farmer / Andrew Woodhead / Richard Scott / Aaron Diaz / Joe Wright), an exploration of General Relativity and cosmological curiosities through sound. Throughout the night they had the audience transfixed by their musical meanderings sonically and through animation. 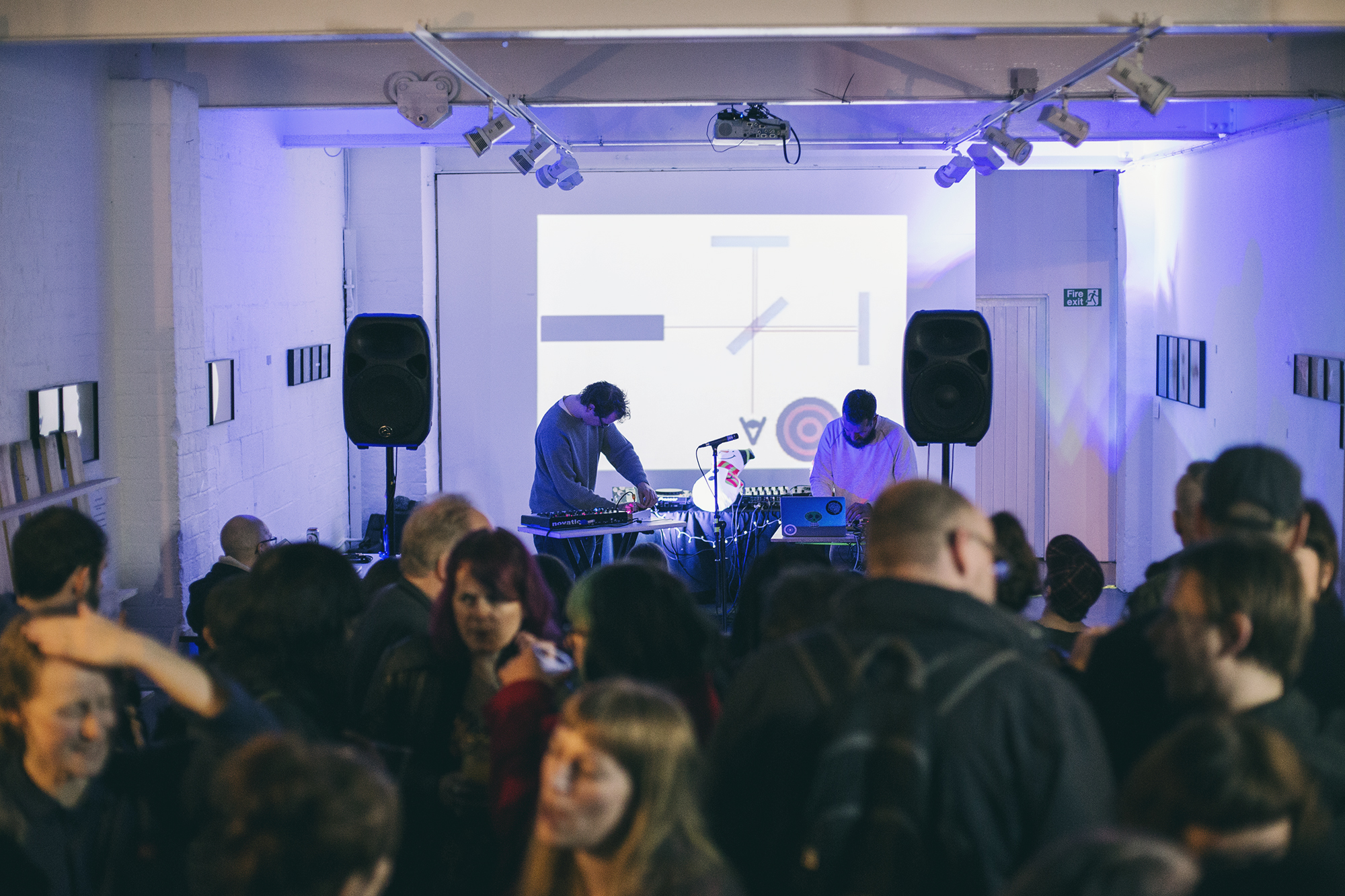 Kicking everything off upstairs we had Brummie babs Matters. The guitar + synth + drums had the audience moving with their building, electrifying instrumentals. Their blending of krautrock, psychedelic, post rock and techno left a powerful impression, with the visuals proving for a magical, hypnotic show. 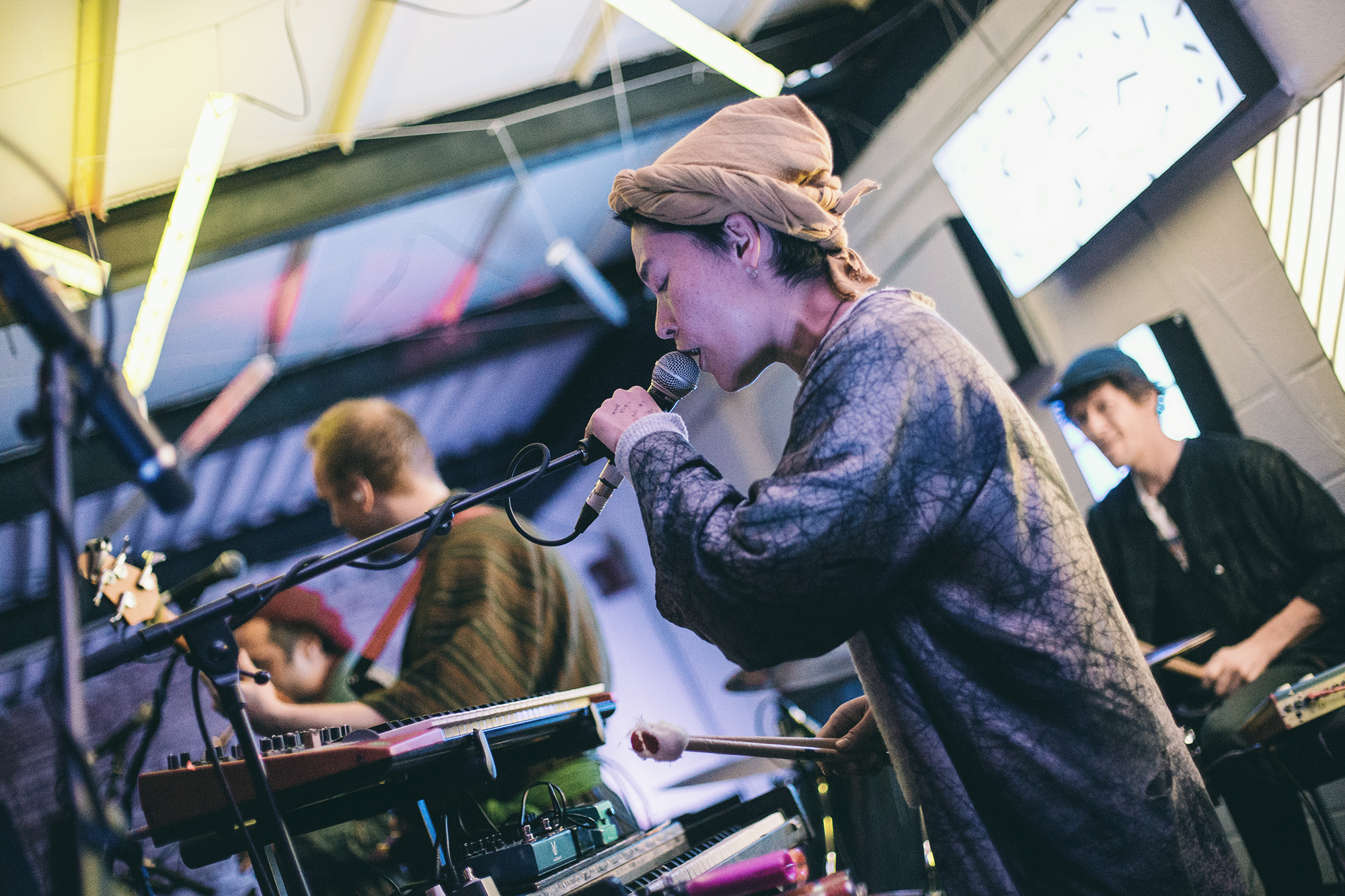 Bristol’s Yama Warashi promised a dreamy, evocative sound, giving us a more chilled groove which eased into samba and saxophone sounds and slices of electric psychedelia that transfixed the room ahead of the throws of Brummie punks Youth Man. 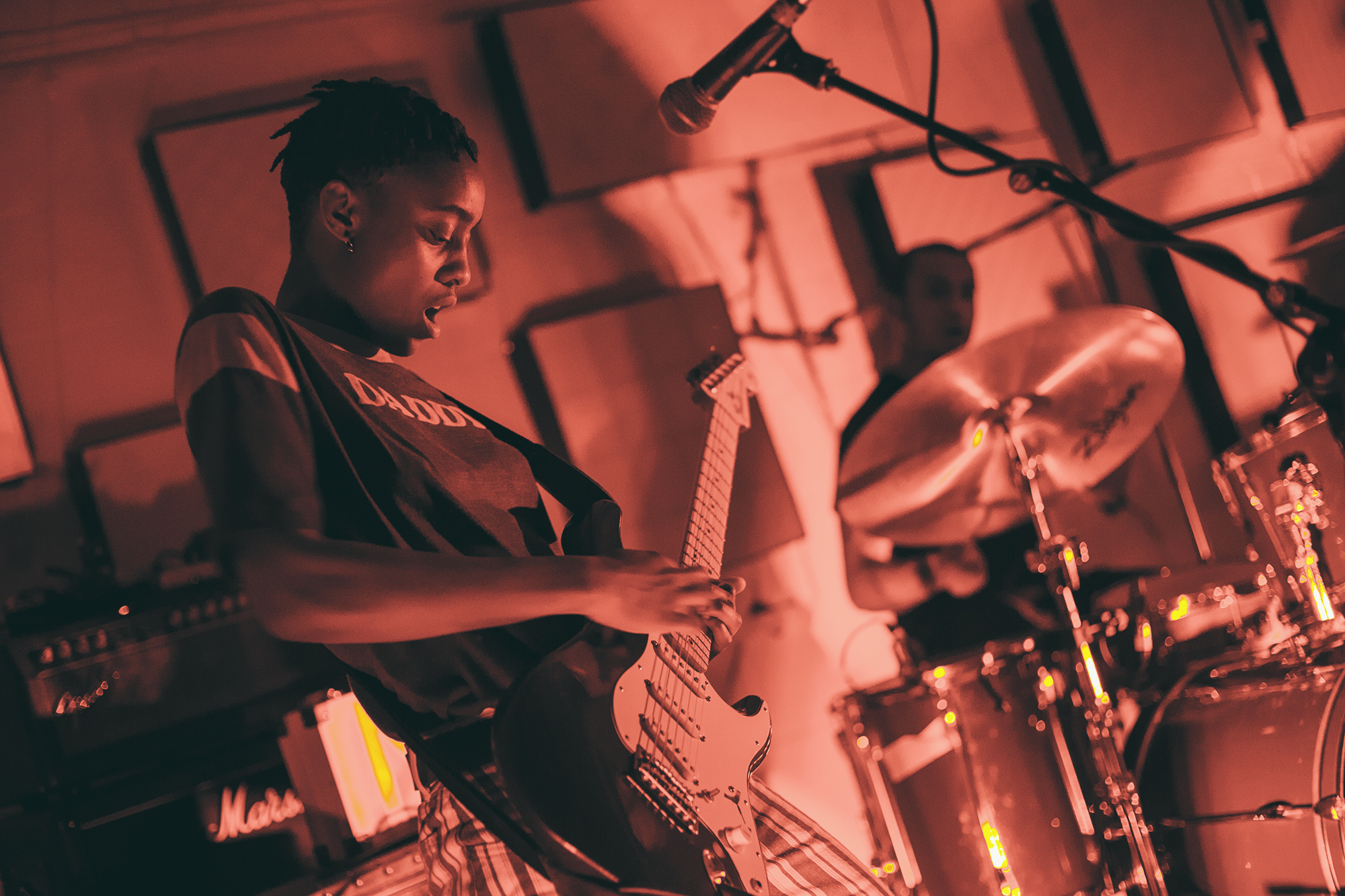 “If this was a soundtrack for what we can expect in the UK during 2019, it’s time to batten down the hatches because things could get rough”- The Arts Desk

It’s been a big year for Supersonic and our pals Youth Man, with them supporting our Pigs Pigs Pigs Pigs Pigs Pigs Pigs gig with Grey Hairs at The Hare and Hounds earlier this year, and of course on the third stage at Supersonic Festival. As per they delivered a shrieking, thrilling live show, fitting of their reputation as a powerhouse of hardcore performance matched by comic banter- who knew Black Sabbath were from Birmingham?!?! 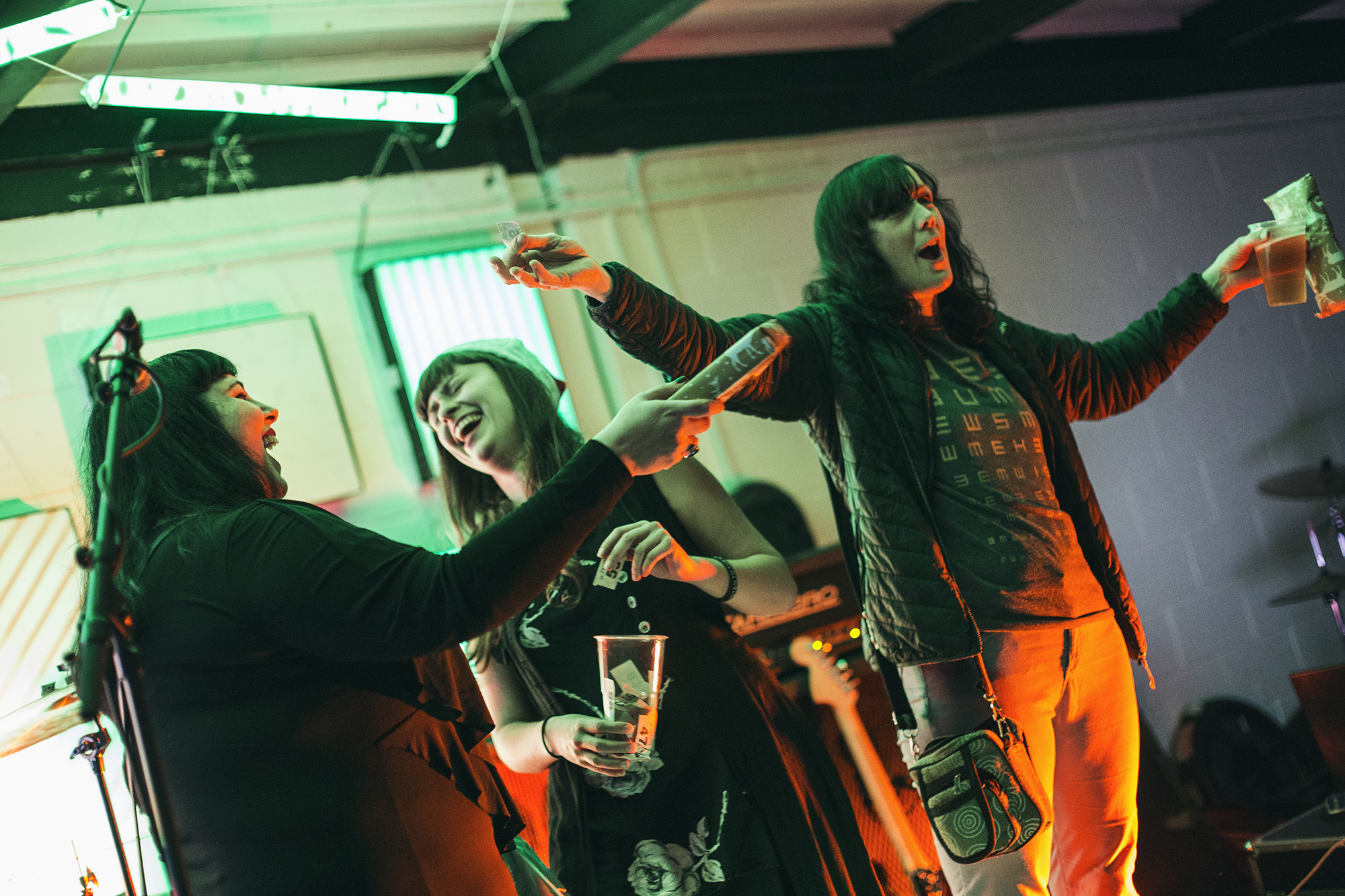 After a short interlude of festivities and raffle treats (who says we don’t spoil you?) it was time for our headline act Hey Collosus, a cataclysmic whirlpool of free noise. Forging a completely idiosyncratic combination of power, control, miscontrol and more power. Their gigantic riffs and unhinged drumming let us in for an astonishing show, with lead singer Paul Sykes howling at the ceiling with as much force as the pounding beats behind him, finishing the night with the audience locked into a fierce motoric groove. Their set left us pounding, ready for some extra special DJ sets propelling Centrala into the early hours of the morning.

A HUGE THANK YOU to Centrala and all the reprobates who helped us see out 2018 with a bang. Make sure you catch our upcoming shows in the new year, starting with The Messthetics, OUTLANDS Tour 4 with Beatrice Dillon and visual artist Keith Harrison, Pigsx7 with #SSFest18 faves Cattle and, of course, Supersonic Festival 2019, headlined by the almighty Neurosis.