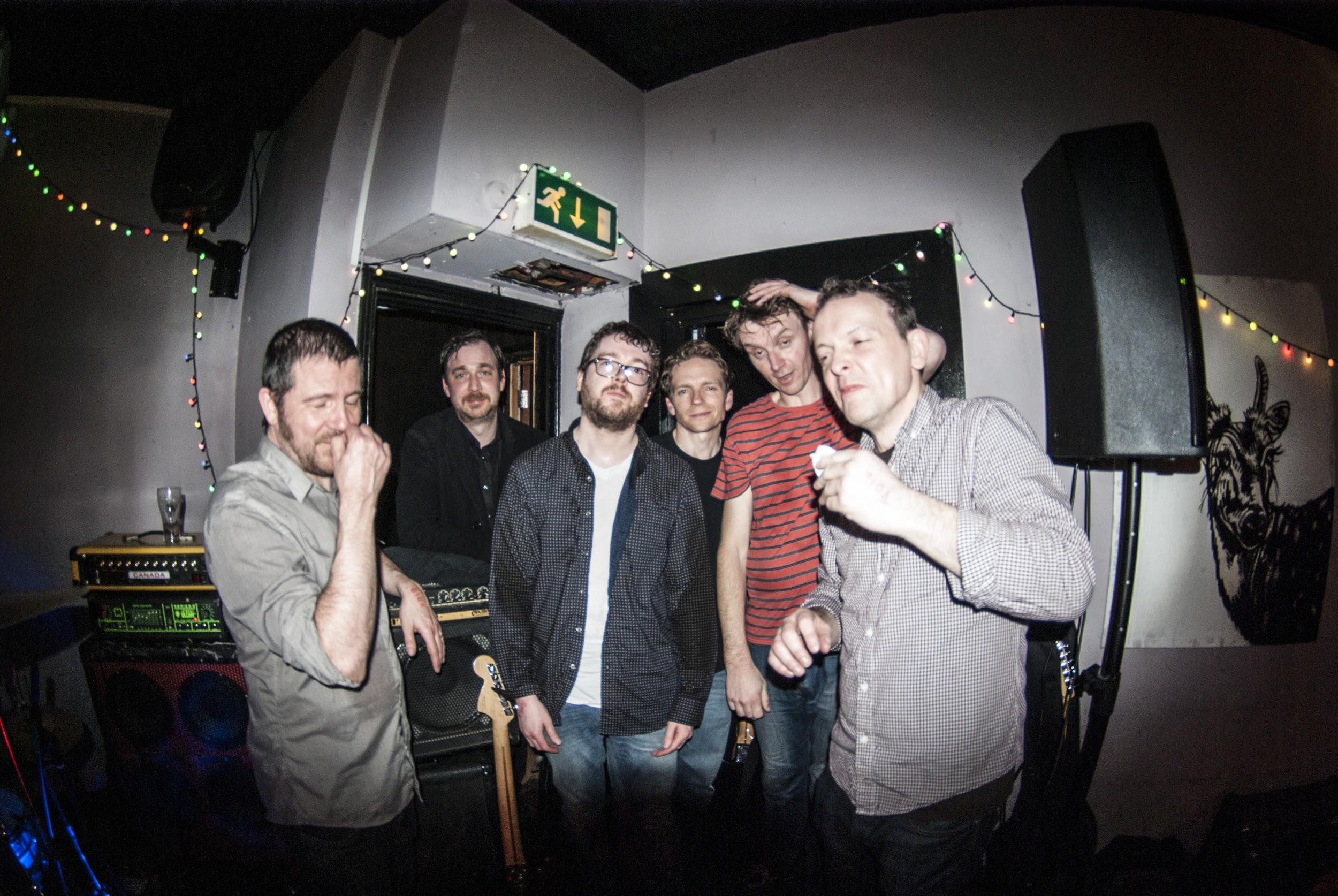 “Standard-bearers for post-millennial British music which is au fait with punk and hardcore while not being punk or hardcore”. – The Quietus

****Don’t miss Hey Colossus at our anti-Chrimbo Chrimbo show at Centrala! GET YOUR TICKETS NOW***

Forging a completely idiosyncratic combination of power, control, tenderness, miscontrol and more power, these six piece band acutely channel the best of your record collections and spit them back out into some quite astonishing shows and releases. Hey Colossus spew forth a colossal heap of gigantic riffs amidst a gurgling sea of unhinged drumming, which we can’t wait to host December 8th with brummie punks Youth Man, Matters and Yama Warashi.

Born as a crazed, cataclysmic whirlpool of free noise, Hey Colossus is a band which isn’t afraid to try new sounds, creating music which is increasingly more focused and getting better and better.

“Hey Colossus…stand as one of the most exciting UK bands around at the moment”. – Echoes and Dust

The band formed back in 2003, and have since become favourites of the UK’s underground scene with their records veering from drone metal to noise to classic psychedelic rock. 2015 saw two long players “In Black and Gold” and “Radio Static High” (both out on Rocket Recordings), albums which topped many end of year lists as must hear records and were both in WIRE Magazine 2015’s end of year Top 10 Avant Rock chart . The live events that followed only cemented a growing appreciation of what Hey Colossus have gone on to achieve over the years, with the psych-rock juggernauts releasing most recent album ‘The Guillotine’ last year, a phenomenal return that amplified their skull-crushing intensity, also on Rocket Recordings.

See them in full glory below with IMPATV’s live recording of their set for Rocket Recording’s 20th Anniversary show at The Garage, London, earlier this year. AND CATCH THEM LIVE DECEMBER 8TH FOR OUR ANTI-CHRIMBO BLOW OUT! Don’t miss out…