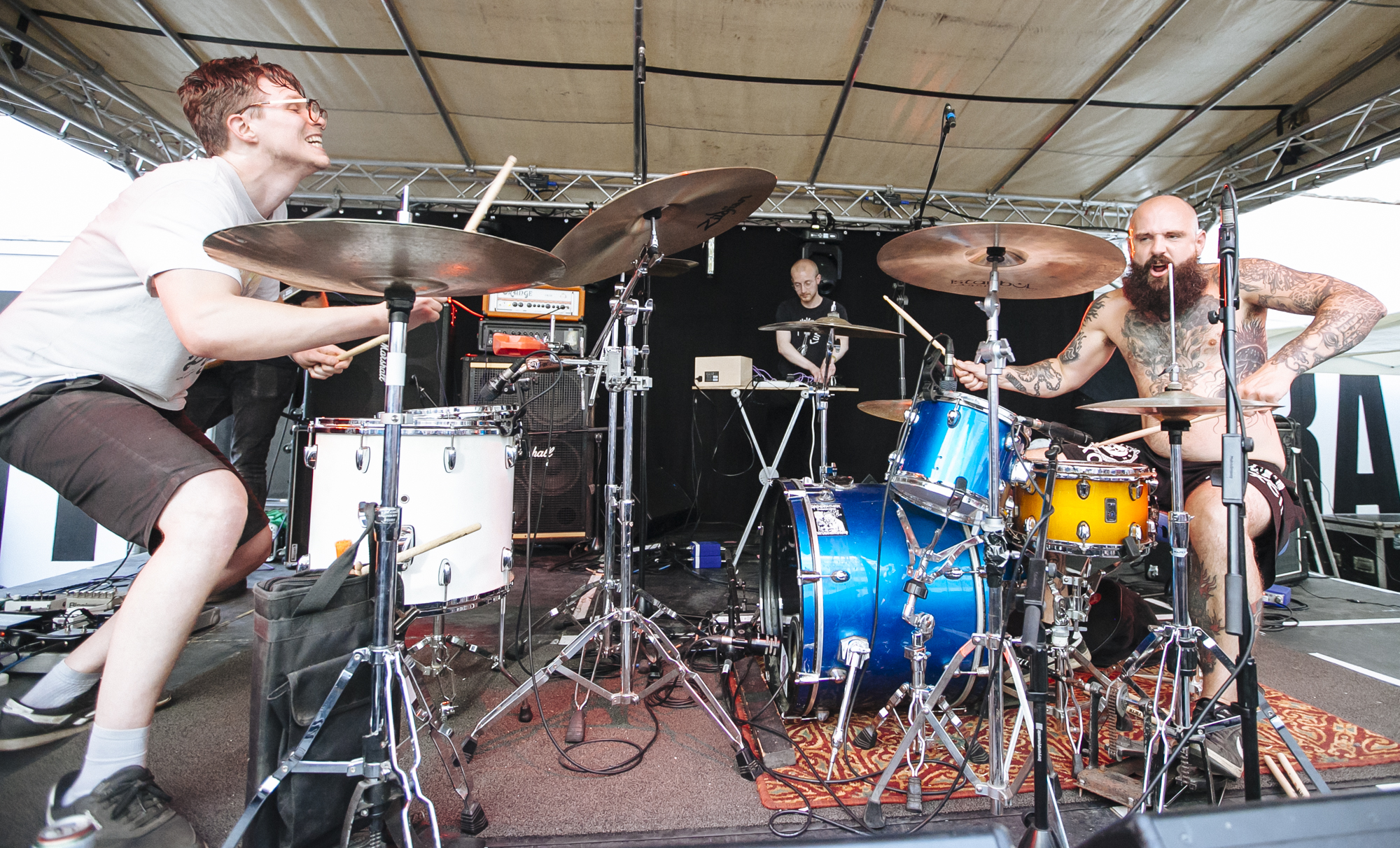 If you haven’t heard by now, the Pigs (Pigs Pigs Pigs Pigs Pigs Pigs) are returning to the Hare and Hounds in March 2019, promising a raucous night of amped riffs and demonic drumming with #SSFest18 favourites Cattle.

Over HALF of these tickets have already been sold. Get yours now!

Equal parts head and guts, Cattle are an all screaming, all dancing noise-groove wall of sound, with stomach churning riffs and double drumming that will take you through hell with a hip-shake. Formed in 2012, Cattle have shared a stage with the likes of True Widow, dälek, Terminal Cheesecake, Zeus and Bong to name but a few, and melted faces off at this year’s Supersonic Festival.

“Not ones to mess about, Cattle are straight in with the fierce two-drum assault. It’s bracing and glorious. It rattles your bones. Their percussive force is irresistible and they have that liberating wave of filthy, distorting noise-thing going on.”- Echoes and Dust on Cattle, Supersonic Festival 2018

One drums, another one drums, bass, vocals, tootle pipe and sound rod, the Leeds quintet Cattle occupies that rare space where an utter lack of pretence and theatrical noise-rock volatility intersect. Live, the band launch into an intense set of ecstatic noise, saxophone skronk, and highly percussive, sludgy grooves.

Listen for yourselves in our Supersonic Round-Up Podcast: Part 1

This is bound to be a one of a kind gig, and, with the Pigs’ new album ‘King of Cowards’ and international shows selling out, might be the last time you get to see them in such an intimate space.

Over HALF of these tickets have already been sold. DON’T MISS OUUUUTTTT, get yours now!