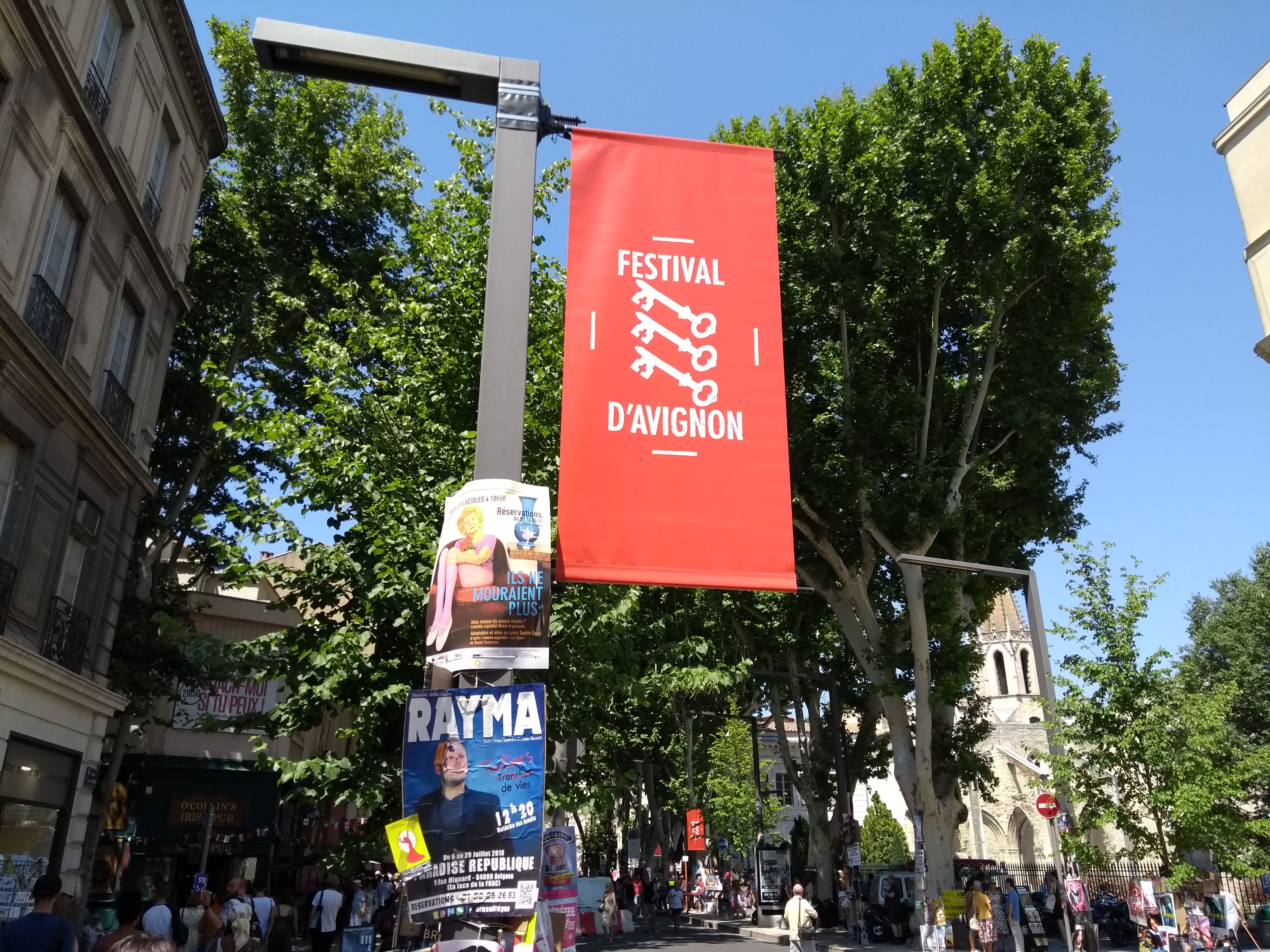 Every year in July, the French city of Avignon is transformed into something of a performance in itself: it becomes a home of venues, placing art in such legendary spaces of the main courtyard of the Popes’ Palace to the streets themselves, always alive with it’s thousands of spectators and artists alike. Last week, Capsule’s Audience Development Assistant Alice headed to Festival D’Avignon to experience this for herself, an opportunity which was made available to her through her placement within the Weston Jerwood Bursaries Scheme. She had a great time.

In Festival D’Avignon‘s mission statement, the festival is described as ‘a popular and contemporary artistic adventure’, bringing together general public and international creation in the making of a truly unique alliance, predominantly around dance and theatre. It is ‘a state of mind’, a place which encourages discussion, reflection, ultimately building a community of open-mindedness within a living, breathing culture.

This was my first visit to Festival D’Avignon, and I was taken by just how much this statement resonated in practice. From the visual ecstasy of the body through Sasha Waltz’s Kreatur, to the intimate, powerful creation of Rocio Molina Grito Palao, discussing female homosexuality and the desire to have children through flamenco. There is definitely a dialogue here. The live performances, and their messages, become living, tangible things, surpassing the native language of individual artists and their hosts. It is a dialogue which I had accessed at the boundary blurring BE Festival (Birmingham European Festival) only the week before, and a dialogue which is certainly not dissimilar to that of our beloved Supersonic.

It’s also worth noting that before this June I’d never been to Supersonic Festival before either. I started my placement with Capsule not only as a new member of the team, but also as a new pair of eyes and ears (…talk about a baptism by fire!). My role was created / is designed to look at what makes Supersonic so special to so many people. Without wanting to make you cringe, what I found to be so unique about our festival was its sense of family: those who come back each year to celebrate risk-ta king, experimental performance. It is a family of audience and artist alike, of young and old, from all corners of the city, the UK, and beyond.

When thinking of how best to talk about my time at Avignon, everything seemed to hark back to communion, that of the shared experience often promised within the sphere of a festival. The beauty of what I found in Festival D’Avignon lay in the fact that no matter who I was, where I was from, being a part of an arts festival meant stepping into a realm in which these needn’t matter. If #SSFest18 and the processional work of artist in residence Dennis McNett had taught me anything, it was that a festival is a realm which places you outside of individuation and into a greater whole. It is a space for connecting, reconnecting and sharing experiences w hich go beyond the everyday, sometimes beyond what is comfortable, often beyond what you know.

In a post-Brexit world of misunderstandings and misinformation, it seems essential- now more than ever- to be celebrating cultural exchange, and acknowledging what can be learnt from international art and performance- particularly in what it can teach you about human experience. Through the language of a festival, cultures can be connected in a way that reminds us of how much of the international can be found in our domestic spaces. For me, I am reminded of how much richer, and more electric these spaces become when such boundaries are blurred. Having an open mind is key, but it is by meeting international ideas with open arms- in the way which Festival D’Avignon and Supersonic do- that can prove most rewarding.