“Supersonic has had a longstanding relationship with multidisciplinary artist Robert Aiki Aubrey Lowe…He has proven time and time again that anything he puts his hand to will be extraordinary. We have no doubt that this collaboration with such accomplished artists as Yoshimio and Susie will be nothing short of awe inspiring.”– Lisa Meyer, Supersonic Festival

Three improvisational luminaries will be performing live together for the first time in the UK at Supersonic Festival before continuing on the second Outlands tour. 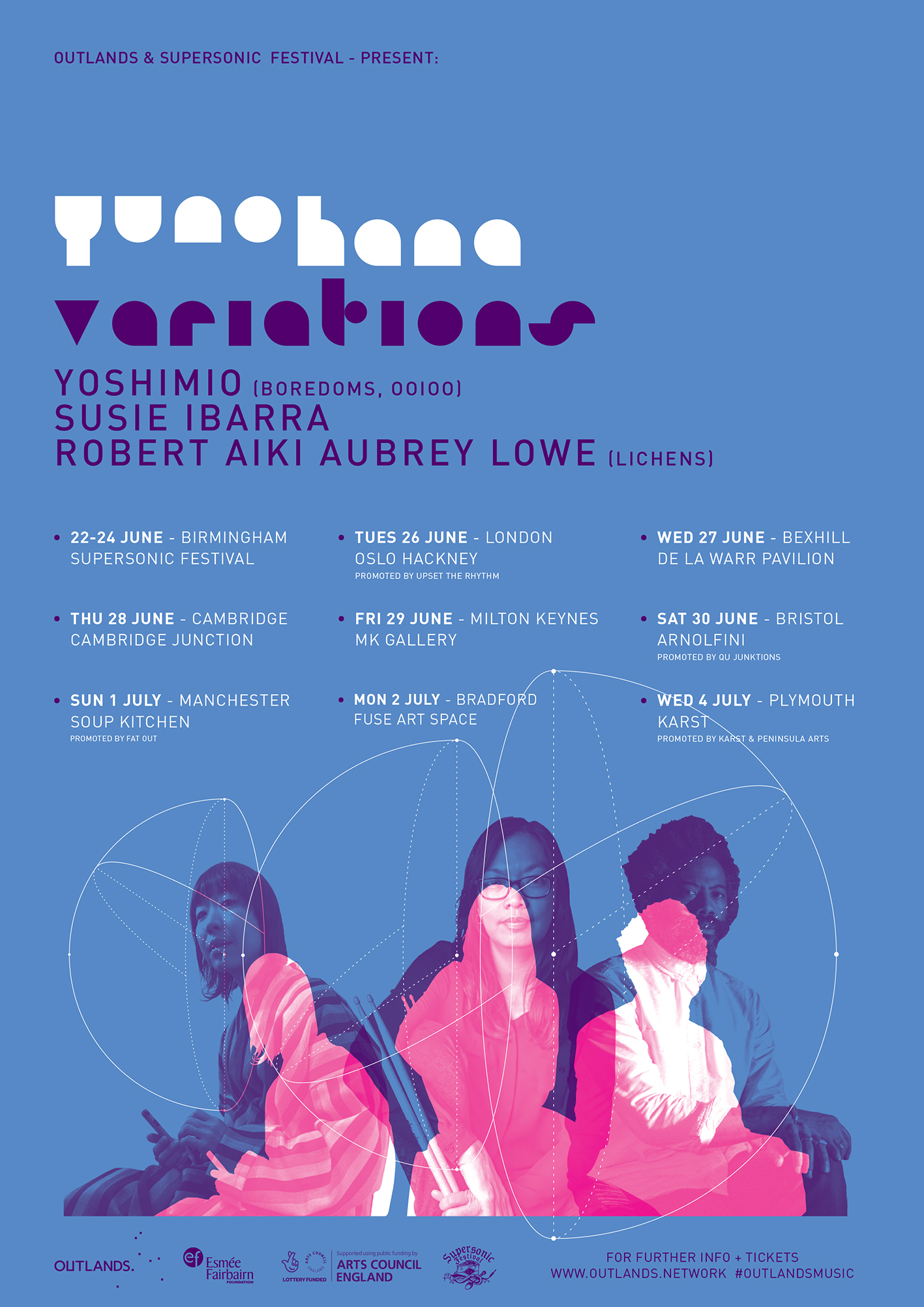 YoshimiO is a drummer and member of the revolutionary group Boredoms who also plays guitar, keyboard and trumpet. She is the leader of the experimental band OOIOO, a member of Free Kitten with Kim Gordon (ex. Sonic Youth), and most recently the vocalist in SAICOBAB – a quartet who blend ancient Indian musical traditions and instruments with electronics and modern sounds. She is widely known for her ability to improvise in a variety of contexts.

Susie Ibarra, is one of the most significant female percussionists and composers of our time, known for her work as a performer within contemporary, avant-garde, jazz, classical, and world music. Ibarra studied with jazz luminaries Earl Buster Smith (of Sun Ra Arkestra), Vernel Fournier and Milford Graves, and Philippine Kulintang gong-chime music with Danongan Kalanduyan.

Robert Aiki Aubrey Lowe is a multidisciplinary artist whose practice is strongly rooted in exploration of moments and the hypnagogic state. Movement and gesture play key factors within this process, and in the performance realm are focused on by voice and modular synthesizer. His work ranges from hypnotic solo modular synth and voice explorations as Lichens, to acting in films directed by artist Ben Rivers, composition for film and playing in legendary doom band Om.

The performance will explore spontaneous composition and showcase the freedom and musical immediacy of all three artists’ ability to interplay as well as their individual unique techniques to create engaging experimental sounds.

Experience this magical performance for yourself on the Sunday of Supersonic Festival!