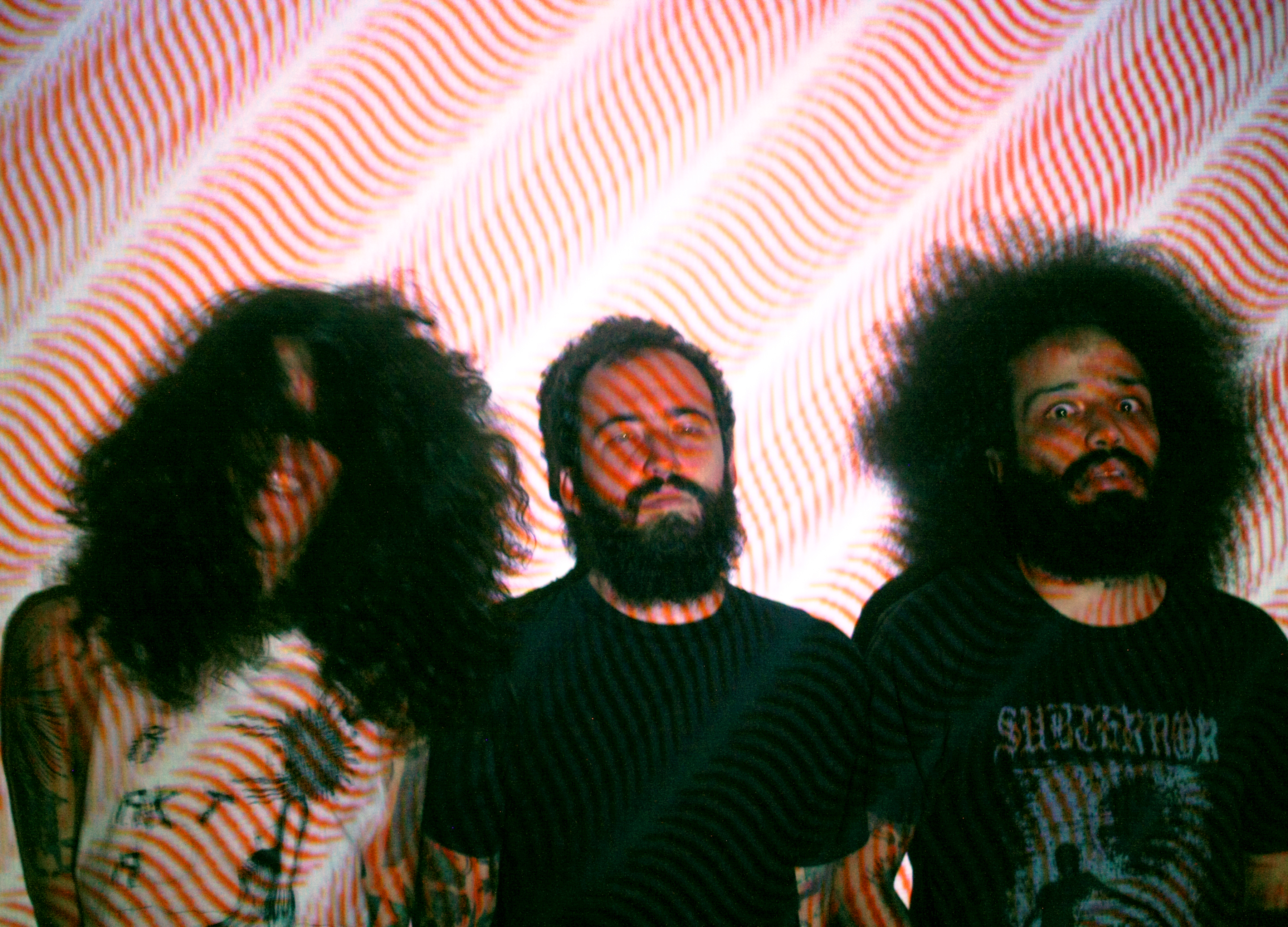 Brazil’s Deaf Kids are a band bouyed by momentum. Their sound is a ceaseless culmination of noise terror: waves of repetition, raw dis-chords, dissonant riffs. Think a brutal blend of hardcore punk, metal, experimental noise, and a pumping rhythmic vein with its roots in African and Indian polyrhythm and a love for the traditional sounds of their native Brazil and Latin America.

It is a guttural, scorched mutation of psychedelia – although using the term psychedelic in the absolute loosest sense with the band claiming that “non-genre genres” are a chief source of inspiration. Anything from their own background in punk, right the way through to spiritual jazz, they celebrate practically any form of sound which allows the artist to experiment with the utter extremes of musical expression.

A response to a festering, corrupt government by forming a blackened d-beat/crust band, frontman and chief songwriter Dvglas sparked Deaf Kids as a solo project back in 2010, aged 17. With the growth of the group as has it’s focus, moving away from D-Beat in an incorporation of auxiliary and connection to different rhythms and the psychedelic realm.

“I think that music is really powerful, it’s my guide. We have all these crazy ideas, of wanting to be different and to surprise people, I want to mix things up and see what happens, and I have things to say, socially and politically.” – Dvglas of Deaf Kids, The Quietus

Although their sound isn’t new, it strives to be different. Their unique melting of sounds and influences is evident alone in their vast discography, yet there is far more to Deaf Kids than their defiance of genre. Their blending and reworking of international sounds- deep South American tradition with African roots- says a lot about the realities of being Brazilian, and the region’s potted colonial past. Certainly, toward the start of the project their was a gear toward recognising social inequality, yet the lyrics and music have progressed over the years to address both the outer and inner self, turning into a more reflective process.

Their music has been on a head spinning journey which has led them to the multi-faceted and dazzling Configuração do Lamento. The album, a kaleidoscopic 23 minutes lurching from gut-wrenching squalls of guitar to soul-consuming extensions of rhythm, has been released Neurot label, and promises the listener a riotous sound combined with trance-inducing cacophony and a body-shaking mix of percussive rhythms and bending guitars. Don’t say we didn’t warn you.