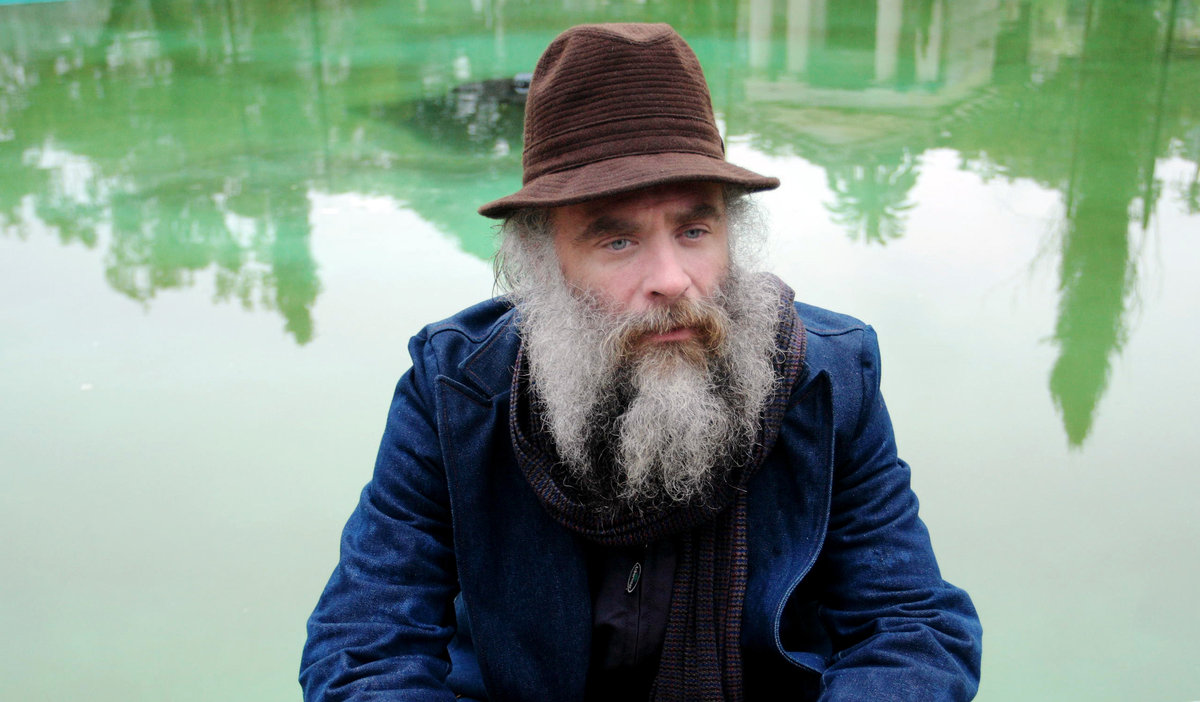 “The pleasure of following Higgs…lies more in where he takes you than how he gets you there.”– Pitchfork

If you were growing up in the 80’s or 90’s, Lungfish may well have been one of the most important bands in your music anthology. The post-hardcore group tapped into something incantatory, enraging a sense of quest, spirituality and poetry via an unmatched raga-like minimalism.

Since then, Daniel Higgs has continued something of a Lungfish legacy in his solo material, yet shifting focus to a long-neck banjo, jew’s harp, and fried/crusty atmospherics. Musician, poet, visual artist, tattooist: Higgs’ artistic output – spanning three decades, numerous albums, books of poetry and collections of drawings – simply defies classification, instead bringing the musical and the visual into one singular being.

With the appearance of a heavily bearded tattooed prophet, Daniel Higgs emerged from the early-’80s Baltimore/D.C. hardcore punk scene as an underground icon with a near-mythological status. His dark psychedelic sound being brewed with early-’80s hardcore energy and aesthetics, Higg’s work as a vocalist earned him a solid following and a lasting, epochal reputation.

In recent years, Higgs has released a number of solo outings that can only be described as the ultimate in isolation. On Atomic Yggdrasil Tarot, Higgs weaves meditative, casually ruptured drones using acoustic and electric guitar, upright pianos, banjo and jew’s harp, recorded entirely at home on cassette recorder. He pairs the music with a series of paintings that call to mind religious iconography passed through the disfiguring surrealism of Miro. Often we hear that a true work of art is meant to speak for itself, and with the work of Daniel Higgs the maxim rings truer than ever.

Listen below to dive into the enigmatic mind of the artist in this rare 2005 interview from WYPR’s The Signal. DON’T MISS HIS SUPERSONIC PERFORMANCE THIS JUNE.