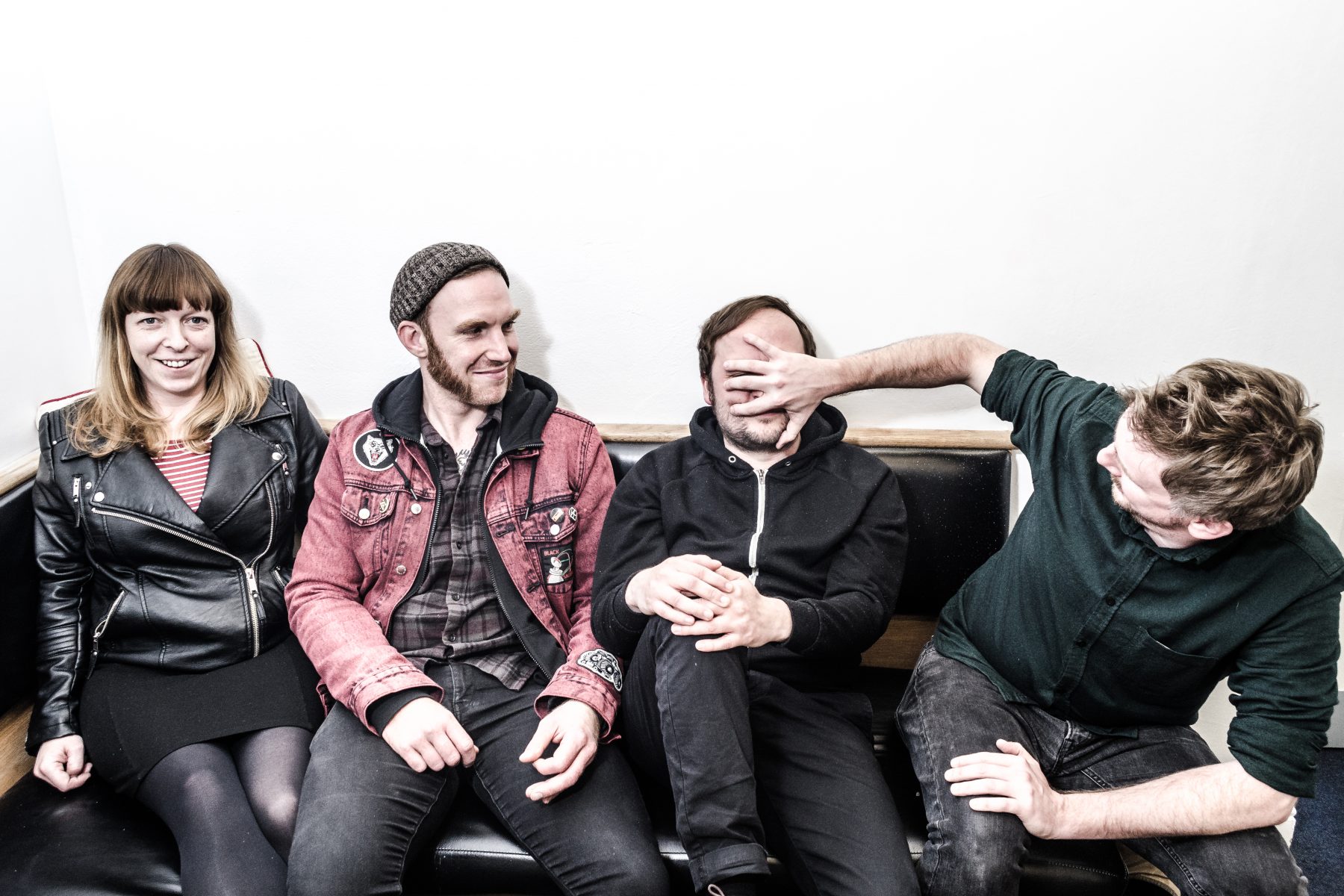 “they channel their smarts into ultra-stoopid riffery and obtuse chord patterns, and the results are just brilliant.”– The Skinny

Returning from their Supersonic performance in 2017, the band seem to getting louder, faster, and a bit louder again year by year. Their latest LP “Serious Business” matches the band’s love of volume to a new-found directness and power. Every song is like a miniature world in itself, taking unexpected twists and turns that mean just when you think you’ve got them pinned they wriggle free.It’s raucous energy and quarrelling male/female vocals recall everything from the Stooges to Status Quo, from The Birthday Party to Black Sabbath but it never feels like a re-tread. Live, these songs take on a life of their own. The band might only just about stay in the saddle but it’s always a thrilling ride.