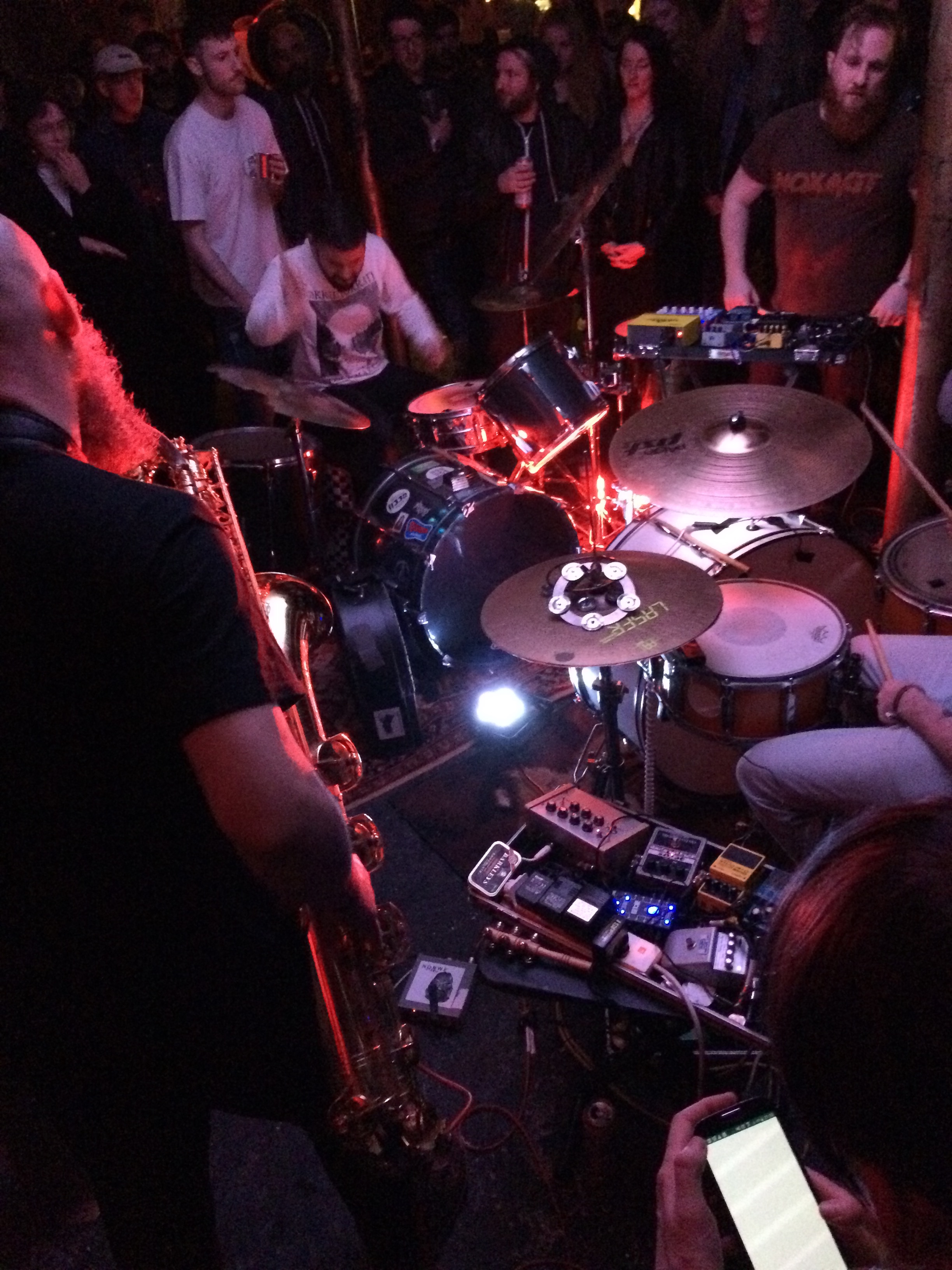 So we’ve just abut recovered from Easter weekend in Manchester at Fat Out Fest. Strictly no eggs. But there was some Trifle involved…here’s our roundup!

Arriving just in time for a magnificently brutal industrial hammering with a political edge from Test Dept. in Fat Out’s Burrow, we soon acquired the free ear plugs being handed out at the bar – preservation is key when tunnelling through a weekend of noise rock. On the Caustic Coastal stage Giant Swan delivered a feral cross-breed of hypnotic bass, hefty percussion and disorientating noise. Another blinder of a set came from Housewives with their abrasive guitars, droning bass lines and propulsive, relentless drums.

But our highlight has to be the mosh inducing Pigs Pigs Pigs Pigs Pigs Pigs Pigs who hit hard with a feverish and transgressive blast of psych-drone dementia. After a heavy rattle from these fellas we were thrown back to The Burrow to be finished off by The Bug vs Dylan Carlson of Earth with some earth shuddering pulsating soundscapes & chiming melodies, glowing in currents of heavy bass darkness. The Bug plays this years Supersonic with Justin Broadrick of Godflesh as Zonal and that litter of Pigs will be unleashed our audience too – we can’t wait! 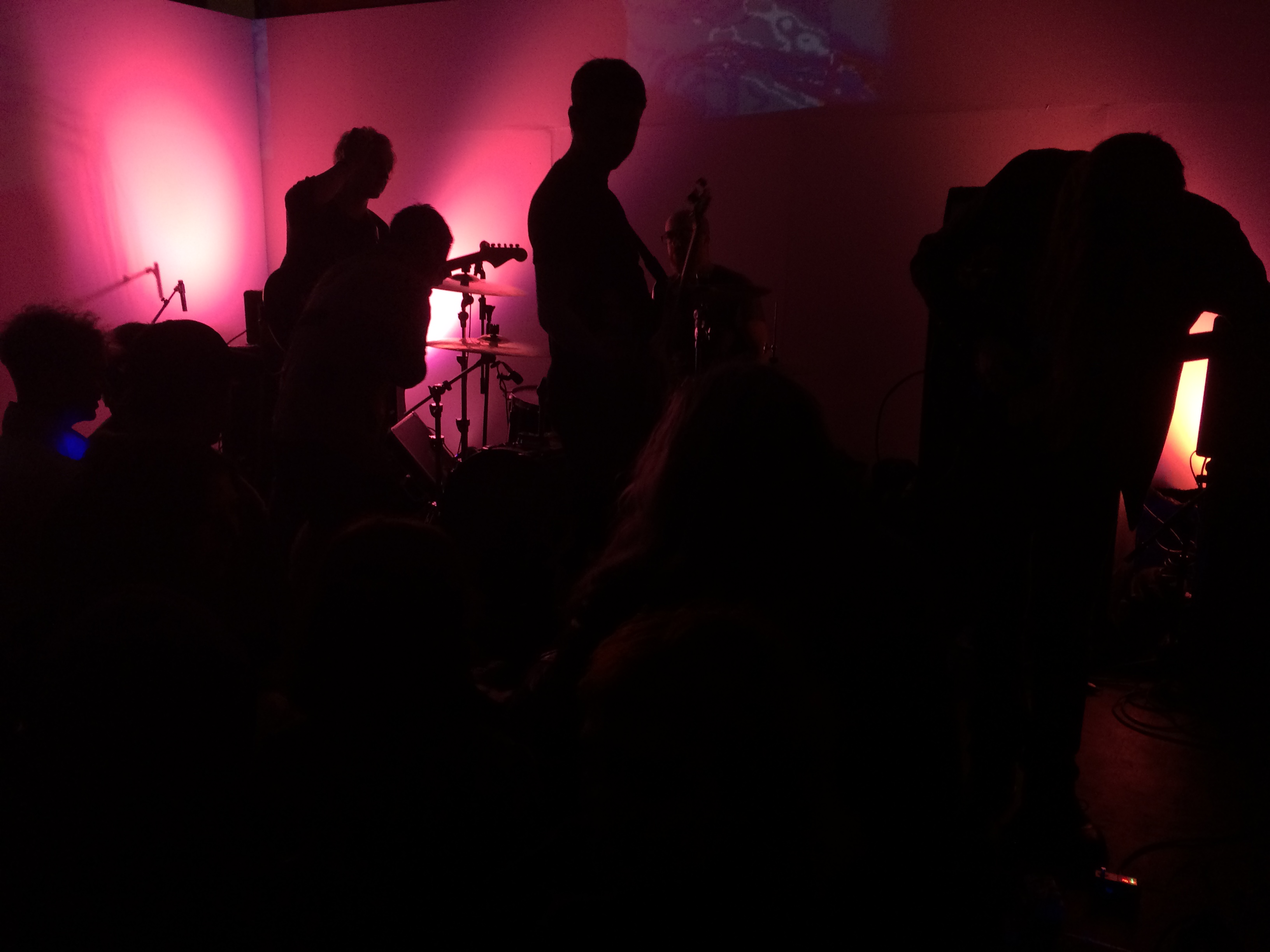 On to Saturday and after a hearty breakfast to get us back in the game we fancied a bit of pud…and what better pud than Trifle? Lone Taxidermist gave a multi-faceted, multi-layered performance with a glutinous exploration into the dark online culture of Sploshing, crush fettish and cake sitting. We loved getting right up inside a Trifle and perhaps our Supersonic audience will too in June? 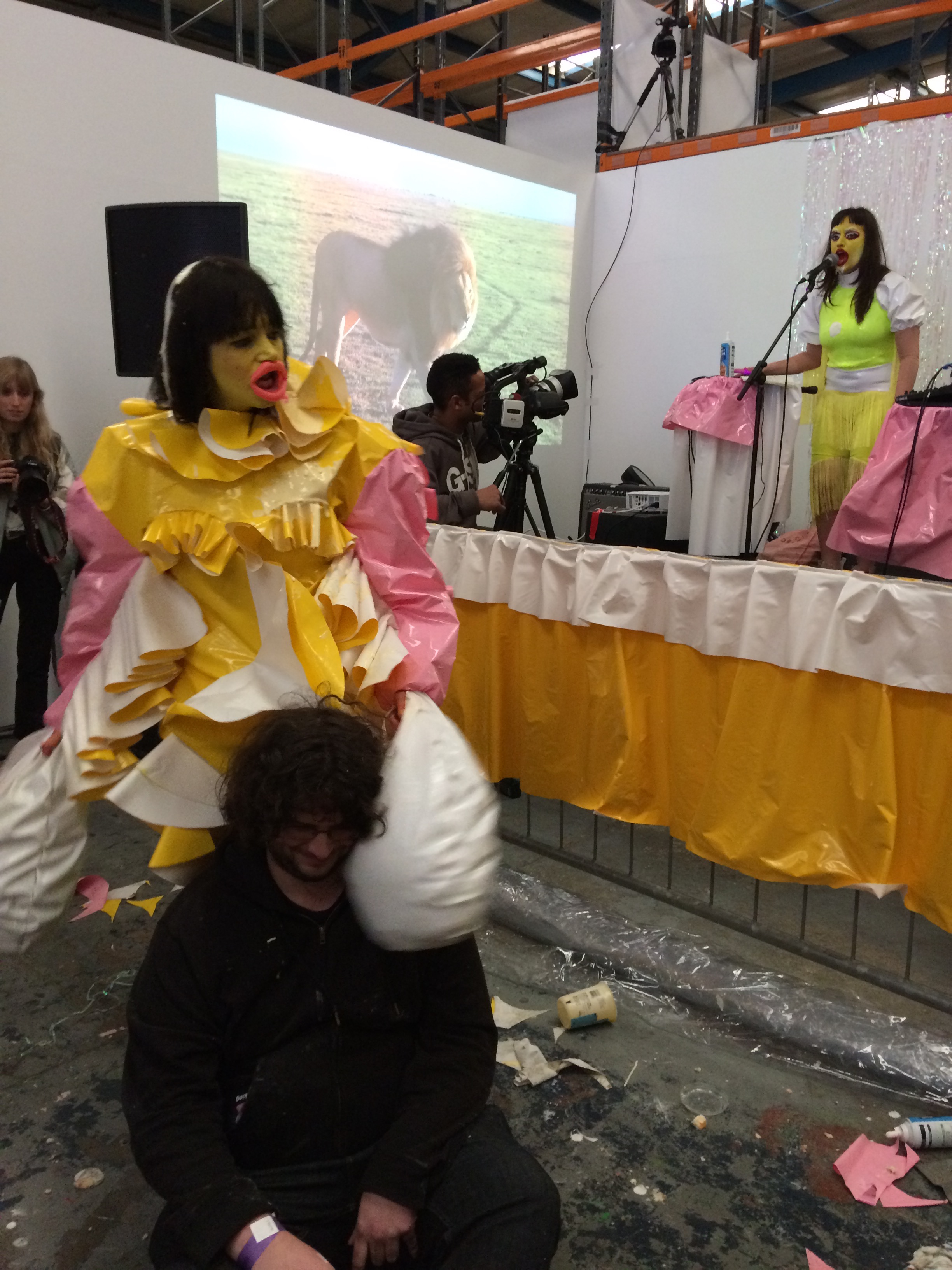 Bodies on Everest blasted us next in The Burrow with their triple stacked Doom/Dungeonwave/Ghost Pop to then be consoled and relieved by the bare, sparse songwriting of Irma Vep and his dreamy downbeat dulcet tones. Next up we got half and half of sets from Data Quack (featuring Charles Hayward and saxophonist of Housewives) strumming up an array of abstract textures, car chase sequences and violent grooves and Yossarians telling us stories and prophecies laden with a malicious red midst paired with driving-punk guitar lines. Thrown in the middle of all this was an improv between avant-garde scene saxophonist Colin Webster & Andrew Cheetham chiming in on drums with astonishing flare in the Islington Mill B&B.

As we drifted into the night, in spite of technical difficulties, Moor Mother delivered a terrifyingly dark set of both cathartic angry punk and expansive electronic improvisation. Other immensely heavy sets from Sly & The Dead Neanderthals ft. Colin Webster and Author & Punisher finished off the Saturday in true gargantuan style. A late night set from Blood Sport thrown in gave our jittery pegs some synth laden rough-house-techno polyrhythms to jive to.

And then we (just about) made it to Sunday ready for our Supersonic showcase on The Bernard Stage. Opening proceedings was Birmingham band Dorcha who delivered a beguiling set of synths, strings and heavy beats, moving through thundering chaos to sudden moments of fragile reverie. A set not to be missed at Supersonic this June. Then the wondrous soundscapes of violinist Agathe Max massaged our Sunday ear drums not a moment too soon…right before they were blasted once again by the bleak mantras and doomy negative punk of Rainbow Grave.

Playing together since the 80s and eating a pizza on stage, Trans Am brought their futuristic speed metal and robo-balladry to our heavy limbs and pepped us up once more for the home stretch. Next we were embraced by The Seer – a new collaborative commission curated by Conny Prantera, melding movement, spoken word, electronic soundscapes, alluring visuals and the stark string skills of Agathe Max into an all encompassing experience. Another performance for our Supersonic audience to enjoy this June. 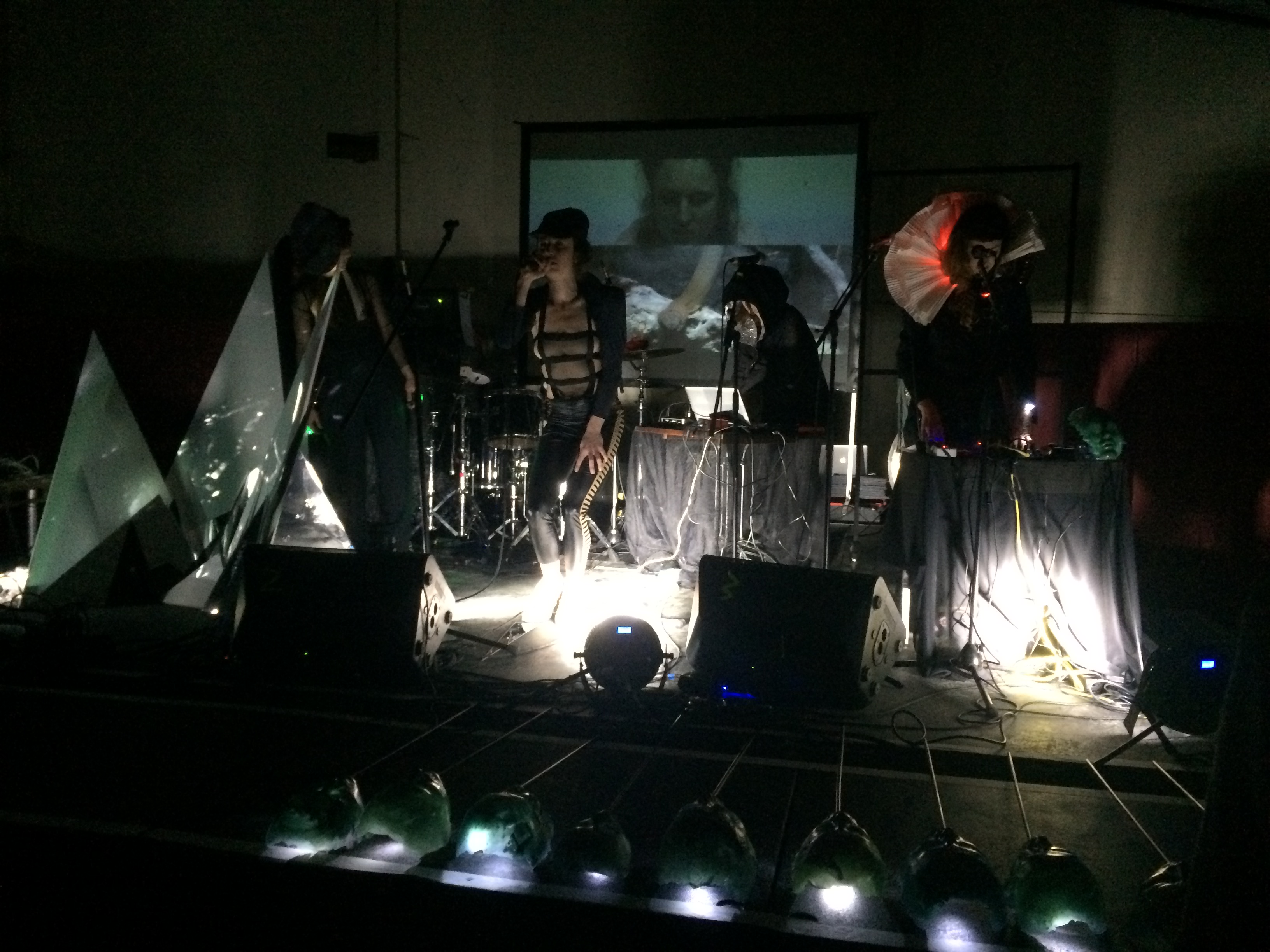 Finishing off the Sunday was the joyous bombast of Islam Chipsy with two live drummers freewheeling the standard oriental scale system into otherworldly shapes, much like the ones we were throwing on the floor. Lots of loud. Lots of love. Other Sunday treats in-between the Supersonic stage came from a street style performance in the Shit Shop by Gambian Kora player Jali Nyonkoling Kuyateh & Drummer from the World percussion collective in collaboration with Charles Hayward. And a band you absolutely have to see this year if you get the chance – Part Chimp – a flood of noise, warmth and distortion.

So, that is that. We certainly managed to Fat Out Til We Passed Out this Easter weekend. The Islington Mill is the place to be. Fat Out is a wonderful thing and thank you to our hosts Emma, Verity and Sophie for taking such good care of us. Til’ next year!