STEP AWAY FROM THE EGGS!!! 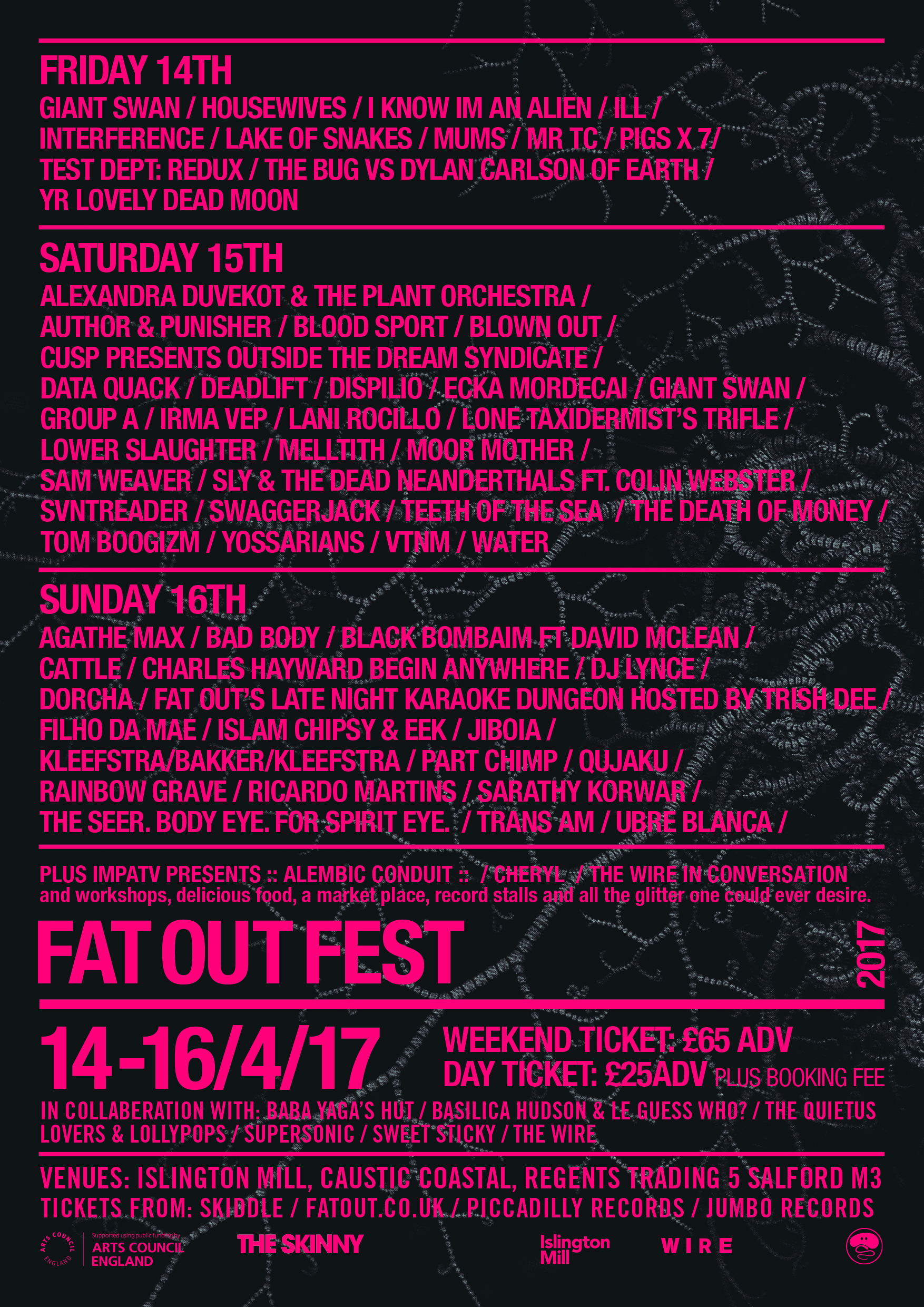 Fat Out Till You Pass Out is an independent promotion based in Salford NW England. Founded in 2007 by Emma Thompson and Verity Gardner, Fat Out has grown from humble DIY punk roots into a force to be reckoned with in the Salford/Manchester independent music scene.

“It’s more important than ever to create space and support for the independent scene.” – Emma Thompson, FOF Founder/Director

And FOTYPO take their DIY experimentalist attitude down to Islington Mill, Manchester this weekend, assembling their third version of Fat Out Fest with the help of some choice curators

The international line-up works through a three-day course featuring heavy psychedelic riffs from Blown Out, The Bug vs Dylan Carson of Earth, JIBÓIA, avant garde synths from Group A, or if preferable, lounge metal from Lake of Snakes.

This year sees Supersonic host its own stage on Sunday 16th April including performances from Trans Am, The Seer, Agathe Max, Rainbow Grave, Dorcha and Islam Chipsy & EEK.

With other stages curated by The Quietus, The Wire and a collaboration with Le Guess Who plus workshops, delicious food, market place, record stalls and all the glitter one could ever desire, this is set to be a weekend not to be missed.

So c’mon, sod Cadburys, sod Galaxy, and definitely FUCK NESTLÉ and get out there and support your independent, underground music scene! FAT OUT TILL YOU PASS OUT!

GET YOUR TICKETS HERE!