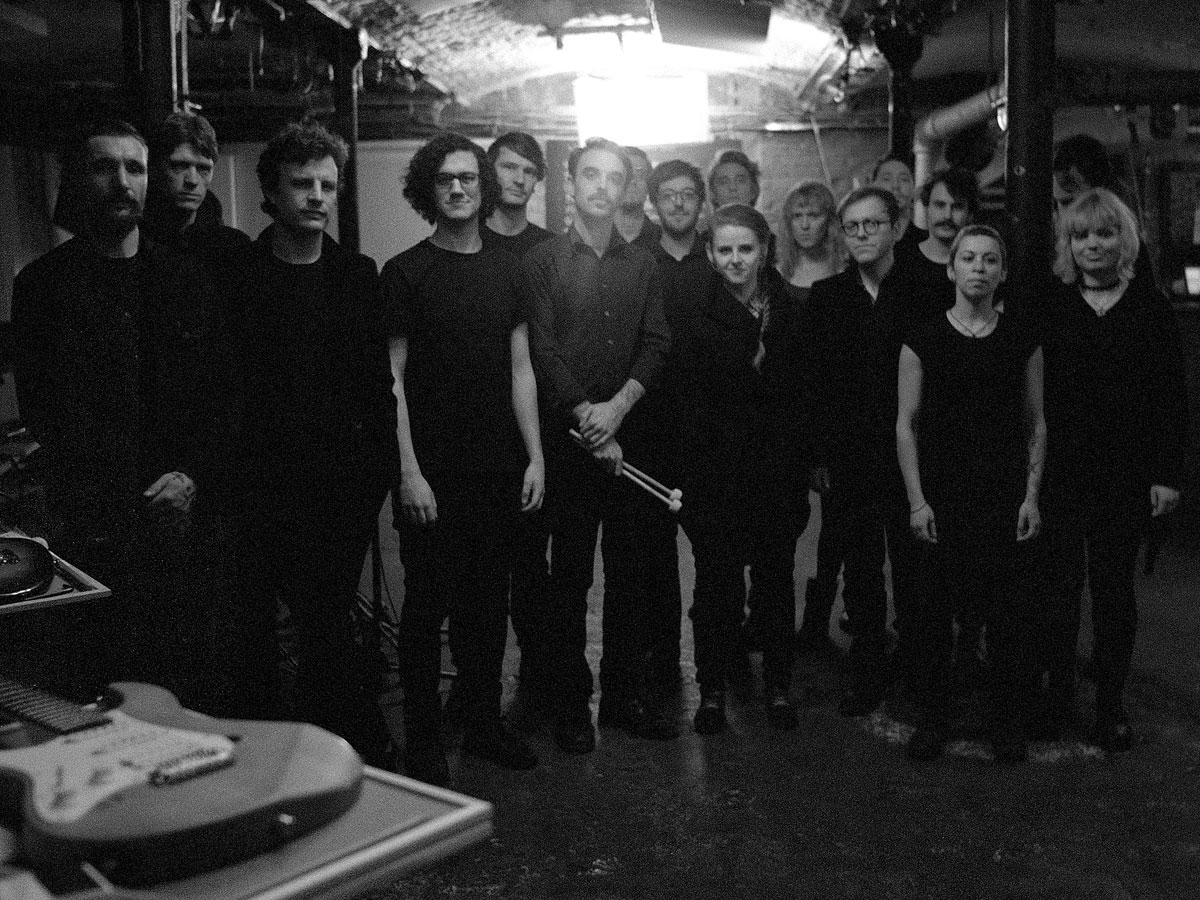 Ex-Easter Island Hear are a UK based musical collective, composing and performing music for solid-body electric guitar, percussion and other instruments.

Their records Mallet Guitars One –Three, Large Electric Ensemble and Twenty-Two Strings have been released to significant critical acclaim from the likes of The Wire, Pitchfork, the Quietus and the New York Times. The group’s live performances at the likes of ATP festival, the Edinburgh Fringe and throughout the UK, Europe and Japan have been praised by The Guardian, Independent, BBC and more for their hypnotic energy, compositional flair and unique spectacle.

Following on from ‘Mallet Guitars Three’ for four guitars and three performers, Large Electric Ensemble sees the group expand to include twelve prepared electric guitars and drums to create a maximalist wash of amplified strings and droning overtones.

Commissioned by the first annual World Event Young Artist festival (WEYA) held in Nottingham 2012, the piece was developed alongside an ensemble of local musicians from a variety of musical backgrounds. Debuted at the festival and developed over further months, the piece was recorded completely live and with no overdubs across two days in March 2013.

“Skilfully balanced between methodical precision and emotional resonance, the result is a listen that is dynamic, rich and fluid despite the modesty of its parts.” – THE QUIETUS

Utilising horizontally-laid electric guitars and bass, the group continue to develop their own distinctive musical language, eschewing digital processing and effects for a vocabulary of mechanical preparations and extended techniques, creating a sound drawing on minimalism, gamelan and process music.

For Supersonic 2017, EEIH convene a gathering of their Large Electric Ensemble, comprising performers drawn from all corners of the thriving Manchester and Salford underground to present an ambitiously scaled work for sixteen prepared table-top electric guitars and percussion.

Utilising a self-developed language of extended techniques and mechanical preparations the piece sees the groups’ shimmering electrified minimalism expanded to a bold new scale, encompassing members of Gnod, ILL, Action Beat, Mother and tapping into the vast resources of talent at Salford’s Islington Mill and on the Manchester-based Tombed Visions label.

It is imperative you DO NOT MISS this spectacle at Supersonic Festival 2017.