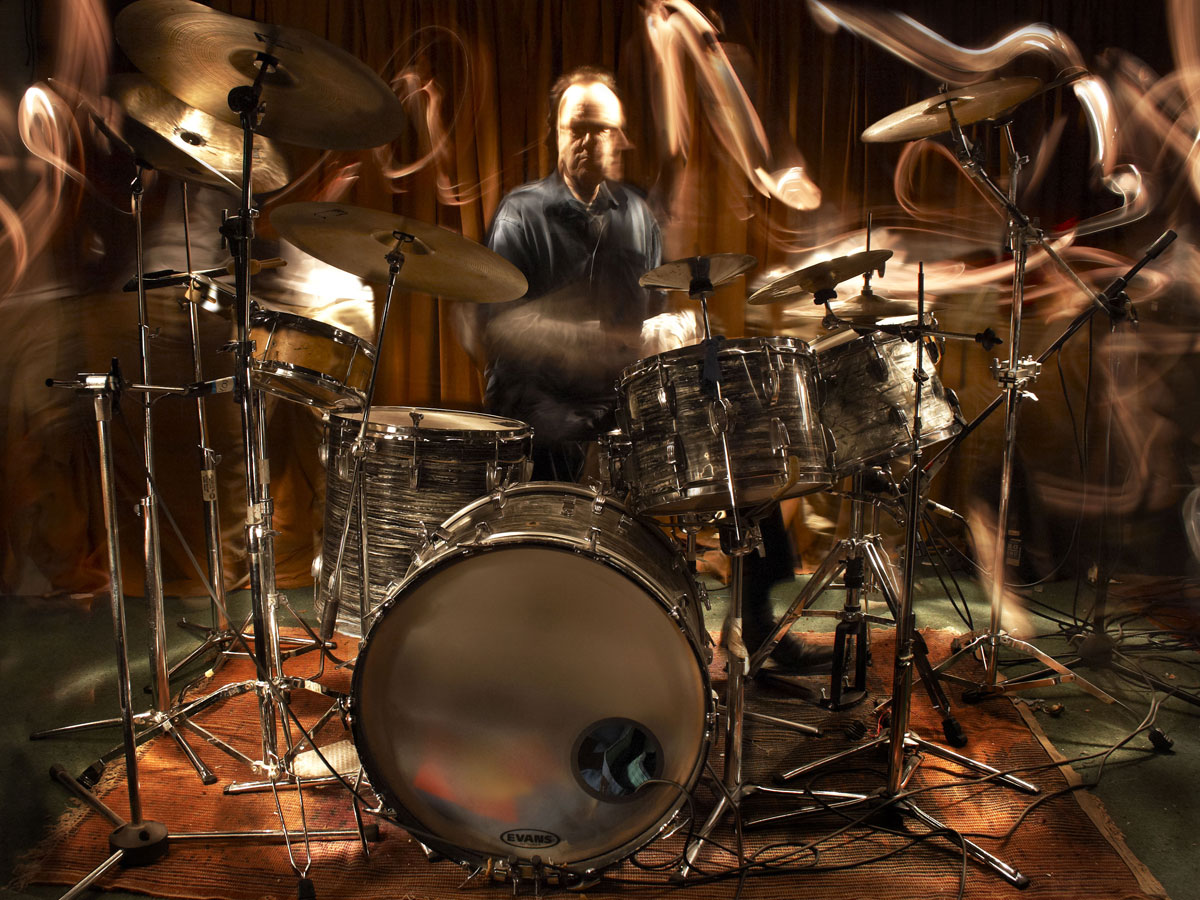 This year’s Supersonic sees some Superspecial performances. Two of which are Anonymous Bash and Charles Hayward Zig Zag + Swirl.

Anonymous Bash is a band born out of a recording which was conceived, recorded and produced at Islington Mill as part of the first Samarbeta music residency.

Directed and led by This Heat’s infamous drummer, Charles Hayward, this band has developed from reinventing a release produced by over 20 musicians into a workable live performance by 8.

Here’s an interesting insight into the conception of Anonymous Bash:

Armed with a wealth of experience, Hayward conducts and orchestrates a whirling dervish of sound with the Anonymous Bash crew, shifting seamlessly between time signature and tempo in a devilish and electrifying fashion that consistently weaves a spellbinding effect on the audience. Saxophones wail, bass guitars throb and modular synthesizers whoosh and chirp a top a constantly shifting tapestry of breakneck rhythms and out-rock dub workouts, with each member of the group given their individual time to shine before returning to feed into a sprawling mass of sound led by a man at the height of his powers.

The band features members of Gnod. Since their inception, Gnod’s musical trajectory has been one of constant fluctuation borne out of an incessant need to discover new sonic worlds. Beginning life as a shamanic drone ensemble, at times fitting up to 15 members on stage, these early rituals informed the core ideals that have come to define the group in their years of activity; community and trance-inducing repetition.

Gnod offer a gateway to an aural black hole and along with firm guiding hand, the opportunity to dive head and body first into a powerfully new psychedelic maelstrom full of possibilities.

We can’t wait to venture through worlds of new possibilities with Anonymous Bash, led by the notorious Charles Hayward, who will also be opening another door for our Supersonic audience via another formation – Zig-Zag + Swirl.

Charles Hayward needs no introduction, his kinetic percussive talents and restless mercurial vision having blazed a trail across the British avant-garde for the last four decades, from Quiet Sun through This Heat to Camberwell Now and a plethora of solo material.

Avid collaborator, Hayward has worked with numerous artists from our Supersonic hive including this year’s Laura Cannell. This Friday sees the launch of a night of new performances called Modern Ritual at Cafe Oto, exploring ideas of ritual through music and words, evoking real and fictional landscapes. Featuring solo sets from Charles Hayward, Laura Cannell and Hoofus, a new collaboration between Laura & Charles and a new performance/talk by Jennifer Lucy Allan and a reading from Luke Turner. You can find more info. [here]

Hayward’s Zig-Zag + Swirl formation comprises a performance in which technology is used to open uncertainty in songs that surf his muse’s trademark combination of a psychedelic continuum and the startling other.

So, Supersonic audience, make sure you get to Anonymous Bash and Charles Hayward’s Zig-Zag + Swirl at this year’s festival.