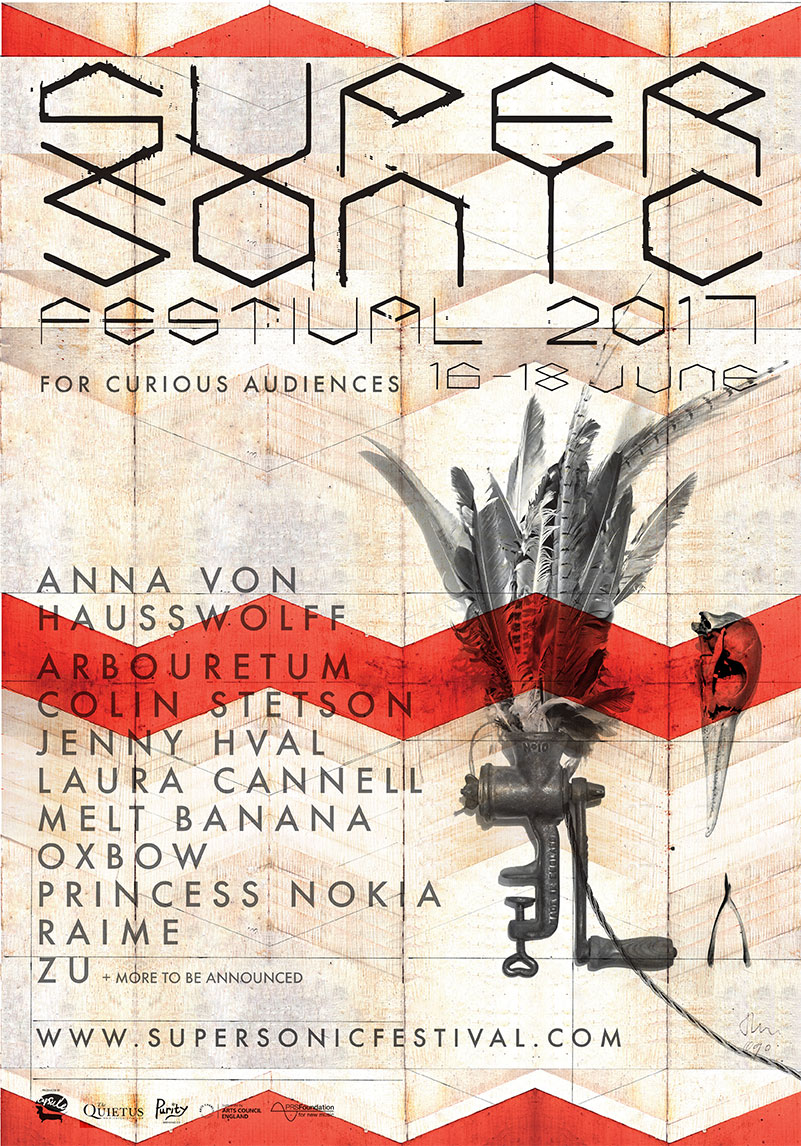 We are very proud to reveal the first line up announcement for Supersonic Festival 2017, taking place in the cultural hub of Digbeth in Birmingham, with a very special opening concert performance on 16 June in the Grade I listed Town Hall, featuring Anna Von Hausswolff performing on the venue’s famous pipe organ. The pipe organ played a huge part on the Swedish singer/musician’s latest album The Miraculous (2015), and in forming the colossal sound that Anna Von Hausswolff has become known for. Expect drama, brooding drones, dreamy soundscapes and sublime storytelling. 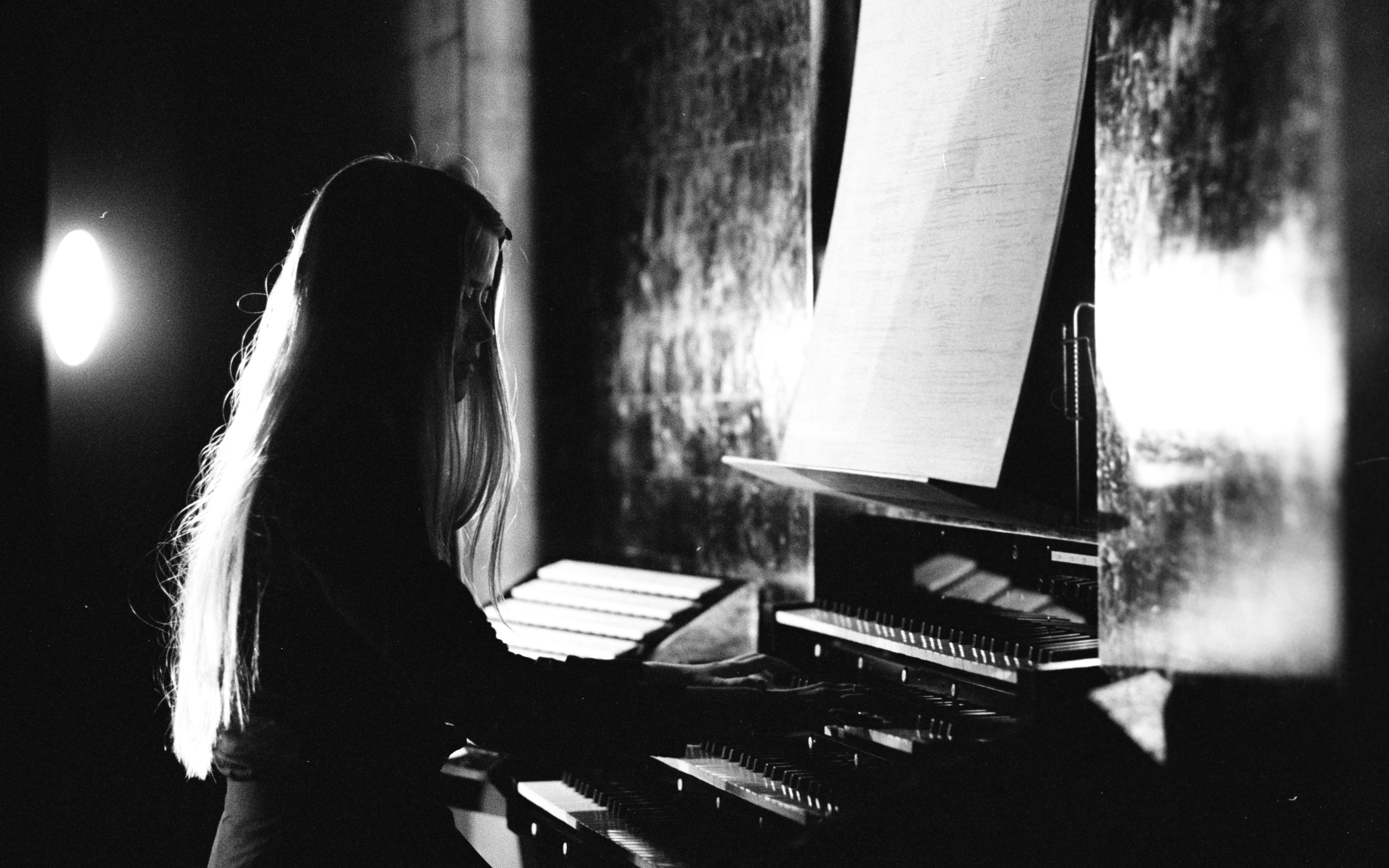 On the 16th June, Supersonic Festival continues in the heart of Digbeth, with performances taking place across the weekend, from Arbouretum, Colin Stetson, Jenny Hval, Laura Cannell, Melt Banana, Oxbow, Princess Nokia, Raime, ZU and more to be announced in the coming months. Here’s some more information about the performers in today’s line up announcement…

Supersonic Festival are delighted to invite Arbouretum back following their 2009 performance, this time in support of their new Thrill Jockey album, Song Of The Rose. Arresting, thoughtful and masterful, Arbouretum’s music takes philosophical ideas and transforms them into a sonic experience that is at once contemplative and emotionally affecting.

Colin Stetson‘s astounding physical engagement with his instruments (chiefly bass and alto saxophones) produces emotionally rich and polyphonic compositions that transcend expectations of what solo horn playing can sound like, an experience to behold.

No Jenny Hval performance is ever the same, which is why we can be sure that her follow up performance at Supersonic (having previously perfromed in 2014) will be special. Across six full length albums, Jenny Hval crucially brings to light issues of both male and female gaze, which for years had been swept under the rug and/or denied all together. We look forward immensely to seeing Jenny Hval perform again.

Laura Cannell is an extraordinary musician, performing with a deconstructed bow and the curious sound of double recorder. Exploring the spaces between ancient, improvised, traditional and experimental music, Laura Cannell creates a solitary minimalist chamber music where one player makes all the harmonies.

Melt Banana will bring the fun with their high energy hybrid of experimental noise music, pop, and electronica. For over twenty years, across a vast array of albums, well executed cover songs and an unrelenting tour schedule, the Japanese duo are infectious to experience. This is one heady trip well worth taking.

It has been at least five years since Oxbow performed live in the UK, and with hints of the release of a new album this year, anticipation is intensified further. We look forward to welcoming the ever-evolving group back, and to see what they do next…

We’re so excited to announce Princess Nokia as part of Supersonic Festival 2017 – taking inspiration from 90’s Rave, Drum & Bass, with a nod to the raw New York & U.K. underground, the duo perfectly encapsulate the hedonistic spirit that have made past additions of Supersonic so memorable.

Ambition, aspiration and deep soulful explorations are crucial for Zu, who have been broadly questioning and evolving their musical identity for almost two decades, developing their musical vocabulary with every release and collaboration, never allowing their personal and creative freedom to be suffocated by imposed structures and labels. On the cusp of releasing their brand new album on House Of Mythology (31st March, 2017), their Supersonic performance promises to be something entirely new from the trio.

Nowhere else will you find a festival experience quite like Supersonic’s – since 2003, we have been hosting superior weekends for the adventurous listener, taking care to present only the most artistically relevant and irreverent acts from the UK and across the globe, while simultaneously making sure to fill every moment with the opportunities to let loose and party, or sit down at engaging talks, discussions and workshops, or take in exclusive screenings and exhibitions.

Stay tuned for the preceeding line up announcements in the coming months.
Weekend Tickets can be purchased from HERE