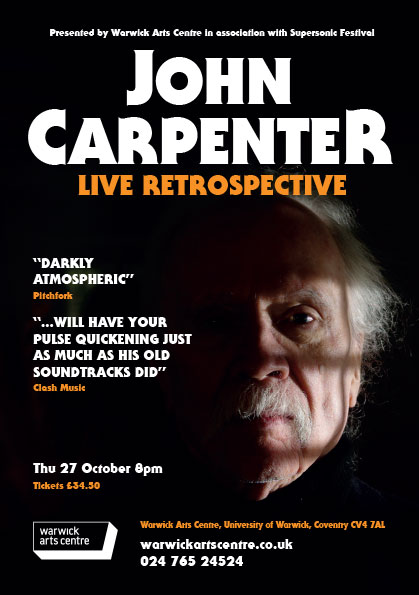 To support his latest release Lost Themes II, The Horror Master, Carpenter will be accompanied by a full band, playing a selection of his own classic music alongside clips and excerpts from his films.

Known for his minimalist film-making style, Carpenter’s scores feature distinctive synthesized scores to some of the best known horror and science fiction films of the 1970s and 80s including Halloween, The Thing, Escape from New York and Big Trouble in Little China. His work has gone on to inspire a generation of filmmakers and musicians alike.