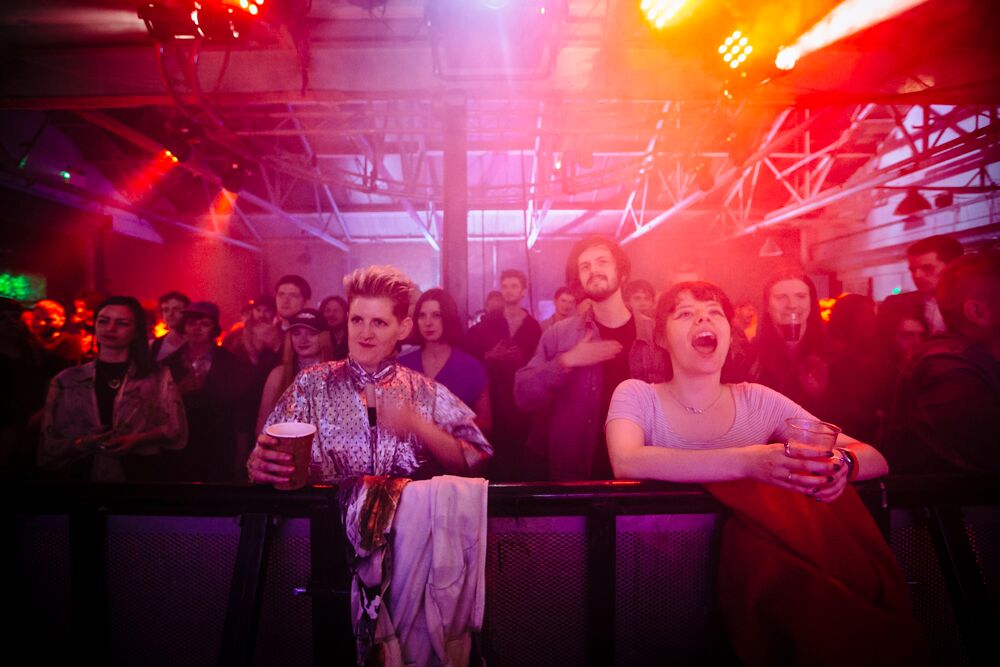 A massive thank you to all the artists, our incredible team, especially the amazing Supersonic volunteers and of course our audience for making this years Supersonic Festival 2015 a truly remarkable event. We think it is our exciting, unbounded approach and our continued re-imagining of the event that has allowed Supersonic to remain inviting for long-standing supporters, as well as attracting new fans.

This year also included a staggering £21,000 contribution raised by our incredibly supportive audience via a Kickstarter campaign – we really couldn’t have done it without you.

It is always such a pleasure to welcome back old friends and make new ones. Thank you & we hope you enjoyed it as much as we did. 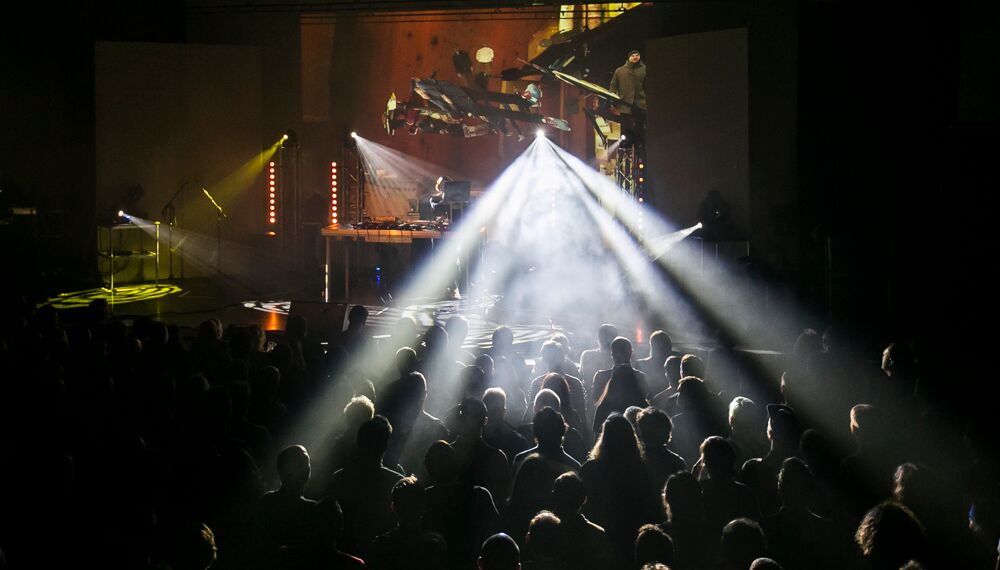 We will start posting up our Supersonic Collective memory (first started in 2009) over the next few days, so feel free to send your comments and blog post links and photos to us, let us know your highlights.  Supersonic photos should be added to our Flickr group (if you could tag them with band name & supersonic 2015 or ssfest15) 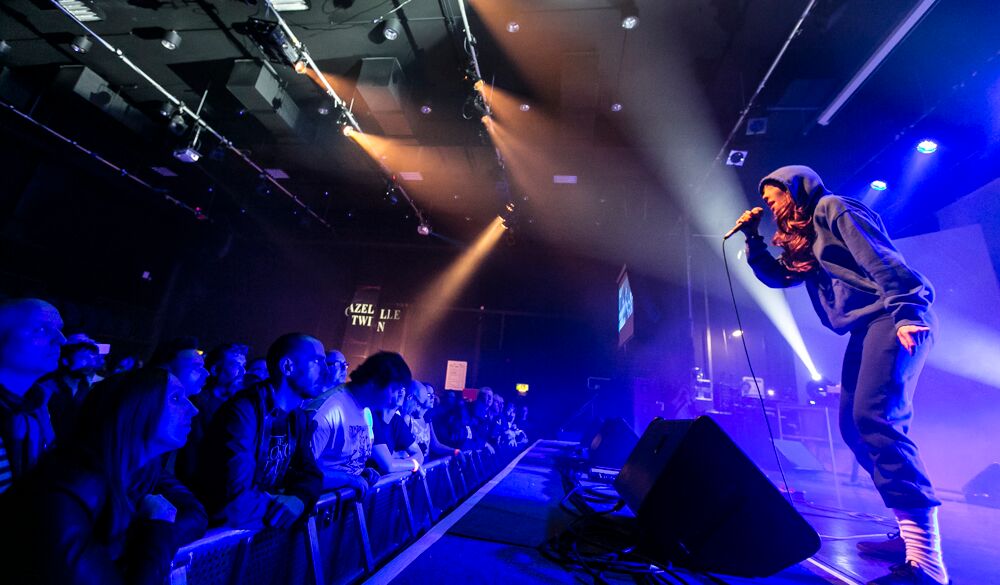 SUPERSONIC QUESTIONNAIRE
We know that people who come to SUPERSONIC are a knowledgeable and opinionated lot so we’d like to ask for your assistance to develop and improve the next festival by answering a few questions about you and your experience. This should take no more than a few minutes of your time, and your feedback is greatly appreciated.
Your answers here will aid us in keeping our work going and in making sure new and interesting artists will keep coming to the festival – so your input really does matter in making SUPERSONIC work. 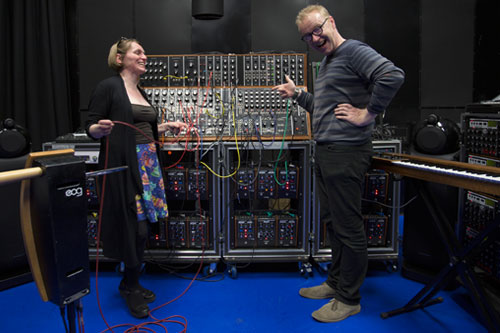 The Times
The 50 best events this summer – in at no.2 Supersonic
“For Curious Audiences, announces the poster for this inner-city Birmingham festival. From Ethiopian wandering minstrel Afework Niguisse to Oregon space rockers Eternal Tapestry, this is a celebration of the expressive, challenging and generally out there music.” 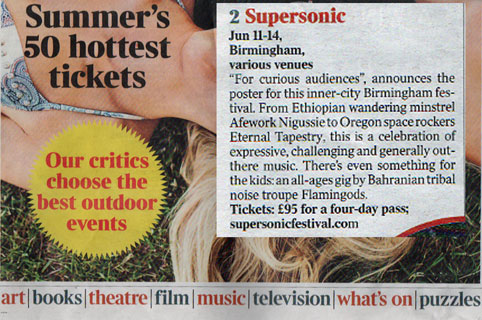 Louder Than War
“The Supersonic Festival is always one step away from everybody else, Capsule, the people behind the festival are fearless when putting the line up together. Be it music, art installations or literature, they never fail to deliver something very special. I have never left Supersonic festival without at least one new favourite band that I would never have heard of without the festival.”

Tiny Mix Tapes  “Narnia. Wonderland. Birmingham’s Supersonic Festival. What do these places have in common? Answer: they’re pure magic. What’s the sad difference between them? Answer: only one of them is real. (Which one is up to you.) You might not be able to step into an amazing otherworld through a large piece of furniture, but you can go to England to experience the finest in musical festival lineups.”

Momondo Names Supersonic as one of the best 10 European Festivals

The Quietus  “Supersonic is back! The perennially ace experimental music festival in Birmingham has just announced its 2015 edition.”

The 405 “Birmingham-based festival Supersonic has announced the lineup for its 2015 iteration. Taking place from 11th to 14th June, it’s run by production company Capsule”

Birmingham Mail “Birmingham arts event organiser Capsule launched Supersonic back in 2003 to offer “a sense of adventure for curious audiences” with a cocktail of music, arts, workshops, talks and other activities.”

Guardian Guide “With a programme that takes in talks, exhibitions, workshops, films and peripheral installations, straightforward gigs make up only around half of Supersonic’s lineup.”

The Skinny (Scotland) – Happy Meals “Scottish Album of the Year nominated duo Suzanne Rodden and Lewis Cook, aka Happy Meals, look beyond their roots with their brand of minimalist European disco. It’s already proved a hit in Moscow. Now it’s the turn of Supersonic festival.”

The Skinny – Flamingods podcast “As a prelude to this year’s Supersonic Festival in Birmingham (running 11-14 June), we present this cosmic podcast carefully crafted by Flamingods.”

The Skinny – Moog “Experimental music weekender Supersonic Festival has announced details of a free festival-curated museum exhibition, as well as details of two of its 2015 art projects.”

The Quietus – Will Gregory “Will Gregory, accomplished multi-instrumentalist and composer, not to mention one half of electro-pop duo Goldfrapp, is gearing up to embark on a tour of the UK this summer with his Moog Ensemble. The group will be reinterpreting classical pieces by the likes of Bach, John Carpenter, Burt Bacharach and Olivier Messiaen on vintage synthesisers.”

The Quietus – Richard Dawson podcast “Supersonic Festival returns to Birmingham in just two weeks complete with a line-up that includes Holly Herndon, Gazelle Twin, Liturgy and The Bug vs Dylan Carlson. Also on the line-up is Richard Dawson and, above, you can listen to a special edition of his Delight Is Right podcast, ahead of the festival, featuring music and chat from the man himself.”

Tiny Mix Tapes – The Bug vs. Earth “Capsule are apparently pretty keen on upping the ante through their own version of a musical boxing match (in which nobody gets hurt). Announcing… The Bug vs. Earth!”

Fact Magazine – The Bug vs. Earth “The latest addition to the Supersonic line-up is a very special performance by bass-obliterator The Bug and Dylan Carlson of drone metal titans Earth.”

The Skinny
“connects, challenges and inspires — everything that this proudly off-kilter festival strive to do. “

DIS
“the festival is correctly committed to diverse, mutating, never-the-same line-ups of weird and wonderful newcomers and cult old-school oddballs”

The Arts Desk
“The Supersonic Festival of the weird and the wonderful may now be in its 12th year but it is still more than living up to its long-running tag-line, “For curious audiences”.

The Quietus
Beyond The Bullring: Reflections On Supersonic 2015

Louder Than War
“a crowd that has seen and felt something truly, truly special.”

Brum Notes Day 1 Day 2 Day 3
“Outlandish, mind blowing, frightening and trippy-as-fuck, Supersonic is all of these things. It’s without a doubt a jewel for the Birmingham music scene. You must be open minded, you must be curious, you must be ready to challenge your preconceptions of what music is and what it means to you, because if you can do this, one hell of a journey awaits you.”

Birmingham Review
“Most importantly, year after year Supersonic maintains its bravery, spirit of adventure and openness to new experiences. And that is why, in 2015 – nearly a decade and a half since the first act was booked, this annual Birmingham event is still venerated as one of the most pertinent festivals on the planet.”

Louder Than War Friday Saturday Sunday
“Supersonic Festival in Birmingham has always been a place to discover new experiences, sights and especially sounds.”
“the perfect end to the best festival of 2015”

Fused Magazine
“It’s a collection of music that is often challenging, sometimes relentlessly so, but it’s worth it to find stuff like Free School, The Memory Band and Richard Dawson. “ 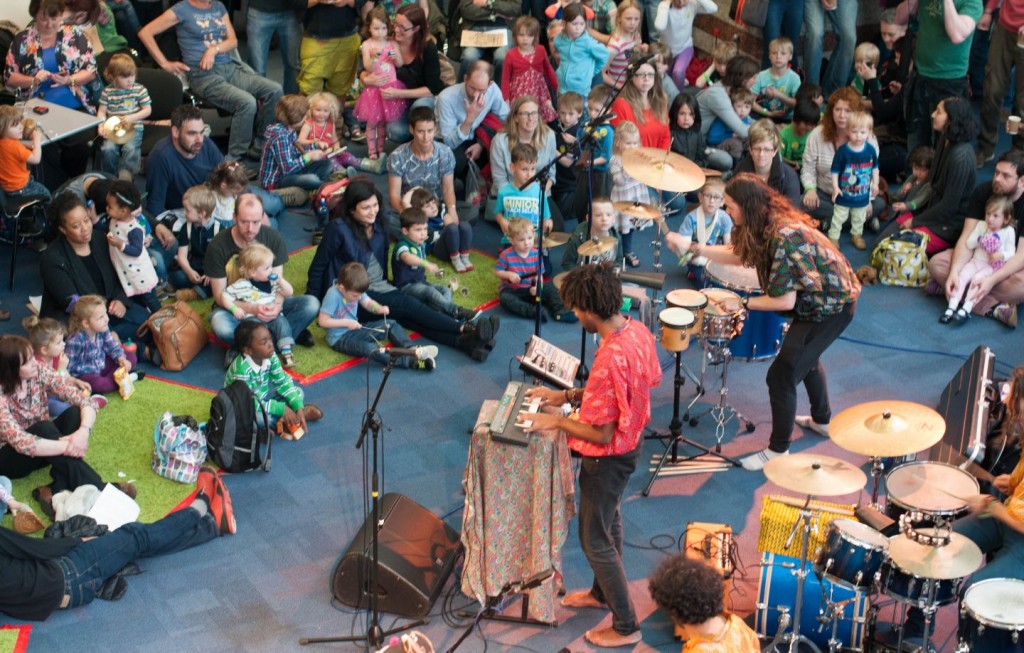