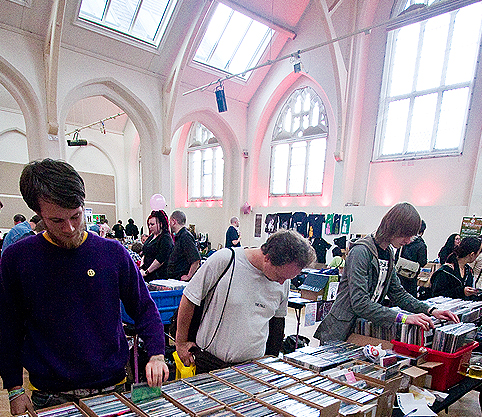 The Supersonic Market Place returns this year to host an array of delights and delicacies. Featuring independent record labels, record shops/distributors, zines and printed artworks alongside a variety of cakes, ales and teas and coffees, we recommend bringing your pennies!
Open Friday 21:00 – 24:00 + Saturday 16:00 – 24:00

. Alt Vinyl – Northumberland based record label. They have built a reputation for issuing beautifully packaged and critically acclaimed vinyl releases by the likes of Richard Dawson, Rhodri Davies, Zoviet*France etc.

. Ben Waddington (Skulls Out For Summer) – ‘Skulls Out…’ celebrates Supersonic’s occupancy of South Birmingham College and imagines what would feature on the syllabus and be created in the workshops were Capsule to become a permanent vocational fixture here. 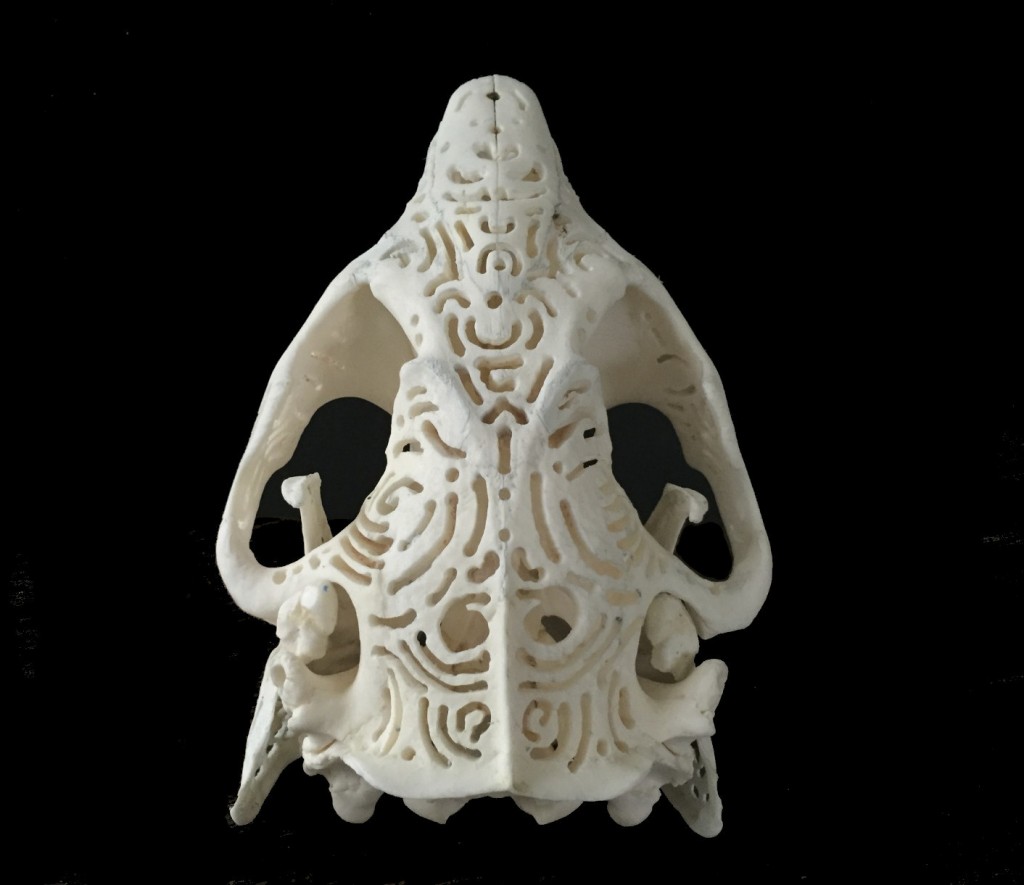 . Bunny Bissoux – Bunny is an artist, illustrator and obsessive fanatic, raised in Birmingham and currently based in Tokyo, Japan. Bunny returns to the festival selling prints, zines, badges and stickers in addition to vintage trading cards, cult memorabilia and treasures from Japan. 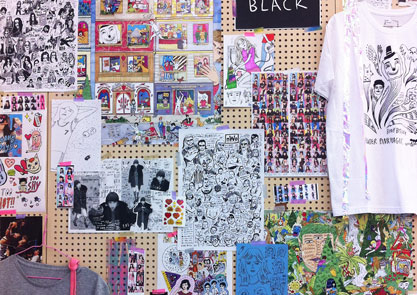 . Drag City – Making records since the second death of “Paul McCartney”. A home to bands that actually smells like home featuring Bonnie ‘Prince’ Billy, The Howling Hex, Bill Callahan, Black Bananas, Ty Segall, Six Organs of Admittance, Silver Jews, OM and Joanna Newsom, among many, many, MANY other amazing bands and artists!
. Edgeworld Records – A Supersonic regular since 2011. No longer a shop but still active with Pop-Up stalls specialising in all things Alternative, Outsider, Emergent…VINYL!

. Edgeworld Records – A Supersonic regular since 2011. No longer a shop but still active with Pop-Up stalls specialising in all things Alternative, Outsider, Emergent…VINYL!

. Irrational Media Society – Birmingham based record label creating vinyl for a worldwide selection of Artists with only one item on the agenda “Do what you love and do it well” … Electronic Music and Illustration.

. Lancashire and Somerset – A humble record label, currently living in the hills of Shropshire. Supporting and growing a family of bands with a like minded ethos. Artists include Enablers, Kogumaza, Nathan Bell, Daniel Bachman, Mugstar, Nick Jonah Davis.

. Milque and Muhle – An independent record shop based in the Custard Factory, Digbeth. Stocking alternative music for adventurous audiences, ranging from all alternative second-hand to current rare underground, we also stock cassettes and fanzines.

. Oaken Palace Records – An independent record label based in Birmingham. The label primarily focuses on Drone and Psychedelic music. What distinguishes Oaken Palace Records from other labels is that it is 100% charitable, all profits are donated to environmental organisations that work towards the protection and conservation of endangered species and their habitat.

. Rope Press – The home for independent printing and publishing in Central England, based in Birmingham. Selling zines, comics, CDRs and cassettes.

. Upset The Rhythm are a DIY collective from London who have been promoting
shows and releasing records since 2003. Run with enthusiasm, sincerity, a
sense of adventure, and a desire to have fun in the process. Besides their commitment to the UK’s fertile underground music scene which has seen them release albums by Sauna Youth, Ravioli Me Away, The Pheromoans and Trash Kit to name but a few, Upset The Rhythm have also released a wealth of music from the USA, most notably working with John Maus, No Age, Future Islands and Deerhoof.