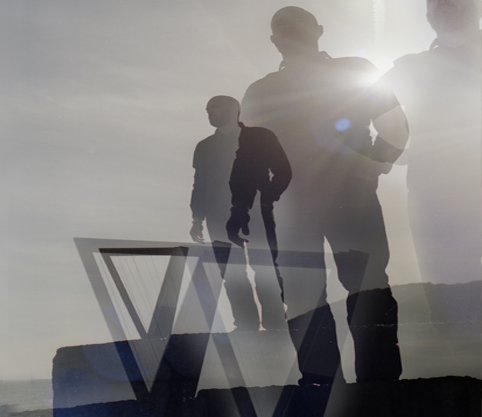 The usual: peace, love, the environment and getting rid of the Tories.

Rhodri Davies is no ordinary harpist. He pushes the instrument into previously unchartered territory, building fire and ice installations and exploring the cultural associations of the instrument through solo works, improvisation and frequent collaborations. His project with Richard Dawson, Hen Ogledd, is a true meeting of souls. Rhodri has also recently performed on Jenny Hval‘s new record, Apocalypse, girl.

Our friend Poppy Twist of fine Birmingham two-piece, Table Scraps asked Rhodri some questions. Here is what he wrote back:

Supersonic is proud to be based in the Home of Metal. What is your hometown the ‘home’ of?
My hometown is Aberystwyth. Pen Dinas hill, just south of the town, was the home of Maelor Gawr, the early Celtic king and giant. When he was caught and sentenced to death by his enemies, he was allowed his final request to blow on his horn three times before his execution. The first time he blew the horn his hair and beard fell out. On the second blast all his fingers and toenails fell off. On the third blast, the intensity of the sound broke the horn into tiny pieces.

The usual: peace, love, the environment and getting rid of the Tories.

You’re curating a dream festival line-up and can pick any artists living or dead. Who makes the cut?