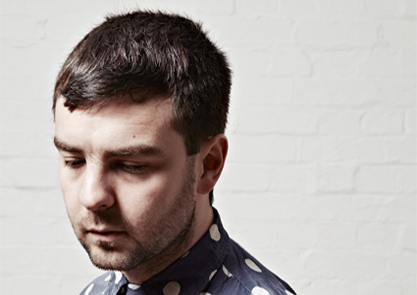 Apostille is the solo outlet of Night School Records founder, Michael Kasparis. A darkly expressive synth pop freewheel, Apostille is, like some of the finest pop music, both a musing on and an antidote to oppression. Pleasingly unpredictable, humorous and totally absorbing live, we’re delighted to have Apostille join us for Supersonic. Today he released his debut album, Powerless, so we thought we’d celebrate by publishing a mighty fine interview he did with Poppy Twist. Thank you Poppy for coming up with the questions.

You can stream Powerless by Apostille at The Quietus right now.

You are given the opportunity to write a new soundtrack for an existing film. Which film do you pick and why?

The Breakfast Club. I could pick something more ‘worthy’ or heady but that’d be too easy. I’d find it more interesting making music for something that isn’t as open to interpretation. Doing music for Solaris or Valerie would be cool and all that but I’d probably get more out of trying to better Simple Minds.

Adam and Jonathan Bohman – aka The Bohman Brothers. Adam blew my mind years ago at a house show, it was an incredible performance with improv, noise, surrealism, concrete poetry. His genius is to bring a sense of humour, of the truly unexpected, into something [improvised music] that’s often characterised as dry and alienating. You don’t have to be indoctrinated into the meta-language of improvisation to enjoy it.

Who cares? Oh wait. Loads of people. I don’t. I like ‘gear’ but some of the best things I’ve ever seen have been people singing along to their iphones. I appreciate people have strong opinions on the matter but I think technological elitism in either direction just gets in the way. I’m always suspicious of any thinking that is so firmly set in stone. I swing all ways.

You’re curating a dream festival line-up and can pick any artists living or dead. Who makes the cut?