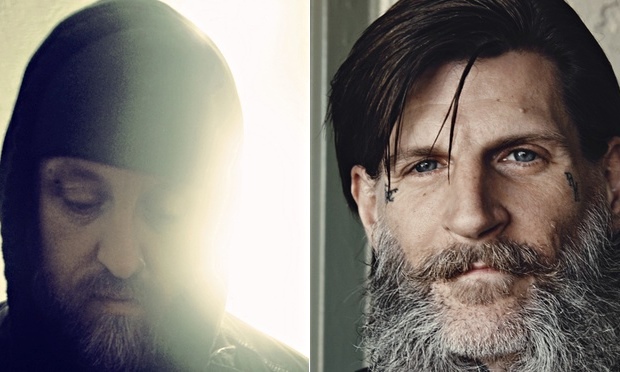 Supersonic are beyond excited to host this first time live collaboration of The Bug vs Dylan Carlson of Earth. It’s a collaboration that simply cannot be understated. Dylan Carlson and Kevin Martin are both long established figures presiding over the radical fringes of heavy music, holding the attention of curious minds and audiences for over twenty years worldwide. Carlson, the mainstay of Seattle’s Earth, has created a volume of daring work that originates in distorted drone and expands over cinematic Americana, folkloric balladry and proto-rock, whilst Martin (as The Bug, Techno Animal, Ice, King Midas Sound) gained notoriety producing hulking hyrbids of dancehall, dub and techno that are unparalleled in tactility and dark aggression. As The Bug vs Earth, they released Boa / Cold for Ninjatune in December (listen here), and it is with great pleasure we can announce that they will be performing together for the first time ever, especially for Supersonic Festival. Following this performance, The Bug shall be joined on stage by Flowdan to round up proceedings on Saturday night in style. 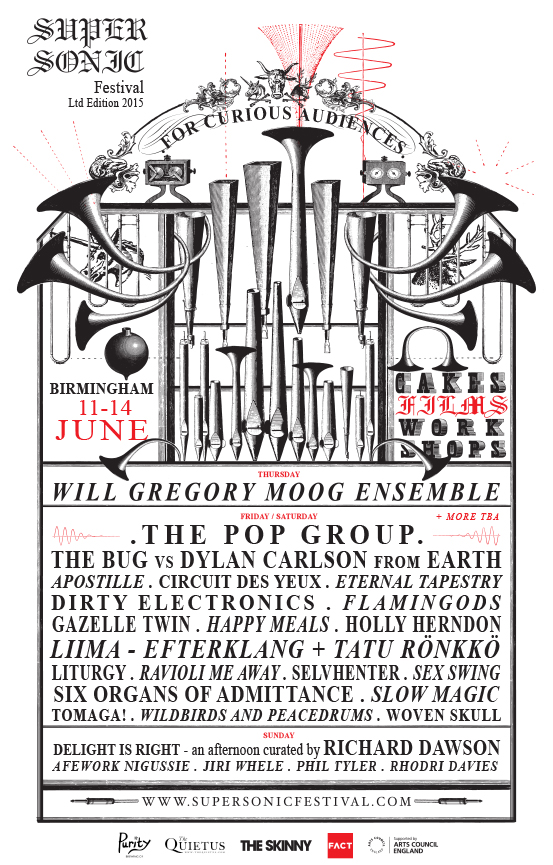 On Sunday 14 June Richard Dawson curates an afternoon show named after his infamous podcast the DELIGHT IS RIGHT. With a number of rare UK performances by artists handpicked by Dawson, the line-up reflects the diversity of sounds that feed into his own songwriting which includes performances by  Afework Nigussie, Jiří Wehle, Rhodri Davies, Phil Tyler and Angharad Davies.